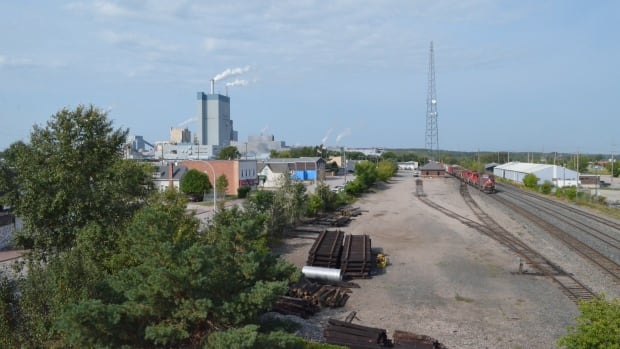 
In the middle of a particularly frigid, snowy winter this past year, two community leaders in Dryden, Ont., announced plans to open a temporary emergency shelter for three nights a week.

There were hopes for it to open on Friday, Saturday and Sunday nights at the Full Gospel Church, supported by the Kenora District Services Board (KDSB), which administers a range of social services to nine municipalities across northwestern Ontario.

That news came as a relief to people living without stable housing, because there is no permanent shelter in the city of 7,400, located 350 kilometres west of Thunder Bay. This is despite the fact there has been a longstanding need for a shelter, with the KDSB estimating 60 to 80 people are precariously housed.

However, the shelter never opened and there’s no indication there will be one this winter either.

“I think at this point [people who are precariously housed] have given up on any hope, because it’s been nothing but broken promises,” said Shauna Pinkerton. She has lived experience of addiction and is now a community support worker delivering harm reduction supplies and education to people in the community.

Pinkerton said that after the announcement was originally made on Christmas Eve in 2021, the people she was working with would constantly ask her, “‘When is it going to start? We need somewhere to sleep.'”

Pinkerton said she never got answers to what happened last winter, adding the result is people either have to sleep outdoors or other community members’ homes become de facto shelters.

Mikey Verbonac, another community support worker in Dryden, told CBC News last summer that he often has nine or 10 people sleeping on his floor because they have nowhere else to go.

“They’re all homeless. They have no place to go. I open my door for them,” Verbonac said at the time.

Community opposition played some role in derailing last year’s plans to open the temporary shelter, according to Henry Wall, chief administrative officer for the KDSB.

“There were a lot of concerns expressed about the location, so we ended up not moving forward,” Wall told CBC News.

“It demonstrated to us just how much community and public education still needs to occur when we talk about mental health and addiction, but also around homelessness and the stigma that people who experience homelessness face every day from the general public.”

There were efforts to find an alternative location in the downtown area, said Nikolas Amodeo, a pastor with the Dryden Full Gospel Church.

“At least 20 locations were considered. However, each had significant health, safety or security barriers: safety concerns of a location in proximity to children or schools; inability to meet fire code, building code, zoning, or city bylaw requirements,” he added in an email.

There are some options to help people escape the elements if needed, Wall said, including finding overnight beds in hotels or other places in the community.

In their efforts to eventually bring an emergency shelter to Dryden, Wall said the KDSB has been working with the general public and local businesses to build support and a whole-of-community approach to address homelessness in the community.

“I think the community is waking up to the fact that it has a homelessness crisis along with a drug crisis.”

A shelter alone is not enough

Even if a shelter were to be constructed in Dryden, Wall said, the community needs additional resources to end chronic homelessness.

“We are concerned that if the drug crisis isn’t addressed, having a shelter, just that in itself, is going to put an unsustainable amount of pressure on the shelter system,” he said.

“In the absence of community support programs and healing programs, a shelter does become almost a dumping ground for all the other services and programs in the community.”

Wall pointed to what happened a few years ago in the neighbouring city of Kenora, when the shelter was closed off and on for several weeks in 2019 amid concerns over crime and drug use in the community. The shelter reopened that year.

There is a desperate need for more transitional, supportive housing, as well as an addiction treatment and a detox centre in Dryden, Wall said.

While there is a lot more work to do, Wall added there have been some positive developments, including the ongoing construction of 41 new seniors units, which will open up an additional 20 units for single adults.

“That would be 20 units that we didn’t have for people that we can now support to get off a couch, to get off the street, and that’s going to make a big difference.”

Those units are expected to be completed in the next 12 months, he said.