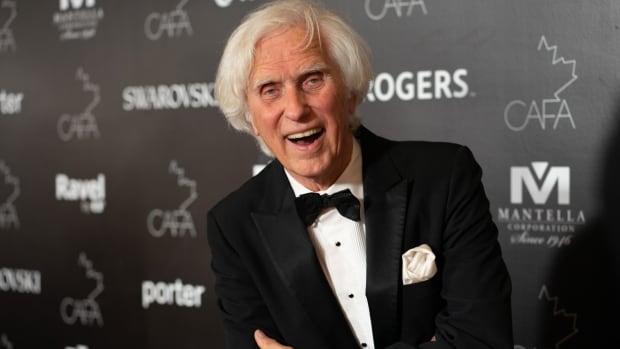 
Canadian photographer Douglas Kirkland, whose intimate shots of Marilyn Monroe taken a year before her death earned him the trust of many Hollywood stars, has died at 88.

The Ontario-born artist’s wife, Françoise Kirkland, confirmed her husband died Sunday at their home in Los Angeles. A cause was not given.

Born Aug. 16, 1934 in Toronto, Kirkland spent much of his young life in Fort Erie, Ont., where his father ran a small suit store. In a 2017 interview with the National Museum of American History, Kirkland said his dream to become a photographer began while looking at Life magazines his father brought home from that store.

After commuting from Fort Erie to Buffalo, N.Y., to attend Seneca Vocational High School, Kirkland moved to the United States full-time. He worked at a printing studio in Richmond, Va., before spending time as an assistant to photographer Sherwin Greenberg from 1957 to 1958.

WATCH | Douglas Kirkland on the experience of photographing Marilyn Monroe:

‘She was just under this white silk sheet with nothing on’: Douglas Kirkland on his iconic shoot with Marilyn Monroe

The Canadian photographer known for his celebrity portraits recounts the story behind his famed 1961 shoot with Marilyn Monroe to CBC’s Deana Sumanac-Johnson.

He would later join Life magazine, but his career truly began when he was assigned a photo session with Monroe as a young staff photographer for Look magazine in 1961.

Those images, which featured the actress seductively wrapped in white bed sheets and that took place just months before her death, became some of her most memorable.

He would go on to shoot other legends of the era, including Audrey Hepburn, Jack Nicholson, Coco Chanel, John Lennon and Margot Kidder in her 1976 Playboy pictorial.

Kirkland also worked as a photographer on film sets for some major Hollywood movies — working on over 100 during his career. There, he captured images of The Sound of Music, 2001: A Space Odyssey, Titanic, and Moulin Rouge. He grabbed some of his most iconic images on the edges of such shoots — including one experience with actor Elizabeth Taylor.

During the filming of Cleopatra in 1963, Kirkland went to an interview that Taylor had agreed to give Look magazine in Las Vegas — on the condition there wouldn’t be any pictures. Kirkland was sent on the off-chance she would allow him to photograph her.

After describing himself as new to the magazine, Kirkland managed to convince Taylor to sit for a few pictures. He described it as the true beginning of his life as a photographer.

“The photographs ended up launching my career,” Kirkland said in an interview with Toronto Life. “After they ran on the cover and in the magazine, they were syndicated around the world, and I became a bona fide celebrity photographer.”

He received many honours later in life (though did not have an exhibit in Canada dedicated to his work until 2016) including an outstanding achievement award from the Canadian Arts and Fashion Awards in Toronto in 2019. At that event, Kirkland said even then he was continuing to produce photography.

“I love it and I still work. I’m in my mid-80s,” an energetic Kirkland told CBC News, “and I’m still working every day and enjoying it.”

Kirkland is survived by his wife, Françoise, whom he met while in Paris photographing Audrey Hepburn in 1966. He is also survived by son Mark Kirkland, the filmmaker and longtime director of The Simpsons.