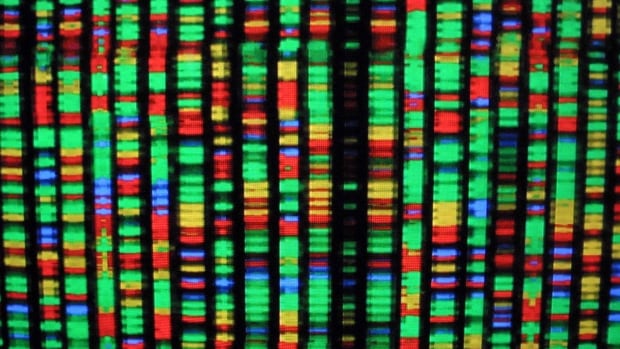 DNA-assisted mug shots in law enforcement are based on dubious science. So why would Edmonton police use them?


Sporting short-cropped hair and a neutral expression, the man in the picture stares straight ahead.

He’s 25, but could pass for younger, and he is Black. The police released this picture in the hopes that someone can identify him, because the man is the prime suspect in a violent sexual assault from 2019.

Except he’s not real.

That’s not to say the assault didn’t happen; it most certainly did. And the man who committed the assault is indeed real, and still at large, unidentified.

But the picture Edmonton Police Service released as part of a news conference Tuesday is a computer-generated image based on the profile of DNA collected from the victim — a controversial practice questioned by genetic scientists and shrouded behind the closed-source technology of a private U.S. firm.

After widespread criticism for releasing an image of a generic Black man, EPS apologized on Thursday, and removed the image from its website and social media accounts.

But questions remain about why police used Parabon’s service in the first place, not only ignoring the scientific community’s concerns, but framing the technology as a “scientific approximation.”

“As a Black Canadian who practices in Alberta, I’m concerned that members of the Black community will be unfairly targeted by the use of this technology,” said lawyer Idowu Ohioze.

‘A bit of science fiction’

Parabon is not the only company offering this service, which it calls Snapshot. But it is perhaps the most high-profile, owing to its use by dozens of law enforcement agencies around the world, including police in Calgary, Saskatoon, Sudbury and Windsor.

Benedikt Hallgrímsson is a biological anthropologist and evolutionary biologist at the University of Calgary, and a leading expert in his field. In 2015, he told the New York Times that forensic DNA phenotyping was “a bit of science fiction at this point.”

Not much has changed.

“I’m not comfortable with the claims that Parabon makes,” he said. “I think they oversell their ability to predict the facial-shape phenotypes.”

Our physical traits are influenced by a variety of factors, including genes. From a genetics point of view, the more genes and genomic variants that a trait relies on, the harder it becomes to accurately predict. Red hair is easy to predict, blonde hair is not.

“Those of us working in the field in the genetics of facial shape don’t actually know how the company is doing their predictions,” said Hallgrímsson.

“Facial shape is highly polygenic — that is, it’s determined by probably thousands of genes, tens of thousands of genomic variants. We know very few of these, we know something like 5-10 per cent of the ones that have significant effects on the shape of the face.”

To complicate things further, the interaction between variants can also influence the outcome.

“You have to understand those interactions, and those can be very difficult to quantify even for situations where you have 10 different genes,” said Hallgrímsson.

“When you have thousands, it’s pretty much impossible.”

While Parabon has not opened up its technology to vetting, it has examples on its website of generated images compared to the person eventually charged. Even within this limited selection, however, the discrepancy between prediction and reality is apparent.

In a statement, Parabon said that phenotyping “is not a value judgment and is not racial profiling; simply a scientific finding objectively based on evidence left at a crime scene.”

The company acknowledged that “the exact details of our method have not been published” but added that they “have attempted to be as transparent as possible by presenting our work at conferences and posting every single composite that goes public on our website, so people can draw their own conclusions about how well our technology works.”

“To use it as a form of suspect identification is going to be suggestive at best,” said Brenda McPhail, a privacy and surveillance expert with the Canadian Civil Liberties Association.

“And when it comes to the fundamental rights that are at stake in a police interaction… a wish and a guess simply aren’t sufficient grounds for an engagement.”

Pointing out that there are many Black people in Alberta who could potentially resemble that image, Ohioze noted that it could not only mislead investigators with false identifications, but also complicate a prosecutor’s case in court.

“Identification is a central issue in every criminal trial. In fact, it’s the first thing that the Crown has to prove.”

In a statement apologizing for the image, Enyinnah Okere, chief operating officer for the EPS community safety and well-being bureau, underscored that the victim of the sexual assault “may never fully recover, made worse by the fact that after two years, she has not received justice.”

As Det. Colleen Maynes did in a news conference announcing the Parabon image two days earlier, he noted that it was a last resort in an investigation with little to go on.

Okere, who is Black, said that he had felt conflicted about the image.

“While the tension I felt over this was very real, I prioritized the investigation – which in this case involved the pursuit of justice for the victim, herself a member of a racialized community, over the potential harm to the Black community. This was not an acceptable trade-off and I apologize for this.”

In a news conference Thursday, Edmonton police Chief Dale McFee said that while he wasn’t involved in the decision to use the Parabon image, and supports the decision to apologize and backtrack, “we have to be very clear that when there’s nothing left, we’ve got to unturn every stone. “

Asked why EPS took Parabon’s claims at face value rather than listen to the concerns of genetic scientists, Okere said that “we did recognize that this is something that’s been emerging in terms of the science, and we have seen that there had been success in Canada and the U.S. in terms of stimulating leads, and that is the balance that we weighed.”

Ohioze questioned why EPS chose this particular case — in which the suspect was already known to be Black — for trying out phenotyping.

“I would like the Edmonton Police Service to be transparent about how that decision was made, given that there are many unsolved cases to choose from,” he said.

“I think EPS were testing the waters to see if this [technology] was something the general public would take issue with.”

McPhail is skeptical that forensic DNA phenotyping as practised by Parabon can play a legitimate role in police investigations. In her view, what’s needed are “legal frameworks and guard rails” to limit how police and other public bodies can pursue DNA analysis.

“Although it doesn’t mitigate the trauma that the community has surely felt,” she said, “it does provide a really important and welcome opening for a public conversation about precisely what the risks of this technology are.”