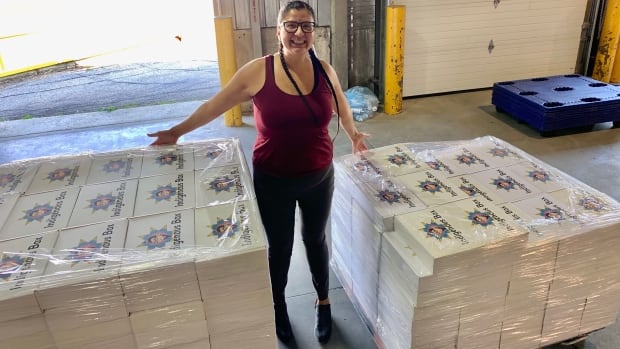 
It’s hard enough to start a business, but young Indigenous entrepreneurs face an even more uphill battle because of a systemic digital gap that’s holding them back — along with Canada’s entire economy.

That’s the main takeaway from a new report by RBC, after spending the last 18 months analyzing economic data and talking with Indigenous stakeholders about how to unlock and maximize their economic potential.

The report includes findings from online surveys of 2,000 Indigenous youth who agreed to participate in the bank’s Future Launch initiative, a 10-year, $500-million bank-funded initiative to help prepare young people for the jobs of tomorrow.

The Indigenous youth population in Canada is growing at a pace four times faster than the rest of the country’s youth, the report says, and Indigenous people create new businesses at nine times the Canadian average.

And while Indigenous entrepreneurs are a vast and growing cohort, a big reason they remain a largely untapped resource is a yawning digital divide.

It’s something that Edmonton-based business owner Mallory Yawnghwe knows firsthand. Growing up in Saddle Lake Cree Nation in Alberta, she never saw the online world as a career opportunity because digital infrastructure in her community was so poor.

Last year, the federal government promised to make sure 98 per cent of the country has access to high-speed internet within five years. Despite that commitment, the report says more than three-quarters of households in First Nations communities don’t have it.

In a global economy that’s moving more and more online, that’s holding them back.

“I come from a reserve where we have very poor internet access,” Yawnghwe said in an interview. “To this day … literally you can’t get internet out there unless you have a connection to a Wi-Fi source, which a lot of people don’t have.”

It wasn’t until she got a business degree from MacEwan University in Edmonton that she saw the economic potential of being digitally connected.

Fast forward to 2020, the pandemic gave her an unexpected chance to fulfil her passion to elevate her community.

Using her digital skills, she reached out to other Indigenous business owners about selling their products packaged together with other Indigenous-made items, from beauty products, to food, to housewares.

Indigenous Box was born — and it’s growing quickly. Launched in the spring of 2021 with a plan to ship four seasonal boxes a year, Yawnghwe says her customer base has already quadrupled and is now in the thousands.

“I see it as an opportunity to really shine some light on just what amazing things Indigenous entrepreneurs are doing,” she said.

Keith Matthew, director of the Tulo Centre for Indigenous Economics at Thompson Rivers University in B.C., says he sees those impacts himself all the time.

A former councillor and chief of the Simpcw First Nation, about an hour north of Kamloops, B.C., Matthew says that less than 20 years ago, the community was relying on dozens of unreliable and expensive dial-up internet connections.

In 2007, the local council decided to spend $175,000 to set up a fibre-optic connection, and Matthew says it was the best investment they ever made.

WATCH | How high speed Internet has been a life saver during COVID-19:

Keith Matthew of the Simpcw First Nation near Kamloops says high speed internet has been a life saver for his community, especially during the pandemic. 0:38

“If we didn’t have that connection, a lot of young people would not have [what] they need to advance their careers,” he said in an interview.

Two-thirds of jobs currently held by Indigenous workers in Canada are in danger of either being eliminated or drastically changed by technology, according to the RBC report.

Remote and rural communities are especially in danger because of the infrastructure gap, Matthew said. “Young people get left further and further behind [and] it exacerbates the issue of young people leaving.”

The advantages of being digitally connected are vast — and they often pay off in ways you don’t expect, says Julie Nagam, director of the Winnipeg-based Aabijijiwan New Media Lab. The recently opened lab provides access to basic web tools, such as computers for sound and video editing work, all the way up to complex tasks, like 3D printing and computer animation.

When you give someone access to creative digital tools they didn’t have before, “the sky’s the limit,” said Nagam. “That provides people the opportunity to dream, to think about what’s the potential, the future and where they can push it.

“You don’t know what’s going to happen until people actually have access to that,” she said. “It provides people with new opportunities and new potential training and job opportunities.”

But it’s not just skills and infrastructure that can pose a problem. The report found there’s a systemic bias at play that robs Indigenous entrepreneurs of one of their secret weapons: Confidence.

While the young people surveyed were very confident on the whole in their problem-solving, critical thinking, collaboration and creative skills, they were 13 per cent less likely to describe themselves as having enough digital skills to thrive.

That makes sense to Yawnghwe. “Throughout my life I felt I tried to not feel discouraged by racism, by discrimination, by people thinking that I wasn’t smart enough to be in these spaces,” she said.

Those biased assumptions play out in unequal access to funding from banks. As the RBC report acknowledges, Indigenous people “face structural and systemic barriers to financial security, from restrictions under the Indian Act on asset ownership, to racial bias of lenders.”

A 2017 report from the National Indigenous Economic Development Board found that Indigenous businesses get roughly 10 times less access to investment capital than other businesses do. That means Indigenous people get less than 0.2 per cent of all the credit in Canada, despite making up almost five per cent of the population.

RBC tabulates that the Indigenous economy in Canada is currently worth about $33 billion, but growing it to a level proportionate to its population would triple that amount.

That’s almost $70 billion worth of new money for local communities — and Canada’s economy as a whole.

For Yawnghwe, it’d be an especially welcome sight to see.

“We’re natural entrepreneurs,” she said. “We are the original supply chain of this entire continent, with a trade network that spanned the entire continent prior to colonization. We are just stepping back into these spaces.”

Chicago Woman Isn’t Getting Answers About Why Her Cousin, In A Nursing Home, Has Not Been Given Second COVID Vaccine Shot – CBS Chicago