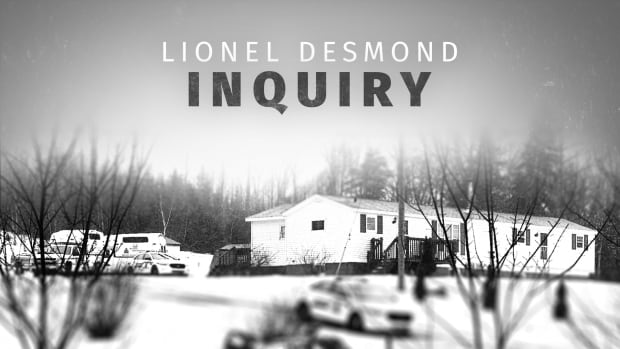 
The Lionel Desmond inquiry heard more Tuesday about the nearly three months in which the Afghanistan veteran went without suitable followup treatment after being released from a residential psychiatric program to treat his severe post-traumatic stress disorder and major depression.

Desmond left Ste. Anne’s Hospital in Montreal on Aug. 15, 2016, with a discharge plan that recommended ongoing psychological and psychiatric visits. The clinicians at the hospital told his Veterans Affairs caseworker and his community team in New Brunswick that they also felt he should get a neurocognitive assessment to see whether some of his symptoms were connected to head trauma he reportedly experienced in combat and in training.

But that didn’t happen.

Desmond’s clinicians in New Brunswick have already testified about the difficulty they experienced in treating him in the community, as he owned a home in Oromocto, N.B., but would spend significant time with his family in Nova Scotia.

It’s been suggested that also contributed to some of the gaps in his followup care after being released from the in-patient treatment program at Ste. Anne’s.

Roughly four months after being discharged, Desmond fatally shot his wife, Shanna, his daughter, Aaliyah, and his mother, Brenda, in a home in Upper Big Tracadie, N.S., on Jan. 3, 2017, before shooting himself.

The circumstances around the murder-suicide — and the presumption it could have been prevented — are the heart of the inquiry happening in Port Hawkesbury, N.S. The inquiry will make recommendations about how to prevent future deaths.

Part of the inquiry’s mandate is to determine whether Desmond had access to the mental services he needed and whether the professionals who met him had the right training to recognize and treat post-traumatic stress disorder.

The Occupational Stress Injury Clinic in New Brunswick referred Desmond to their sister clinic in Halifax, also funded by Veterans Affairs, for ongoing treatment on Sept. 30, 2016, roughly six weeks after he was discharged from Ste. Anne’s Hospital.

There’s no indication that he saw anyone in New Brunswick in those six weeks.

The inquiry heard from a nurse at the OSI clinic that Desmond’s Veterans Affairs case manager was trying to find him a therapist near his home in Guysborough County to save him the drive to Halifax for appointments. His referral to the clinic for psychiatric services — to manage his medication — was put on hold as of Oct. 6, 2016, after his case manager said she would find out if Desmond had a family doctor.

It’s unclear why a family doctor was necessary for Desmond’s admission to the Halifax clinic, although inquiry counsel Shane Russell did ask numerous times.

The testimony did, however, show how many different people and institutions were involved in Desmond’s care — and how that could lead to confusion: he was seen first by OSI in New Brunswick, then transferred to Halifax, and Veterans Affairs was also trying to find him support in the community.

Instead of having Veterans Affairs connect Desmond with a psychiatrist or a psychotherapist in Nova Scotia right after his release from Ste. Anne’s, the inquiry heard Tuesday from the veteran’s family doctor about his search for help on his own.

Dr. Ranjini Mahendrarajah told the inquiry that she first saw Desmond in 2015 for a bee sting. But he came back to see her on Nov. 2, 2016, to say he was still struggling with his PTSD symptoms — in particular, flashbacks and nightmares, she testified.

She noted that Desmond seemed “so pleasant” and that he didn’t show physical symptoms of depression or mental illness, like poor grooming, flat affect or signs of agitation. The doctor did say, however, that she was concerned that Desmond was on psychiatric medication but not receiving any counselling therapy.

Mahendrarajah’s testimony underscored an issue that numerous clinicians have raised: not knowing about the earlier treatment Desmond had received.

She testified that he told her he’d seen psychiatrist Dr. Ian Slayter at the emergency room in Antigonish, N.S., about a week earlier. But Mahendrarajah said she knew nothing about the treatment for PTSD he received while in the military, at the Occupational Stress Injury Clinic in Fredericton, or about his recent release from Ste. Anne’s.

The doctor referred Desmond to Slayter for another assessment and to connect him with counselling therapy.

When asked whether the information about his previous treatment would have changed her approach to the patient, she noted that she would have asked Slayter to see Desmond as soon as possible.

To read more about the inquiry: