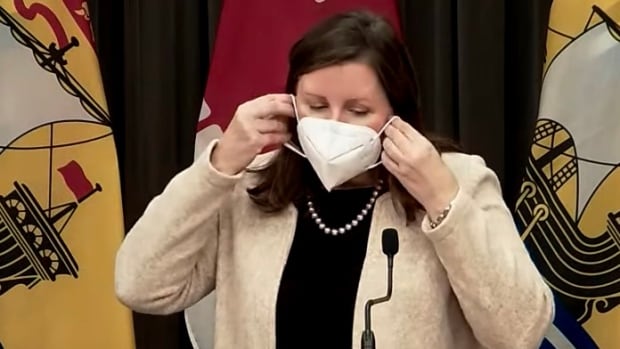 Death rate in N.B. was the highest in Canada during the last six months of 2021


New Brunswick set a grim record for deaths in the days before and after Christmas 2021 as the COVID-19 Delta and Omicron variants spread widely through the province, according to new estimates released by Statistics Canada.

New Brunswick officially recorded just 37 deaths from COVID-19 in the last five weeks of 2021, but according to new Statistics Canada modelling,1,129 people died during the period — 327 more than would normally be expected at that time of year.

That pushed New Brunswick’s “excess death” rate during the final six months of 2021 to the highest among provinces in Canada, an issue that needs investigation and explaining according to an infectious disease specialist at the University of Toronto.

“The level of excess mortality in New Brunswick during that period is enormous,” said associate professor Tara Moriarty. “And if it’s not COVID killing people, what the hell is it?”

With its latest New Brunswick estimates for December and revisions to earlier estimates, Statistics Canada now says New Brunswick experienced more deaths than normal in each of the final 25 consecutive weeks of 2021.

In total, 4,599 people died in the province during those 25 weeks, 886 more than normal. It’s 23.9 per cent more than would be expected in the absence of the pandemic and the highest rate among provinces over that period — ahead of British Columbia, Saskatchewan and Alberta.

“To understand the direct and indirect consequences of the pandemic, it is important to measure excess mortality, which occurs when there are more deaths than expected in a given period,” Statistics Canada noted in an explanation of the project.

“There is evidence of excess mortality when weekly deaths are consistently higher than the expected number, but especially when they exceed the range of what is expected over several consecutive weeks.”

In its latest release Statistics Canada includes new mortality numbers for New Brunswick that cover Nov. 28 to Jan. 1, a period in which the province was under siege by rapidly rising COVID-19 infections.

New Brunswick had largely lost its battle to contain COVID-19 through an “elimination strategy” after it lifted health protections prematurely, according to health officials, including Dr. Gordon Dow, an infectious disease expert with the  province’s Horizon Health Network. Most precautions were lifted in the summer of 2021 just as the Delta variant began circulating.

Schools were closed early for an extended Christmas break, organized sports were suspended and household bubbles of 20 were reintroduced in an effort to contain the outbreak.

“We had all hoped for a better end to this year,” said New Brunswick’s Chief Medical Officer of Health Dr. Jennifer Russell at a press briefing on Dec. 21.

It is during this period Statistics Canada now says deaths in New Brunswick were also surging to record levels.

It estimated a pandemic-high 93 more people than normal died the week ending Dec. 4 with another 234 more than normal over the following four weeks.

Moriarty says the fact that deaths were on the rise at the same time as infections suggests the two have to be linked.

“There was a Delta wave in New Brunswick and you can really see it in the mortality data,” said Moriarty.

“The overlap is almost perfect in time. So that’s a really important clue that a lot of it is likely COVID-related.”

Moriarty said some deaths might be only indirectly caused by COVID — like someone having a heart attack and “delaying accessing emergency care, for example, like being afraid to go to hospital,”  but said whatever was causing the deaths needs to be identified.

It’s important in helping to fully understand the virus and to better plan public health responses to future variants and pandemics.

The New Brunswick Department of Health has said it is aware the province did experience excess deaths in 2021 but is not ready to acknowledge yet that may have been undercounting COVID deaths.

“The excess deaths reported by Statistics Canada could be connected to COVID, although further analysis needs to be completed in order to validate the true number of COVID-19 related deaths in New Brunswick in 2021,” department communications officer Michelle Guenard said in an email to CBC News earlier this month.

“A decision has been made that the Department of Health will complete an excess death analysis once all registered deaths for 2021 have been coded with Statistics Canada.”

RCMP account of how they entered my home is wrong, mom says