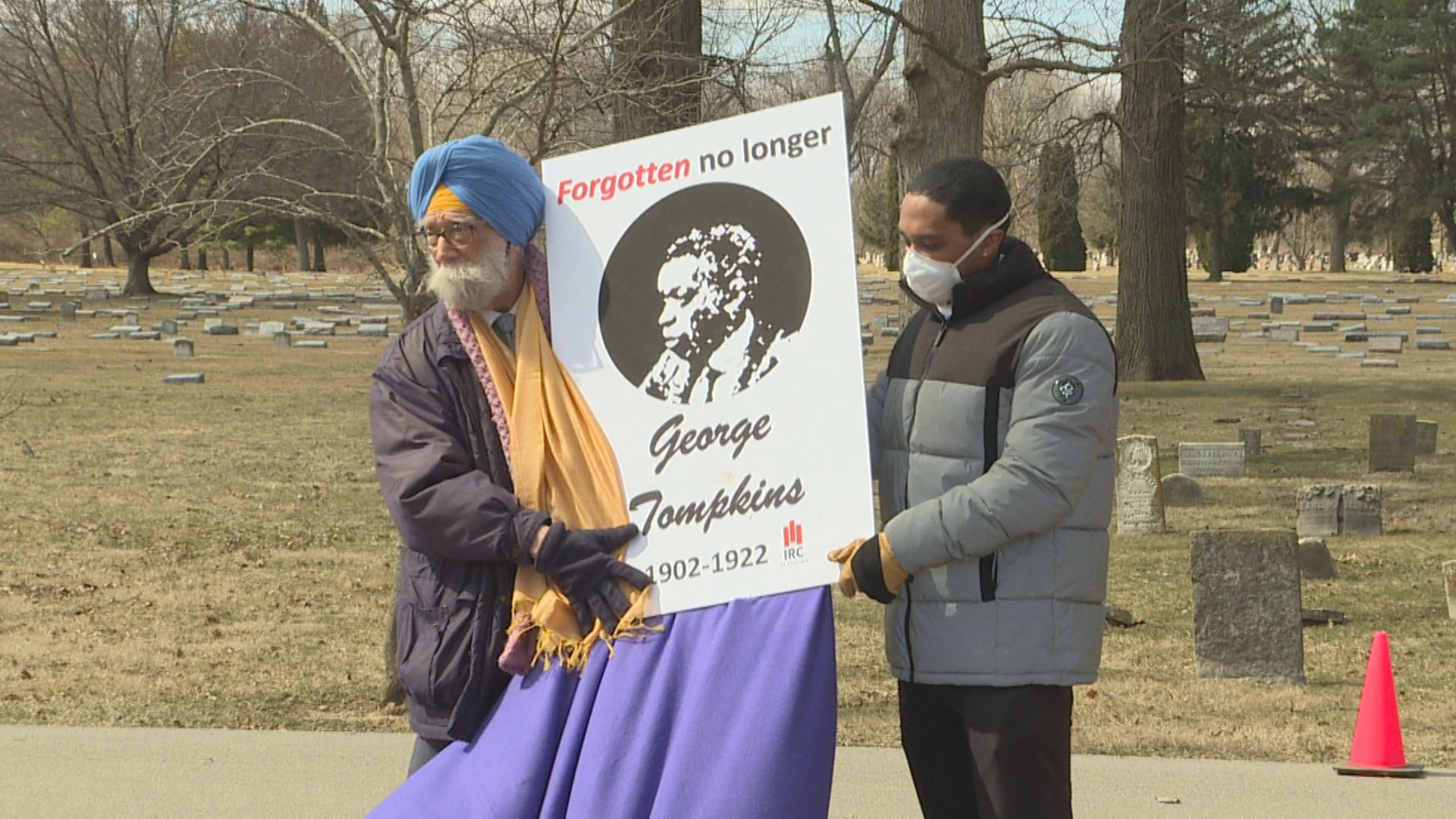 
INDIANAPOLIS (WISH) — The body of George Tompkins, his hands tied behind his back, was found hanging from a tree March 16, 1922, in the Municipal Gardens section of Riverside Park.

On Saturday, the case of the 19-year-old Black man was officially ruled a homicide.

Riverside Park, created in 1898, still exists west of downtown Indianapolis. Just last summer, an amphitheater opened in the park honoring a mayor who served when Indianapolis entered the 20th century.

But Tompkins’ death had long been what the Indiana Remembrance Coalition described in a news release as a “hidden chapter of Indianapolis history.”

The coalition based at St. Luke’s United Methodist Church had a ceremony Saturday for Tompkins at Floral Park Cemetery, just off Holt Road south of West Michigan Street.

The death, which appeared on the front pages of Indianapolis newspapers 100 years ago, had initially been ruled a suicide on the death certificate.

“I was very surprised that this had happened back in 1922 – that the circumstances of this death were not properly examined,” McGinty said at the event, according to a news release. “But, I’m not entirely surprised, given the times in which this occurred.”

Mayor Joe Hogsett told the gathering, according to the news release, “In 1922, teenager George Tompkins did not receive justice from his city – neither in life, nor in death. Today, by remembering and preserving our full history, we commit ourselves to a more just and humane future for all residents of Indianapolis.”

After the program, the coalition unveiled a headstone it had commissioned for Tompkins’ unmarked grave.

The coalition’s news release also said, “In contrast to many of the more than 4,000 lynchings after Reconstruction and before the civil rights era, George Tompkins had never been accused of a crime. The motive for his killing has never been determined.”