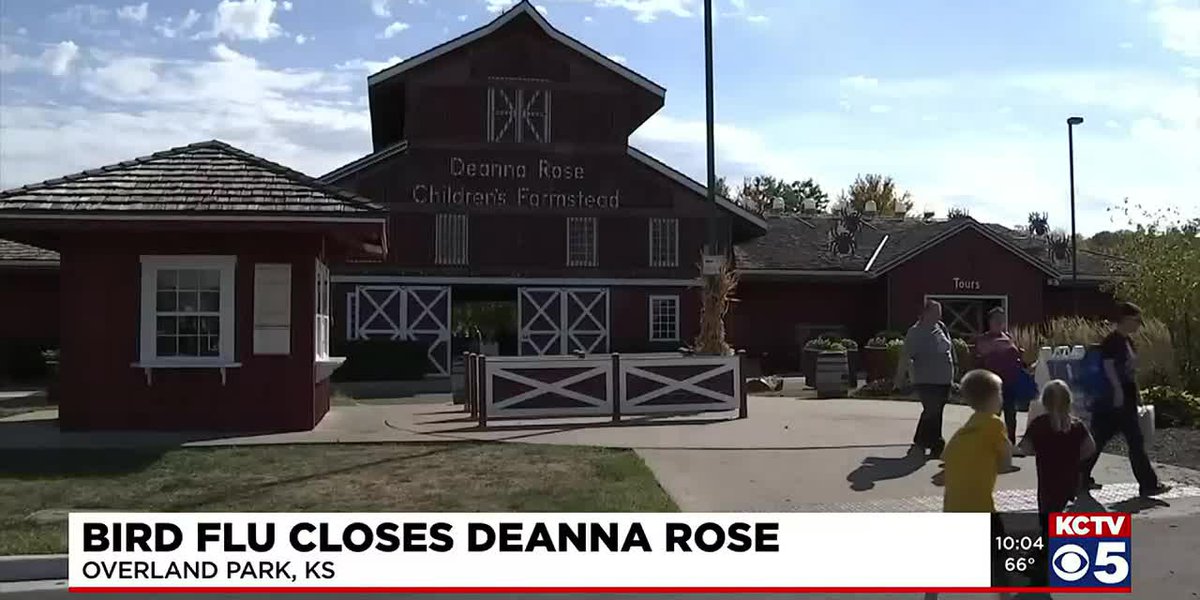 
OVERLAND PARK, Kan. (KCTV) – One of the area’s most popular family attractions will be closed on Thursday because of bird flu.

The avian influenza virus was discovered in geese at the Deanna Rose Children’s Homestead in Overland Park.

Parents and children flooded out to the sound of an intercom announcement apologizing for closing early. The announcement didn’t say why. Some were bewildered. Many were disappointed.

Four-year-old Nash Cooper was having a meltdown.

“We got about 30 minutes in and he’s not ready to leave,” explained his mom, Liz Cooper.

Two families, eight parents and kids combined, drove all the way from Leavenworth and arrived 1.5 hours before the early closing.

“We’re about an hour away,” said mom Adalyssa Singletary. “So, had we known a little sooner, we may have waited another day to come.”

Meg Ralph, the city’s communications manager, said the staff made the decision soon after getting guidance from the Kansas Department of Agriculture late Wednesday morning.

She said the staff was doing their rounds this weekend when they discovered four of the farmstead’s geese dead at one of the ponds, alongside a wild duck. They sent the birds to a veterinarian and then to the Kansas Department of Agriculture. Late Tuesday night, she said, the test results came back as a probable positive for avian influenza — commonly known as bird flu. The suspicion is that the wild duck spread the virus to their domesticated flock.

“It’s really sad,” said Veronika Yatskevich, who was there with her mother and 14-month-old daughter Oksana. “My daughter loves the birds. They’re her favorite. She could spend all day looking at the chickens.”

At the enclosure where the geese were found dead, the remaining geese will be euthanized. To make the habitat less appealing for the wild fowl, they’ll be draining their ponds. They will also be quarantining the rest of their birds — including chickens, turkeys and quail — in their coops for at least 14 days.

They will reopen on Friday, with things looking slightly different for a while. The quarantine means no walkthough coops for a while.

“And in some spaces, you’re not going to see birds out in the yard,” described Ralph. “That’s really just to make sure that we don’t have wild ducks coming through, landing in those spaces, passing it on. Because, that’s sort of where we think it came from in the first place.”

The other animals will be out as usual for petting and feeding, including their beloved baby goats. Activities like tractor rides will continue.

The main risk from the virus, according to the KDA, is just to other birds.

“I think it’s really smart just to keep the other animals safe,” opined Yatskevich. “Deanna Rose is so important to our community. So, I think it’s important that they’re taking precautions.”

As to what precautions you should take if your kids were at the farmstead in the past few days, the CDC reports human infection from bird flu is extremely rare. It’s even more unlikely with people who aren’t in close contact with the animals for extended periods of time. You can find more information from the CDC here.

How Florida residents can stay safe in Hurricane Ian’s aftermath

2021 US firearm homicide and suicide rates were highest since the 1990s, CDC data shows