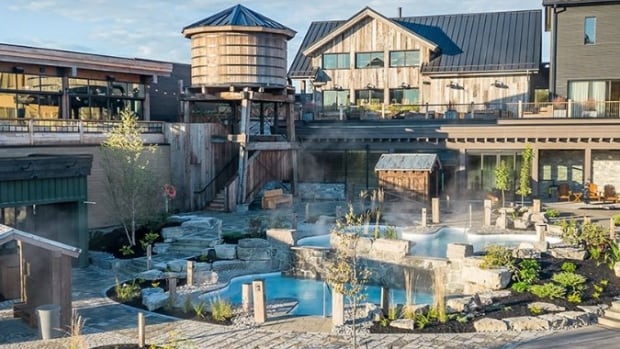 
A new spa in Whitby, Ont. has closed all of its pools after bacteria was detected in its underground saltwater pool and following reports by customers of skin rashes, flu symptoms, ear infections and inflamed lymph nodes.

In a news release on Thursday, Thermëa Spa Village confirmed the Durham Region Health Department found pseudomonas and staphylococcus (staph) bacteria in its Källa pool. The department notified the spa, located east of Toronto, of the finding on Oct. 14, just eight days after it opened.

Ted Snieg, an Oshawa resident who went to the spa on Oct. 8 because he needed a “getaway,” said he has been to the hospital twice after his visit there.

“I was very sick. I was unable to get out of my bed for two full days. I could not eat for four full days,” he said.

Snieg said he started feeling unwell within 24 hours of his visit. Within days, he was diagnosed with cellulitis, an ear infection and a nipple infection. He is now on antibiotics.

The company said it immediately closed the underground pool and hired a team of experts to investigate. On Thursday, it said it closed all of its pools, even though all the other ones were safe, and it is doing an audit of all ot its equipment.

Snieg and several other patrons, however, have taken to Facebook to describe their infections and to complain that the spa should have notified them as soon as it knew there was a problem.

The company notified them on Oct. 19 in a letter from its CEO.

“I have a Facebook group with over 25 people who have gotten sick and we aren’t impressed with the communication from the spa, the transparency until it was too late,” he said.

Snieg wrote on Facebook on Oct. 17: “All my Lymph nodes are inflamed, they’re so big and they severely hurt. I can’t sleep because I’m constantly itchy. My ears I can’t even touch as they hurt so bad with infection.”

Martin Paquette, owner and CEO of Thermëa Spa Village, said in the release that the spa was”devastated” to learn that some customers are suffering from symptoms of staph infections. He said the pool was closed as soon as the company learned of the “suspicious” result.

“To ensure the quality of our water, we will complete a full internal and external audit of every single piece of equipment until they are all functioning to their full potential,” Paquette said.

“As for now, I have instructed my team to close access to all the pools on the site until I have the absolute confidence that our water calibration systems work perfectly for the entire site.”

Sofie Dialynas-Vatsis, who visited the spa on Oct. 8, said the company’s response is not good enough. She said it was beautiful and the service was amazing. But the next day, she said she felt sick.

“I ended up going to the doctors because I couldn’t take it anymore,” she said.

“It was bad; my eyes were burning, my teeth were hurting, my chest was horrible, it felt like an elephant was sitting on me and I got antibiotics. I found out I was very sick, he said I had a serious infection,” she said.

Amanda McLaren, marketing manager for the spa, said the company believes fewer than one per cent of visitors to the pool in the specific time were affected.

“Until we knew the exact nature of the timelines and the nature of people who were affected and how they were affected, we didn’t want to start addressing these concerns until we had a full picture of what was happening,” she said.

McLaren said the company is giving all customers who visited the pool in the specific time frame a credit of $58.

Man dies after being hit by truck, officials say