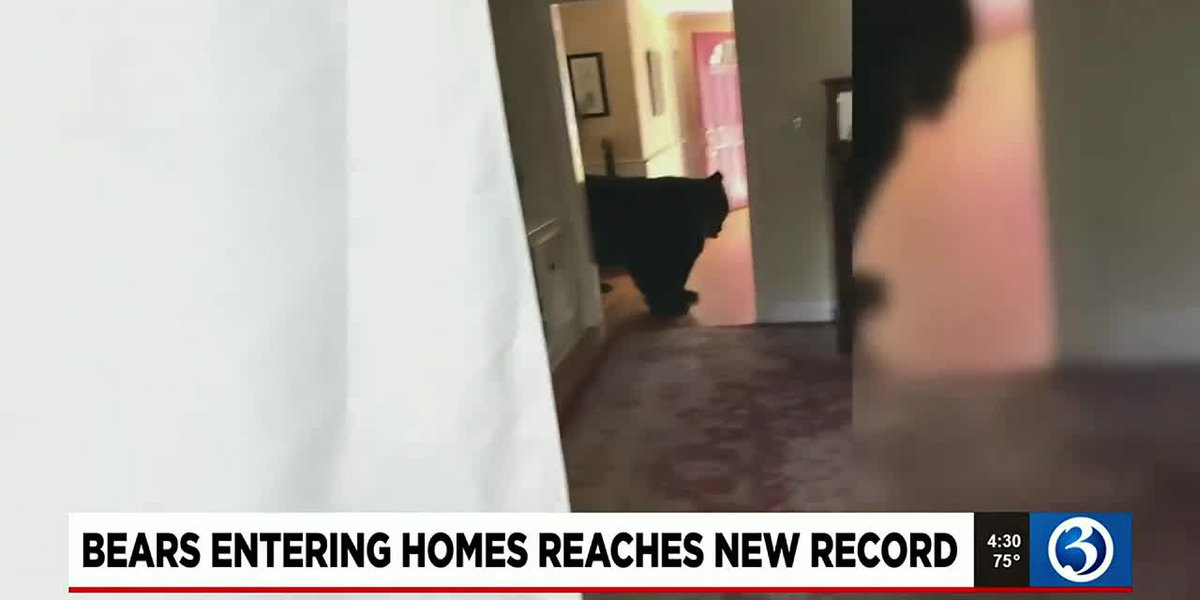 Bears are becoming a lot more comfortable around humans, and that’s why it’s important you try to scare bears away if you do see them.

So far this year, 65 bears have entered homes in Connecticut.

The previous record was in 2020, when there were 45 entries.

Bear sightings typically increase in the fall as bears are getting ready for hibernation and trying to put on some weight.

Eyewitness News spoke with the Department of Energy and Environmental Protection (DEEP) about what’s contributing to this increase.

Jenny Dickson, the Director of Wildlife Division, said that bears are learning more and more that people are a source of food.

“Having an increased number of home entries like that is a growing concern for us and what that’s really resulting from is our bear population is continuing to grow and bears are becoming a lot more comfortable around people, in people’s backyards,” said Dickson.

Some tips to help limit bears from coming on your property include not putting out bird feeders and cleaning out the grill.

Bill Priest has spotted bears in his West Hartford neighborhood for years. Recently, there’s been an increase.

Over the summer, something happened for the first time.

“I went in to get a drink of water and he was in the kitchen,” Bill said.

A bear walked right through the screen door and got into his kitchen. The bear ate an entire bag of marshmallow and snacks.

“This one is definitely not as shy as the other ones have been. He’s not afraid to go anywhere to get something sweet to eat,” said Bill.

“They have now learned that people, houses, backyards are a place where they can get a food reward and that’s encouraging them to visit more yards, knock over more garbage cans, eat some more bird feeders,” said Dickson.

If you do happen to come across a bear, DEEP says the most important thing for you to do is to try to scare it away so that it doesn’t get too comfortable.

“Remember to yell, scream, bang pots and pans, make a lot of noise. Scare that bear out of the yard so that it doesn’t get comfortable,” Dickson said.

That’s exactly what Bill did.

If you do see a bear in your neighborhood, you should report that information to DEEP so that they can track the bear population. For more information on reporting wildlife, click here.