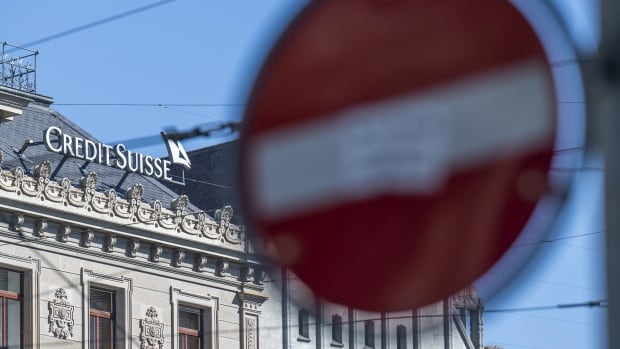 
Credit Suisse shares slid to their lowest level on record on Monday amid concerns about the Swiss bank’s ability to stay afloat.

Credit Suisse shares slid by as much as 11.5 per cent and its bonds hit record lows on Monday after a string of losses precipitated a strategy reboot, and raised questions about the bank’s capacity to revamp its business and
bolster its capital levels.

While Credit Suisse’s recent problems were well known and there had been no major recent developments, Swiss regulator FINMA and the Bank of England in London, where the lender has a major hub, were monitoring the situation and working closely together, a source familiar with the situation told Reuters.

The Bank of England, FINMA and the Swiss finance ministry declined to comment.

CEO Ulrich Koerner last week told staff that Credit Suisse, whose market capitalisation dropped to a record low of below $10 billion on Monday, has solid capital and liquidity.

Credit Suisse had total assets of $735 billion at the end of the second quarter, according to regulatory filings.

The bank plans to unveil its restructuring plan with third-quarter earnings on Oct. 27.

Still, bank executives spent the weekend reassuring large clients, counterparties and investors about its liquidity and capital, the Financial Times reported on Sunday.

A Credit Suisse spokesman declined to comment on the FT report. The weekend calls followed a sharp rise in spreads on the bank’s credit default swaps (CDS), which offer protection against a company defaulting on its debt, the FT said.

On Monday, Credit Suisse CDS soared higher again, adding 105 basis points from Friday’s close to trade at 355 basis points, their highest level in at least more than two decades. The bank’s CDS stood at 57 basis points at the start of the year.

Meanwhile the lender’s international bonds also showed the strain. Credit Suisse’s euro-denominated bonds dropped to record lows, with longer-dated bonds suffering the sharpest declines, though clawed back some losses in the afternoon.

In July, Credit Suisse announced its second strategy review in a year and replaced its CEO, bringing in restructuring expert Koerner to scale back investment banking and cut more than $1 billion in costs.

The bank is considering measures to scale back its investment bank into a “capital-light, advisory-led” business, and is evaluating strategic options for the Securitized Products business, Credit Suisse has said.

Citing people familiar with the situation, Reuters reported last month that Credit Suisse was sounding out investors for fresh cash as it attempts its overhaul.

JPMorgan analysts said in a research note on Monday that based on its financials at the end of the second quarter, they view Credit Suisse’s capital and liquidity as “healthy.”

Still, investors are questioning how much capital the bank may need to raise to fund the cost of a restructuring, analysts at Jefferies wrote in a note to clients on Monday. Also, the bank is now potentially a forced seller of assets, they said.

Over the past three quarters alone, Credit Suisse’s losses have added up to nearly 4 billion Swiss francs. Given the uncertainties, the bank’s financing costs have surged.