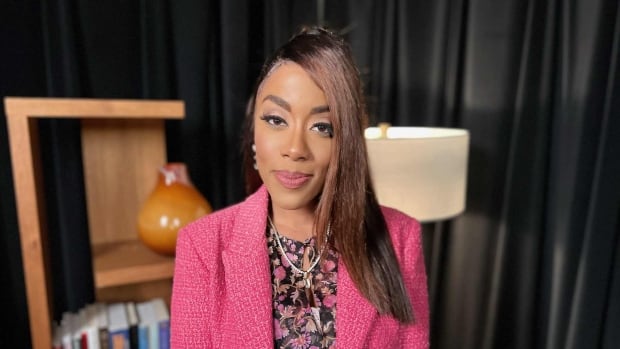 
A well-known Toronto television personality has filed a human rights complaint against Bell Media, alleging “a systemic pattern” of racism, sexism and discrimination, adding that during her 11 years with the company, she was “treated as a token and a commodity.”

In a complaint filed with the Canadian Human Rights Commission on Wednesday, Patricia Jaggernauth, a weather specialist, remote reporter and co-host for the Bell-owned news channel CP24, describes being repeatedly passed over for promotions and earning less than a living wage.

Jaggernauth says she watched as white colleagues, often newer ones, made it higher up the corporate ladder, while she wasn’t even offered a contract — something she attributes to the fact that she is a racialized woman.

Part Guyanese and part Jamaican, Jaggernauth claims she was denied full-time stable employment and was instead forced to work weeks straight without a day off — an experience she says landed her in hospital with pneumonia because she felt she had no choice but to put work ahead of her health.

“I almost died doing what I loved because a freelancer can’t say no. Every hour is bread, every hour is rent, every hour is that tank of gas,” said Jaggernauth, who resigned from Bell Media last Tuesday.

In an email to CBC News, a Bell Media spokesperson said, “We do not comment on matters involving current or former staff members, but can confirm that Bell Media takes allegations of any potential discrimination very seriously, and are committed to a safe, inclusive, and respectful work environment where employees can thrive.

“If a matter is brought to our attention where an employee did not feel adequately supported, a process is triggered to review and address when required.”

‘Good enough to fill in but never … to invest in’

In an exclusive interview with CBC News, Jaggernauth broke her silence about her time at Bell.

At first, she said, landing a job there felt like “a dream.”

WATCH | Patricia Jaggernauth speaks about working for years without a contract at Bell:

‘How come I was never enough?’

Journalist Patricia Jaggernauth alleges she was repeatedly passed up for job opportunities at CP24, leaving her struggling with her mental health.

“I’m the girl living in metro housing that got out. I’m the one that was never supposed to succeed,” she said. “I knew that I loved people, I loved community, I loved conversation … And where I was working provided that — but not ever on a contractual basis, always as a fill-in.

Jaggernauth says she was guaranteed just two days of work each week, and called at random to fill in for hosts who were off sick or away. With no certainty as to what her weeks would look like, she says she relied on the ability to take on other jobs to supplement her income — something she had done throughout her time there.

This past summer, management moved to limit that ability, blocking her from performing any paid activities outside of the company without management approval, according to her formal complaint. The rule was originally created in 2019 when Bell employees unionized, but was never enforced until this year, she says.

“Bell has done this while at the same time denying Ms. Jaggernauth promotions she has earned and is qualified for, and while refusing to provide her with full-time work,” the complaint reads.

“At Bell, people of colour are cynically used as tokens,” it adds.

Jaggernauth’s complaint comes on the heels of Bell Media’s recent dismissal of celebrated chief anchor Lisa LaFlamme, who said she was “blindsided” when the company ended her contract at CTV National after more than 30 years as part of a “business decision.” The move caused an uproar and in the days that followed, CTV News executive Michael Melling went on leave from the company.

In 2019, Jaggernauth says she contracted a virus and was hospitalized after “years of long days, short turnarounds, lengthy work stretches and being told to work for weeks upon weeks, non-stop.”

After a three-month unpaid sick leave, she says she pleaded with Bell for more stability. What she was offered, she says, was a part-time contract formalizing her two days of work per week and giving her access to medical and dental benefits — with no additional shifts, no change to her wage and no ability to continue freelancing outside of Bell.

The complaint says the treatment Jaggernauth faced led her to suffer “a breakdown” during the most recent Bell Let’s Talk Day while live on the air. In the segment, later posted to YouTube by CP24, five hosts open up about their mental health.

The last host to share is Jaggernauth, who speaks candidly about her personal and professional struggles, including the toll of working weekends for 11 years.

“I’m going to cry. Oh my God,” says in the segment, tearing up. “In this industry what I’ve found is you get to be in the bright lights, you know, here you have this amazing career and people think you’re a multi-millionaire, you’re so lucky, but do you want to put my shoes on guys?”

Jaggernauth alleges none of her supervisors reached out at the time.

‘I’m walking away and I will persevere’

It wasn’t until two weeks later when she reached out to her manager for help that a therapist was offered, she says. Ineligible for therapy through a benefits plan, Jaggernauth says she was finally offered a Bell-recommended therapist, but ultimately says she didn’t feel safe with the arrangement and declined the help.

The complaint says Jaggernauth had repeated conversations with management about her concerns at Bell — concerns she says were not taken seriously. Among those she spoke to were Melling and the company’s president, “however her complaints were sidelined,” according to the complaint.

Bell Media employees are part of a union, however given settlements between employers and unions are often kept secret through non-disclosure agreements, Jaggernauth says she felt a human rights complaint was the best way forward.

A complaint at the commission can not only result in payment of denied wages but also monetary damages for alleged discrimination. It can also force policy changes such as pay equity, says Jaggernauth’s lawyer Kathryn Marshall of the firm Levitt Sheikh.

Jaggernauth says for her, the complaint goes beyond money — it’s also about demanding change for women who look like her in the industry and for women overall.

As for her next steps, she says, “I came from hardship. I persevered. I started this career with hardship and I persevered, and I’m walking away and I will persevere.”

Updated Covid-19 boosters are ‘most important thing’ Americans can do for their health today, official says