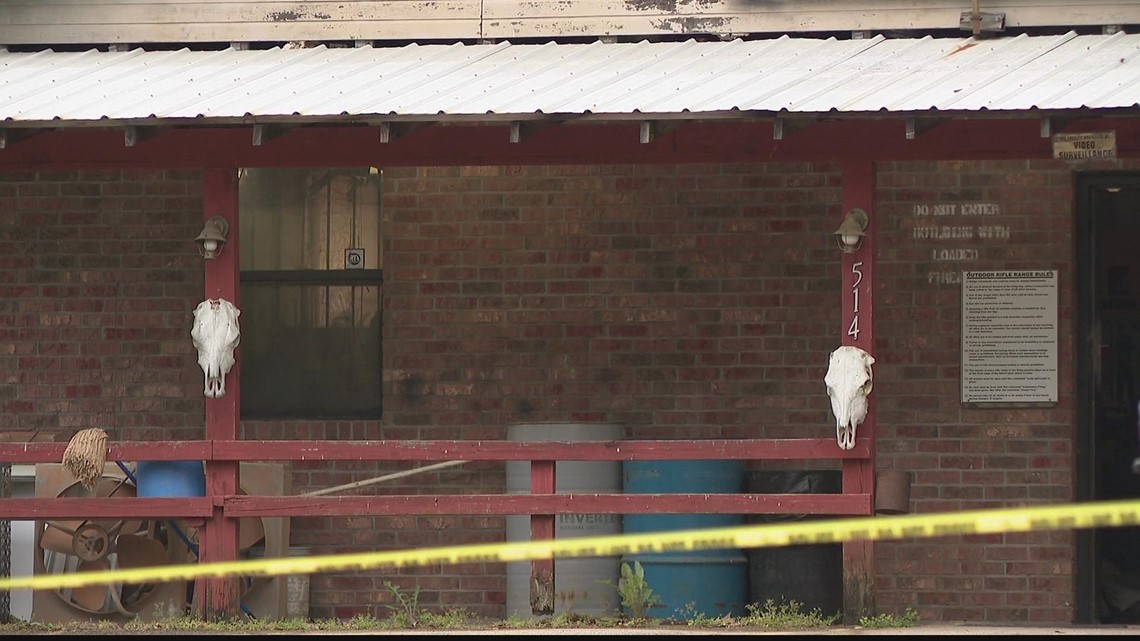 The owners of Lock Stock and Barrell Shooting Range were killed Friday night, along with their grandson.

COWETA COUNTY, Ga. — A small and tight-knit Georgia community is grieving after three members of a family were killed at their own business.

The Coweta County sheriff is voicing his grief after Grantville Police confirmed Tommy and Evelyn Hawk, the owners of Lock Stock and Barrel Shooting Range were killed Friday night at their business. Police said their 19-year-old grandson, Luke Hawk was also murdered during what authorities believed was a violent robbery.

“Last night, the Hawk Family, the City of Grantville, and the Coweta Community were forever broken and changed by the senseless and tragic event that happened in Grantville,” Coweta County Sheriff Lenn Wood wrote on Saturday.

Grantville’s police chief said the county coroner Richard Hawk, Luke’s father, is the one who found the bodies Friday night. Richard is also the son of the gun shop owners.

“Family was taken from the Hawk family, and us, way too soon and we are left with hurt, pain, and very little answers. I am a life-long member of Coweta and every family, especially the Hawk family, are a valuable and precious part of my life. My heart is hurting and my prayers to our God is that He is ever-present right now with Richard and his family; providing peace, strength and overwhelming love from God and our community,” the sheriff wrote, sending his condolences to the rest of the Hawk family.

According to the Grantville Police Department, around 40 weapons and the security camera’s recording device were taken from the business. The gun range, which also functions as a shop, stocks guns and ammunition.

Neighbors in Grantville, a city of about 3,200 people, say they are suffering a great loss after three members of one family were killed at their own business. The Coweta County Sheriff’s Office and Georgia Bureau of Investigation have been assisting police with developments and have not released any information about a suspect, leaving a community concerned about whether a violent perpetrator is on the loose.

Police are now asking if anyone who drove by the range between 5:30 p.m. and 6:30 p.m. Friday noticed any car other than a white Ford truck and black Ford Expedition to report it to GPD.

Grantville Police Chief Steve Whitlock said Tommy and Evelyn normally close up shop by around 5:30 p.m. and return home by 6 p.m and do not have any other employees. When they didn’t return home, their son drove to the shooting range and made the tragic discovery.

“I am also fervently praying that God will use our law enforcement community and the Coweta Community to bring justice swiftly. Richard has served faithfully for decades in our law enforcement community. He’s a committed public servant and moreover a personal friend of mine. I have and will continue to provide every resource available to speak justice for the Hawk family,” Sheriff Wood said.

Wood has advised neighbors and residents asking about the shootings to call the GBI.

The Bureau of Alcohol, Tobacco Firearms and Explosives (ATF) said it is offering a $15,000 reward. The funds are also supported by the City of Grantville and the National Shooting Sports Foundation.

Coweta County’s sheriff said though the community is hurting, neighbors must use that grief to support the Hawk family and to report any tips to law enforcement.

“Now is the time that our Coweta family needs to direct our thoughts and prayers to Richard and his family. Theresa, my family, Sheriff’s Office members and I hurting for you and your family and we will be beside you always,” he said. “With a broken heart, Lee Wood.”