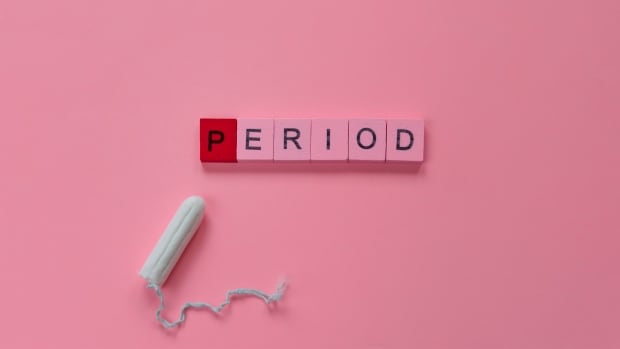 
This is an excerpt from Second Opinion, a weekly analysis of health and medical science news. If you haven’t subscribed yet, you can do that by clicking here.

Throughout the COVID-19 pandemic, women turned to TikTok and Twitter to document something strange: The coronavirus vaccines seemed to be impacting their menstrual cycles.

People with periods shared stories of heavier flows, cramping and changes to their cycle timing, including periods starting late or lasting longer.

Menstruation can be a tough area to research — since various factors can affect someone’s period, from stress to medical issues — but there is now a growing body of research suggesting some of those early pandemic hunches were on to something.

A new study featuring data from nearly 20,000 people around the world, including thousands of Canadians, showed individuals who received any of nine different vaccines experienced close to a one-day average increase in cycle length.

Released in late September by the U.S. National Institutes of Health (NIH), and published in the British Medical Journal, the study suggested people who received two COVID vaccine doses in a single menstrual cycle experienced a nearly four-day increase — though the changes were not associated with any difference in the number of days of actual bleeding.

The length of a menstrual cycle can vary from person to person, from around 21 to 35 or more days, but the average is to have periods every 28 days. Bleeding typically lasts anywhere from two days to a week.

Roughly three-quarters of the participants were vaccinated, while around a quarter were not, and all of them were users of the same app to track their menstrual cycles. The researchers analyzed data on at least three consecutive cycles before vaccination, plus at least one cycle after.

“We think that perhaps an acute inflammatory response, like you get after a vaccination, could influence those cells within the uterus, and that could be changing menstruation,” said NIH researcher Candace Tingen, one of the scientists involved in the study, during an interview with CBC News.

The cycle changes also appeared to be temporary, she said.

“And so the menstrual cycle goes back to its normal pattern, its normal rhythm, within a few cycles.”

No links to long-term fertility impacts

Any change in cycle length of less than eight days is considered within the normal range.

Although small menstrual changes may not mean much to medical professionals, the study authors wrote, perceived changes in a bodily function linked to fertility could be alarming for those experiencing it, and may contribute to vaccine hesitancy.

That’s exactly how Toronto resident Kaitlan Rowe felt after both she and her 15-year-old daughter experienced changes in their menstrual cycles after having their second round of Pfizer COVID-19 shots last summer.

She now has questions about the impact on her daughter’s fertility.

“Is there going to be other serious side effects?” she asked. “Will it affect reproduction?”

“It doesn’t affect your fertility,” he said. “It won’t impact your cycles in the long run.”

Obstetrician-gynecologist Dr. Yolanda Kirkham, an assistant professor at the University of Toronto, also noted that vaccines aren’t the only thing that can throw menstrual cycles in flux, with no long-term impacts.

“There are so many things that impact periods temporarily, including calorie restriction, excessive exercise, stress, chronic illness, travel,” she said.

There’s also scientific consensus that COVID vaccines are a far safer alternative than actually becoming infected with COVID for people of reproductive age, including those who get pregnant.

Large analyses of U.S. and Norwegian population-level data reporting on a combined total of more than 120,000 pregnancies have demonstrated no evidence of increased risk for early pregnancy loss following COVID vaccination.

The shots have also proven to be highly protective against serious COVID during pregnancy — a time when individuals are at a much higher risk of severe outcomes themselves, along with complications such as premature birth or infant admission to a neonatal intensive care unit.

The latest research into the impact of vaccines on menstrual cycles, meanwhile, backs up earlier U.S. findings from last January.

But the new study did have multiple limitations, including a reliance on self-reported data, a focus on people who were not on birth control, and a lack of differentiation between the wide variety of shots participants reported receiving, from mRNA-based options like the Pfizer and Moderna vaccines commonly used in Canada, to other types of vaccines from AstraZeneca, Johnson & Johnson, Sputnik and Sinovac.

The researchers also didn’t dive into other questions people with periods have raised, including possible impacts of COVID vaccination on menstrual flow, pain and unexpected bleeding.

Still, though, several medical experts stressed that the large-scale findings are an important piece of the conversation around women’s health and reproduction, since those aspects of human health are often neglected during clinical trials for various vaccines and medical treatments.

Pregnant and breastfeeding individuals, for instance, were excluded from the available phase two and phase three trials for the original Pfizer and Moderna COVID vaccines, notes the Society of Obstetricians and Gynecologists of Canada.

“I think the biggest issue is that we continue to think of reproductive health as women’s health, and women as a special interest group,” said registered nurse Martha Paynter, an assistant professor with the University of New Brunswick’s faculty of nursing.

She agreed that women’s health deserves to be a bigger focal point of medical research, including during clinical trials for new vaccines, drugs and treatments.

“The people who need the product in the end will not just be able-bodied white men between the ages of 18 and 45,” she said. “For a drug to be safe, it has to be tried within all sorts of people.”