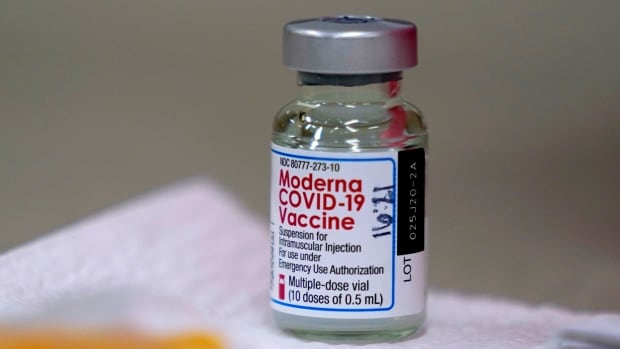 
First Nations have begun to receive doses of COVID-19 vaccines as provincial immunization programs get underway, with Indigenous leaders encouraging people to roll up their sleeves.

The council employs nurses who are among those administering vaccinations so people see a familiar face they know and trust, she said.

Health officials need to work with communities to ensure the COVID-19 vaccination program is culturally appropriate, Charleson said, given the impacts of the residential school system and discrimination in health care as outlined in a recent report by former judge Mary Ellen Turpel-Lafond.

“There are many people in our communities who our nurses may not have ever seen, because [they] will just never go for help,” Charleson said.

Released in November, Turpel-Lafond’s report sheds light on widespread racial profiling based on harmful stereotypes that affect the care Indigenous patients receive in British Columbia. Of more than 2,700 Indigenous people surveyed as part of the investigation, 84 per cent reported experiencing some form of health-care discrimination.

It’s understandable that many are reluctant to trust Canadian health officials, said Charleson, who’s encouraging people to get vaccinated.

“If you’re not doing it for yourself, do it for the elders in the community and the vulnerable,” she said in an interview.

Chief Simon John of Ehattesaht First Nation said he noticed some hesitancy about COVID-19 vaccines among residents of the Ehatis reserve on the northwest coast of Vancouver Island.

The community of about 100 members was hit with an outbreak of COVID-19 that spread to 28 people last month, so when John learned they would soon receive Moderna’s vaccine, he decided to lead by example.

“For us, as council, to take it first was our priority,” he said.

John said he received his first dose last Monday, along with about 30 other Ehatis residents and 40 people in the nearby village of Zeballos, including some elders and band members living off-reserve.

British Columbia has allocated 25,000 doses of COVID-19 vaccine to at-risk members of remote First Nations for distribution by the end of February. As of last Monday, 10,700 doses of Moderna’s vaccine were available to First Nations, and 5,300 had been distributed to 18 communities.

Indigenous Services Canada had confirmed nearly 10,000 cases of COVID-19 in First Nations communities across the country as of Friday, including 3,288 active infections, 452 hospitalizations and 95 deaths.

Canada’s advisory committee on immunization has identified Indigenous communities among priority groups for a vaccine that’s in limited supply.

In Alberta, residents of remote First Nations and people age 65 or older living in any First Nation or Métis community are among those the province is prioritizing in its third phase of immunization starting in February.

In Saskatchewan, 4,900 doses of Moderna’s vaccine have so far been sent to northern regions, where health-care workers, staff and residents of long-term care homes, along with people age 80 or older, are first in line to be immunized, including those living in First Nation communities.

Initially, “First Nations were not really engaged in terms of where this vaccine should be allocated,” said Dr. Nnamdi Ndubuka, medical health officer for the Northern Inter-Tribal Health Authority.

More recently, communication about vaccine distribution has improved between communities and the Saskatchewan Health Authority, he said.

The province said it’s expecting to receive 5,300 more doses of the Moderna vaccine this week, with smaller cities serving as regional distribution hubs.

Manitoba, meanwhile, began shipping 5,300 doses of Moderna’s vaccine last week in order to reach people in all 63 First Nations in the province.