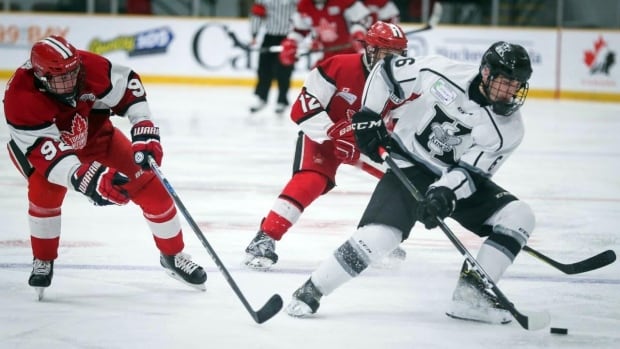 
Hockey Northwestern Ontario has announced sprawling vaccine rules for nearly everyone involved in minor hockey — a move it says is designed to keep youth players safe this season.

The mandate, which was announced on the weekend, requires the following people to show proof of vaccination in order to participate in any HNO programming this season:

“We want to ensure the safest environment possible for our youth,” HNO executive director Alex Vaillant said. “We’ve had to cancel hockey in the last two years, so we don’t want to do that again.”

“Vaccinations play a huge role in ensuring that we keep a safe environment, so our youth can participate for the full hockey year.”

Vaillant said the mandate was developed in consultation with public health officials.

Everyone covered by the mandate has until Nov. 27 to get both doses of a COVID-19 vaccine.

Vaillant said the grace period is in place to ensure there’s enough time and opportunity for everyone, particularly those in smaller regional communities, to get vaccinated in time.

The deadline of late November was also selected, Vaillant said, “so when we get into the colder months of the year, December, January, February, we ensure that it is the safest environment when COVID potentially could be more of a concern.”