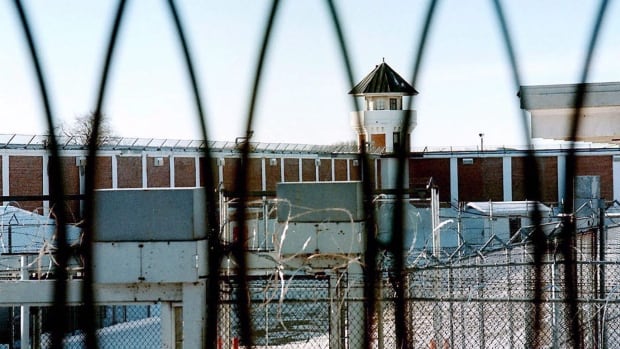 
A COVID-19 outbreak at the Saskatchewan Penitentiary has sparked concerns from advocates and family members of inmates of declining mental health and a lack of support.

“They’re locked up, they’re allowed out [when staff] come and clean the unit, there’s no rec time whatsoever,” Cote said, “They’re not allowed outside the unit.”

Cote said the inmates’ mental health is declining, including her husband’s.

Cote said her husband contracted COVID-19 in a B.C. jail back in April.

“Now he’s terrified because he was prepared to die,” she said. “He was so sick, he actually prepared himself to die.”

She said her husband is taking numerous precautions, like double-masking or putting extra clothing over his hands to avoid touching anything, to protect himself but the situation is still uncomfortable.

“This man is terrified,” Cote said. “My husband is [a] big, strong man and he’s not afraid of anything, but he is afraid right now of COVID-19.”

Cote said the only thing the penitentiary is doing to help curb the spread of COVID-19 is restricting the inmates from exercising and going outside.

She said on Tuesday her husband was being housed with at least eight people who have tested positive for COVID-19 in the same unit. She said they share amenities like bathrooms and showers.

“I would like them to be able to have rec time, for those who have suffered from COVID the therapeutic plan includes fresh air and walking in the fresh air,” Cote said. “They need a rehabilitative plan.”

She said the cells are bar cells so air can freely circulate through all cells on the unit.

Sherri Maier, an advocate for those inside of prisons with Beyond Prison Walls Canada, said she has direct contact with inmates at the Saskatchewan Penitentiary.

“Their mental wellness isn’t all there, it’s deteriorating,” Maier said.

Maier said before the COVID-19 pandemic started it was difficult for inmates to get mental health support. Now, she said it’s even harder.

“I don’t know how they’re making it available because no one’s allowed really on the unit,” Maier said. “When the guards do go on the unit, I’m told they’re entering in almost like hazmat material suits.”

Skene said there are mental health supports in place for the inmates at all times if they are requested.

She said the mental health resources in place are accessible to anybody who asks for them and wellness checks are being conducted twice a day for inmates who tested positive for COVID-19.

Cote said her husband is locked up 23 and a half hours a day and is not able to go outside or do anything physical. Combined with the fact that he can’t see his loved ones, it’s negatively impacting his mental health.

“I’m doing my best to support him, he’s not allowed to call any place else,” She said. “It’s very difficult, very challenging.”

Skene said the penitentiary has “limited movement” due to the outbreak and inmates are provided limited opportunities to come out of their cell. She said this time is usually used for the inmates to shower and to use the phones.

“We’re not moving offenders to our gym area or recreation areas, so any of those things would need to be completed on the range during their time out of cell,” Skene said.

As for mental health supports, Cote said her husband was not given support when he asked and was told he would have to utilize his own resources.

Skene said if an inmate were to indicate they were suicidal, they would then be assessed by a mental health professional who then determines what level of intervention is needed on a case-by-case basis.

Skene said as of right now inmates who test positive for COVID-19 are quarantined in their own cells.

“Basically the entire institution is in a quarantine situation,” She said.

The Correctional Services Canada said on Wednesday there were 109 active cases of COVID-19 in the Saskatchewan Penitentiary.  Updated numbers won’t be available until after Monday.

The Saskatchewan Penitentiary has the highest number of COVID-19 cases in a prison in all of Canada.

Skene said there are “significant steps that are being taken” to reduce the spread of COVID-19 among patients at the penitentiary.

“There are a variety of safety protocols in place [from] intensive screening at the front of the institution when people are entering it, from temperature checks to proper PPE, there’s significant cleaning,” Skene said. “Those cleaning supplies are available both to the offenders on the ranges as well as we have a contract staff.”

Cote said her husband had told her that initially the penitentiary had a person in a hazmat suit come into the facility and sanitize the space, but said another deep clean has not been conducted since.

She said the inmates, even those who have not contracted COVID-19, are not getting fresh air and are sharing space and air with people who have tested positive for the virus.

Cote said she is hopeful that things at the penitentiary will get better as she has been in contact with a correctional investigator, but nothing has been done to address her and her husband’s concerns so far.