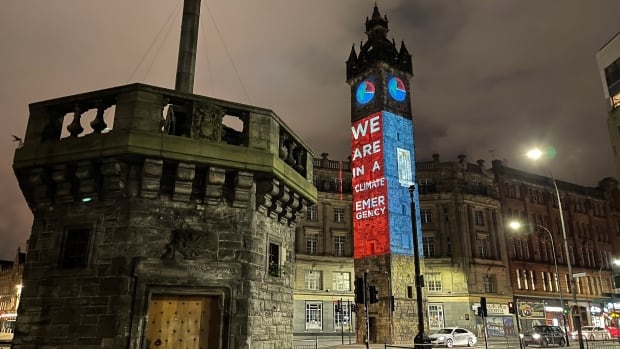 
Climate scientist Saleem Huq says the world should prepare for a big letdown when the UN climate conference gets under way next month in Glasgow, Scotland.

One of the major accomplishments of the Paris climate conference in 2015 was the promise that the world’s richest nations would contribute to a $100 billion US fund that developing countries could draw upon to help speed up their economic transition away from fossil fuels.

“They just failed to do it,” said Huq, director of the Dhaka-based International Centre for Climate Change and Development and a prominent voice on the topic in low-lying Bangladesh, which is especially vulnerable to climate-related emergencies such as floods and rising sea levels.

“That strikes me as being totally incompetent and negligent.”

With time running out before the start of the 26th Conference of the Parties (COP26), host Britain has delegated the difficult task of trying to wrangle the missing billions to Canada — and Environment Minister Jonathan Wilkinson in particular.

Although he was re-elected in the Sept. 20 federal election, Wilkinson says he doesn’t know if he’ll be re-appointed to the environment portfolio in the upcoming cabinet. Regardless, he says he made the decision to head to Europe this week to try to twist some arms.

The Italian city of Milan is hosting several crucial pre-COP26 gatherings this week, including a ministers meeting along with a summit of activists and youth leaders.

“We’re working right now to corral commitments from all countries so that we’re making progress toward that $100 billion,” Wilkinson told CBC News in an interview before flying to Milan.

“I don’t think there’s been .. an organized effort to try to pull all of these threads together and to look at where we might find additional resources.”

COP26 organizers have set three key “deliverables” as the bar for success in Glasgow.

In addition to the financing deal, there’s the commitment of ambitious emissions reduction targets from each nation — especially the biggest polluters — to keep global warming to less than 1.5 C above pre-industrial levels, as well as a timetable to make the burning of coal history.

Of those three priorities, raising the transition money should have been the easiest, says Huq.

According to an OECD analysis, the total amount pledged to date for the fund was last pegged at $79 billion. Last week, President Joe Biden said the U.S. — one of the world’s largest per capita emitters — would double its own contribution to more than $11 billion.

Huq said that falls short of what’s required. The U.S. “owes probably five to 10 ten times more than it has given, in [light] of its own historic emissions.”

In June, Prime Minister Justin Trudeau announced Canada would double its commitment to the international climate fund to $5.3 billion over five years.

Wilkinson refused to name specific countries that he believes need to cough up more money, nor would he give an exact figure of what he’s looking to raise.

WATCH | Global inaction is a key concern ahead of COP26:

Inaction and inequity key concerns ahead of COP26 climate summit

As world leaders prepare for next month’s COP26 climate summit in Glasgow, Greta Thunberg is criticizing governments for not living up to their promises while others are pointing to concerns about the inequity facing countries most impacted by climate change. 2:06

Huq is disheartened by the state of co-operation and the likelihood that the world’s richer nations will deliver what they have promised.

It’s also clearly a worry for British Prime Boris Johnson, who vowed to make the Glasgow event a “turning point for humanity.”

His government has kicked the equivalent of $15 billion into the fund, but Johnson has said he sees only a 60 per cent chance that countries will come through with the outstanding money.

Wilkinson said he believes predictions of the Glasgow summit’s failure are premature.

“The most important first step the world can take [in reducing emissions] is to accelerate the phase-out of coal, and certainly to stop the construction of new coal-fired power plants,” he said.

He noted that China, which releases more greenhouse gases into the atmosphere than any other country, recently said it would stop financing new coal-power plants abroad.

But to the disappointment of Glasgow organizers and climate campaigners everywhere, China still hasn’t come out with a concrete timetable for reducing its own emissions to help hit the 1.5 degree target.

A UN report earlier this month contained little in the way of optimism that the target is even reachable anymore. After examining the pledges made by nations so far, it concluded global emissions would be 16 per cent higher in 2030 than in 2010 — far off the 45 per cent reduction by 2030 that scientists say is needed.

The question of inclusion

The city of Glasgow, meanwhile, is slowly gearing up for its moment in the global spotlight.

In the city centre, the 400-year-old Tolbooth Steeple has been transformed into a minute-by-minute reminder of what’s at stake if COP26 fails to deliver.

Glasgow’s city council has beamed a projection of a countdown clock that ticks down the years, days and hours to when it will be too late to stop the planet from warming past 1.5 C, which is in less than seven years’ time.

If that happens, there’s broad scientific consensus that the result will be more extreme weather events, drought, greater economic losses and destruction of marine life.

There are ongoing concerns that the persistence of COVID-19 and the U.K.’s strict border measures will limit the participation at COP26 of many advocacy groups who claim they are already shut out of the formal talks.

“We’ve got a situation where a lot of the people who should be at COP are not able to come,” said Mim Black, a Glasgow-based climate justice activist.

The U.K. has promised to ensure any official delegate in need of a government-approved vaccine to enter the country will get it, but Black says that pledge does not extend to thousands of activists and campaigners who also want to attend.

Despite significant challenges, Wilkinson believes COP26 has the potential to build on the work of previous climate summits.

“I don’t think we’re necessarily going to resolve everything at Glasgow,” he said.

“But I think what we need to do is show a big step forward in terms of global momentum. And I am very hopeful that we are going to see that, certainly on the international climate finance side of things.”