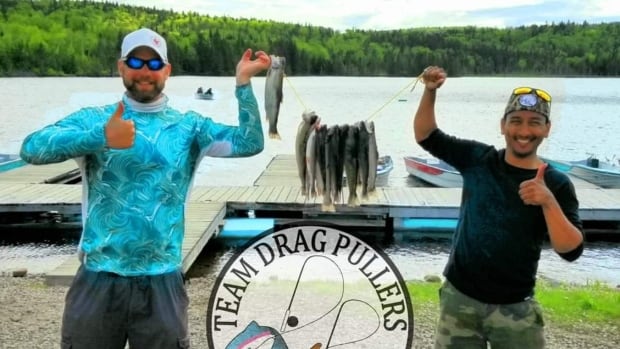 Competitive fishing has a cheating problem, and these Canadian anglers say they’ve seen it happen


A cheating scandal rocking the U.S. fishing competition scene has opened a can of worms about dishonesty in the sport, with some anglers in Canada saying it’s happened here, too, and they’re ready for the truth to come out.

“We would like this story to go public to get the justice all the honest anglers deserve,” said Mitch Zinally, 38, a Toronto angler who has been competing in Canadian tournaments since 2017.

“It paints the rest of us as being dishonest,” said his teammate Brandon Kadoski, 35, who lives in Richmond, Ont.

The duo — a multi-species fishing team that have fished together coast to coast — recently competed in an online Canadian tournament with its “fundamentals based on the honour system,” Kadoski said.

They also claim tournament officials knew about each instance and “swept it under the rug.”

Due to their fears of personal and professional repercussions, Zinally and Kadoski requested that the tournament not be named, but CBC News has viewed videos, screen grabs, and social media posts about the alleged incident and where it took place. CBC News has contacted tournament officials for comment but had not heard back by Wednesday night.

Cheating not uncommon in competitive fishing

The accusations come to light just as a fishing tournament in Ohio turned ugly last week after an apparent cheating scandal. An expletive-laced video posted to social media showed the tournament director for the Lake Erie Walleye Trail (LEWT), cutting open the winning catch of five walleye and finding lead weights and prepared fish fillets inside them.

The stakes are high in the sport, with lucrative prizes, sponsorship opportunities, and reputations on the line. Polygraphs are commonly used to ensure the anglers are being honest about their catches. On its website, the Competitive Sports Fishing League (CSFL), which is based in Stouffville, Ont., notes that lie-detector tests can be used when there’s any question.

“If in question, any competitor must agree to take a lie detector test and pass before receiving their prize. The cost of the test will come out of the payback structure. If a team is protested and wins, the protesting team will pay the cost of the test,” CSFL says in its 2022 rules and regulations.

As ESPN notes, fishers have been caught using frozen fish, fish hidden in secret compartments, and fish tied to secret lines. Fishers have also been caught moving fish from one area to another, physically altering the fish, altering the measurement devices, and putting weights in fish, according to Sports Destination Management.

And the consequences can be steep. In 2008, a Port Dover, Ont., angler was charged with fraud after he put a one-pound weight in a salmon that he entered in the Salmon Masters Derby. Norval Boufford told the Globe and Mail he had originally weighted the fish to impress his wife; but then he was caught when he entered the same fish in the derby.

In 2014, two Alabama anglers were sentenced to a one-year suspended jail sentence after winning the Night Owls Fishing Tournament using bass they had pre-caught to dupe competitors, according to WAFF 48, a local news site.

As for the anglers accused in Ohio last week, Cuyahoga County prosecutor Michael O’Malley confirmed his department was investigating the “attempted felony theft.”

‘The stuff people will do is unreal’

The allegations at the Canadian tournament, the resulting discord between competitors, and the overall negativity resulted in officials deciding not to air the competition, which was meant to be made into a television show, according to a recorded video conversation CBC News viewed between Kadoski, Zinally, and two tournament officials.

In another recorded video conversation viewed by CBC News, an official tells Zinally that there’s no way to prove that the cheating took place because the accused dropped out of the competition.

In general, cheating in fishing competitions ruins the sport for everyone, Zinally said. Not only are other teams missing out on prizes and opportunities, but it deters new people from competing.

“It ruins it completely. It’s like, why even try,” Zinally said.

“The stuff people will do is unreal.”