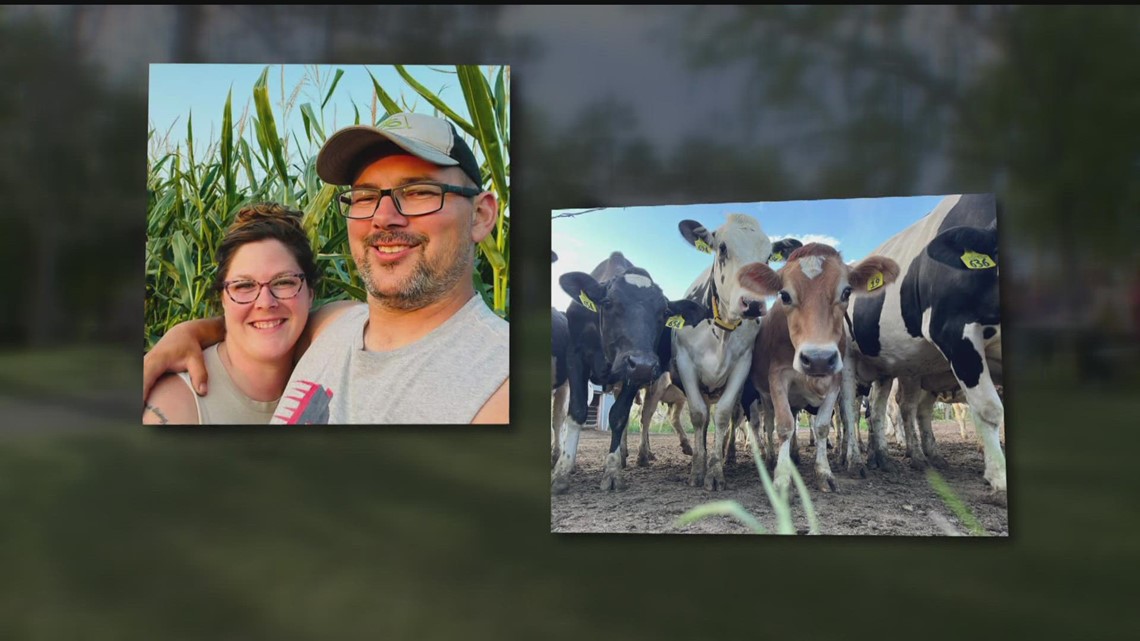 A western Wisconsin community came together for a dairy farmer fighting for his life.

FREDERIC, Wis. — Adam Hedlund was diagnosed with COVID-19 last October, and since then, it’s been both a battle for him in the hospital and for his family at home.

Adam is currently at a hospital in Milwaukee.

“The doctors don’t know how he is still alive. They’ve never dealt with a case like Adam’s before,” Annie said.

Two lung transplants later, he’s still trying to get off a ventilator.

“The surgeon that did his transplant said he’s done 200 and Adam’s was probably the worst he has ever done,” Annie said.

Annie and Adam are dairy farmers, so Adam’s absence is felt at home and on the farm.

“It’s myself and another girl that milks cows, usually. Adam used to do all the feeding and crops and so, when he got sick, his dad came out of retirement, friends and family chip in,” Annie said.

Annie said their daughters have not seen him in person since he was hospitalized, and their son, Atlas, has not had much time with his dad, either.

“He was born May 9th and he’s seen him twice,” Annie said.

A benefit Saturday night brought out hundreds of people. All of the food, silent auction items and raffle prizes were donated by businesses or people in Fredric, Wisconsin and surrounding communities.

The benefit fell on a special day for Adam and his family, it is also his 40th birthday.

“It’s hard to even thank everybody, you know. I don’t know what you’re supposed to do. But people that have helped us, like I said, it has been very overwhelming,” said Annie.

RELATED: What you need to know about the updated bivalent boosters

Watch the latest local news from the Twin Cities in our YouTube playlist:

The EV Aussies have been dreaming of