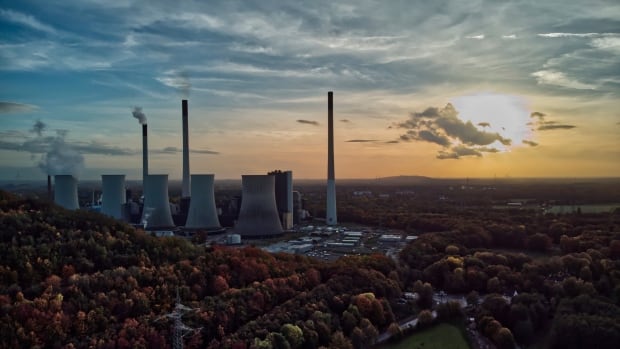 
When you have to shut down a hospital operating room (OR) because there’s so much wildfire smoke your instruments can’t be kept sterile, you know climate change is affecting health care.

“That actually happened in my OR,” said Dr. Alika Lafontaine, president of the Canadian Medical Association.

“These things are out of the norm, so you don’t think about them — until they happen.”

Lafontaine echoed a warning in research released Tuesday from one of the world’s top medical journals.

Infectious diseases such as malaria have a longer season to spread.

Canada is not immune. Studies suggest the 2021 heat dome in British Columbia that resulted in 619 deaths would have been nearly impossible without the effects of climate change.

Lafontaine said the health-care system has to change to adapt to the coming challenges. The system needs backup capability. Health professionals need more transferable accreditation, so nurses from Saskatchewan could help out in B.C. Doctors need to be more aware of growing climate-related diseases such as Lyme disease.

“It changes the mix of diseases that are out there,” Lafontaine said.

But most of all, he said, health care’s response to climate change needs national co-ordination.

“One of the major gaps in the response to the climate crisis, when it comes to health care, is establishing a national secretariat,” he said.

Somebody, he said, should be gathering information on what happens to the system during extreme events — like when a wildfire cancels surgeries. Otherwise, every emergency is another one-off.

Ian Culbert of the Canadian Public Health Association agrees. Common licencing standards is a big one, he said.

“That way, nurses from Ontario could be deployed to flood assistance in Nova Scotia.”

From the challenge of growing food in a hotter climate to increasing air pollution, the health impacts of climate change will be felt around the world, says Canadian respirologist Dr. Samir Gupta.

But that’s just the start.

Canada has too many health facilities built on flood plains or susceptible to melting permafrost, he said.

Programs such as wellness checks to ensure vulnerable people are OK should be standard during floods or heat waves. Cooling stations should be part of every city’s plan.

Culbert points to municipalities in Ontario that have included public health experts in their planning process advocating for measures such as green canopies and walkable neighbourhoods with nearby services.

“The public health people were at the table, empowered to make decisions,” he said. “Too often, health hasn’t been a consideration.”

Lafontaine said even medical conditions that have nothing to do with climate change are affected by it, as resources are diverted to meet new threats.

“As that acuity starts to entrench itself, you then have to add additional capacity, which takes capacity from other places.”

Culbert said the Lancet study shows that Canada has to start thinking much more broadly about how climate change affects health and how the system can respond to it.

“The hospital isn’t your first line of defence,” he said. “It’s your last.”

What children of immigrants can teach everyone about mental health