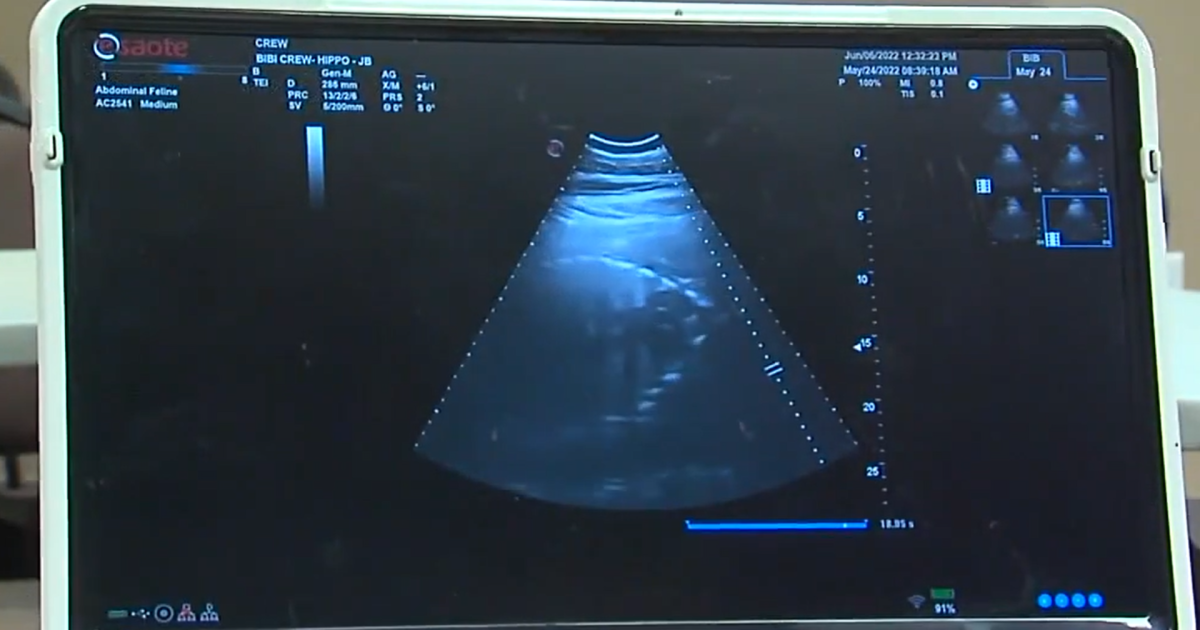 
CINCINNATI — When Fiona the hippo was born at the Cincinnati Zoo six weeks premature, her survival captivated not just the city, but much of the world. So when it was announced that her mother, Bibi, was pregnant with another calf, zoo staff was immediately engaged in making sure Bibi’s new baby is born without any concerns.

Part of insuring her calf’s health is a regular procedure most human moms experience — ultrasounds.

Enter veterinarian Julie Barnes. Every week, Barnes does something few humans have done: performs an ultrasound on a hippo. Getting it done is the hard part. After all, Bibi weighs over 3,000 pounds.

“That’s a testament to the animal care team that works with Bibi,” Barnes said.

Using romaine lettuce to feed Bibi, the care team, Barnes said, has trained the mama hippo to lean against a railing. That’s when Barnes swoops in, ultrasound wand at the ready.

“And she does this all voluntarily, and we couldn’t do that without her being able to do that for us,” Barnes said.

Those ultrasounds show Barnes and the care team that Bibi’s calf is growing. In fact, with about eight weeks to go, the calf is about the same weight Fiona was when she was born. They can see that her heart is beating well — even the fluttering of the calf’s feet.

Considering Fiona was born early, these ultrasounds are also teaching veterinarians and the care team about a hippo’s gestation.

“It’s amazing,” Barnes said. “Not many people can say they’ve ultrasounded a hippo.”

Hippo Cove, where Bibi, Fiona and Tucker live, is the zoo’s biggest draw, so there is pressure to make sure that Bibi’s baby is born healthy and happy.

“It’s exciting,” said Barnes, who is currently getting her master’s in biology at the University of Cincinnati. “You ride this high, but it’s like they said, walking on eggshells until everything is said and done. Because you don’t you don’t want anything to go wrong.”

“And my gosh, we’re gonna all have a celebration after that — as will the rest of Cincinnati, I’m sure,” Barnes said.

Bibi is expected to be full term in early August.

Psychedelic mushroom benefits are popping up all over