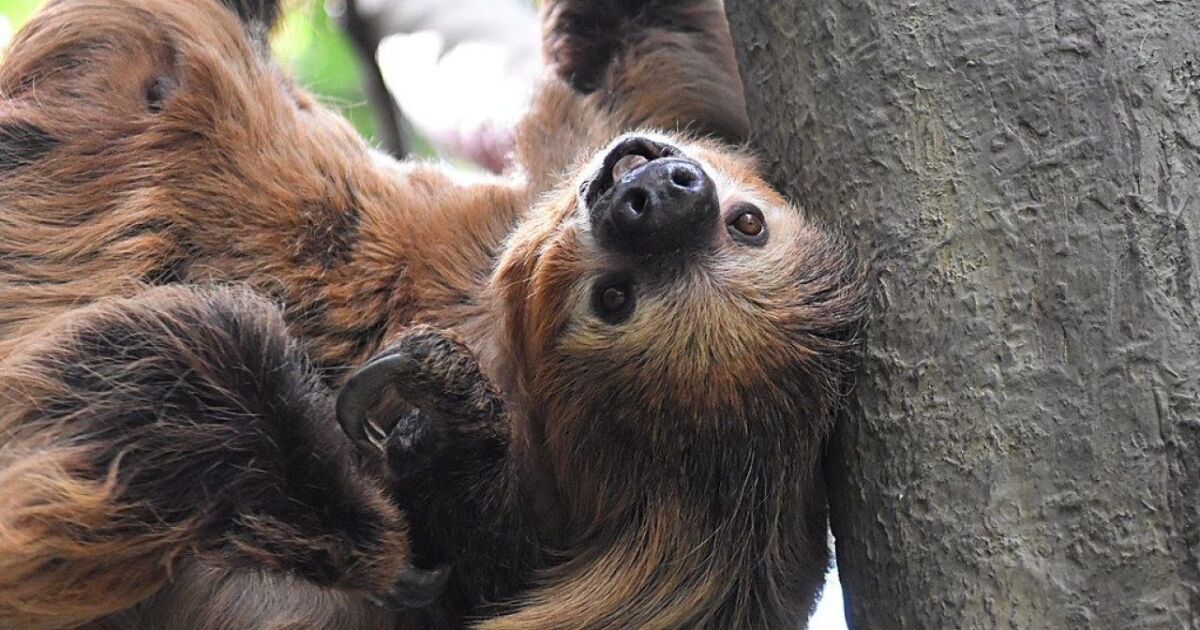 Cincinnati Zoo announces Lightning the sloth is expecting a baby


CINCINNATI — Lightning the sloth is slow-cooking a new addition to the Cincinnati Zoo, the zoo announced on Thursday.

Her new pup is expected to join the family in the early summer of 2023.

Zoo workers have hoped for a baby sloth since 2016, but Lightning and her partner Moe were more interested in a slow-burn romance in the beginning. The pair were introduced to one another in 2019 and the zoo announced Lightning was pregnant in February 2021; unfortunately, she delivered a stillborn baby eight months later.

After the miscarriage, zoo staff gave Lightning and Moe a break from one another.

“We waited several months before putting the sloth pair back together after Lightning delivered a stillborn baby last October,” said Julie Grove, Cincinnati Zoo’s zoological manager, in a press release. “They showed immediate interest in each other and did what we were hoping they would do.”

Lightning has been undergoing regular ultrasounds recently, the zoo said, and the presence of a fetus and fetal heartbeat were discovered during an exam in early September.

An ultrasound that was performed earlier this week revealed “significant growth and fetal movement,” according to the press release.

Lightning will be kept behind-the-scenes during the pregnancy, but her plodding paramour can be visited in Discovery Forest during normal zoo hours. When the baby is born, she’ll do most of the work, carting her pint-sized progeny with her for 10 to 12 months following the birth.

Lightning, who is now 10-years-old, arrived at the Cincinnati Zoo in 2019 on a breeding recommendation and was introduced to Moe that December. Because sloths don’t do anything speedily, the pair took their relationship slow and didn’t warm up to each other until 2020.

Moe, on the other claw, was orphaned in the wild when he was young, and was brought into human care for his own survival. The 28-year-old has been in Cincinnati since 2006.

Two-toed sloths are not considered endangered, but the Cincinnati Zoo said they are becoming increasingly vulnerable as a result of human encroachment.

Musk’s brutal plan in $44b takeover