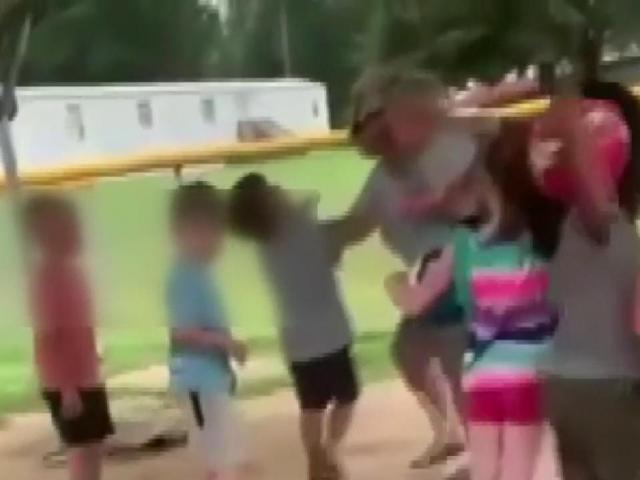 The investigation comes after videos showed how an employee at Corinth Baptist Daycare in Nashville, NC treated some of the young children in her care.

The videos, which surfaced on social media last week, were taken by a daycare employee who says she filmed them in July. However, when she reported the woman’s behavior at the time, she says the center didn’t take any action.

Once the videos appeared on social media, the Nash County Sheriff’s office says the woman resigned from the day care. An email from the center to parents says the videos show mishandling of two children by a staff member. It says the daycare will be closed this week to investigate the incident.

Meanwhile, the Nash County Sheriff’s Office says they are investigating for child abuse.

WRAL News went to the daycare center for a response to the situation, and an employee said they chose to close down this week and won’t have any other comment until they get legal advice. WRAL News also called and knocked on the door of the employee in the videos, but she did not answer.

Families of the two children in the videos declined to speak with WRAL News.

Copyright 2022 by Capitol Broadcasting Company. All rights reserved. This material may not be published, broadcast, rewritten or redistributed.