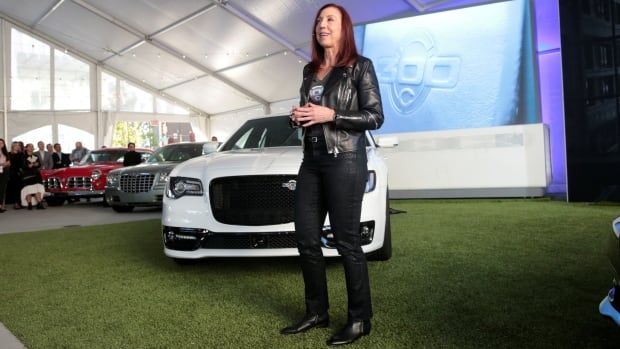 
After a two-year hiatus due to the pandemic, the biggest car show in North America is starting up again in Detroit this week, giving consumers their first glimpse into what the trillion-dollar auto industry has up its sleeve.

The North American International Auto Show is taking place in Michigan’s Motor City, but there was some interesting news for Canadians on Wednesday as Chrysler announced plans to reboot the 300 sedan — which will be made in Canada.

Starting with the 2023 model year, Chrysler will be making the gas-powered sedan at its plant in Brampton, Ont. First launched in 2005, the 300 saw strong sales for about a decade before demand started to dwindle even before the COVID-19 pandemic, as smaller and more fuel-efficient models became more popular. The last version of the 300 rolled off the line in 2020.

Chrysler, part of the multinational automaker Stellantis, will make about 2,000 of the cars for the U.S. market and about 200 for Canada for one final run, before shutting down the vehicle for good. In addition to the 300, Chrysler’s Brampton facility also makes gas-powered Dodge Charger and Dodge Challenger vehicles, both of which are also set to be sunset after next year.

“This is the last model year for the 300,” Chrysler Brand CEO Christine Feuell told CBC News. “We really wanted to give our 300 enthusiasts something to celebrate, as we sunset this version.”

She added, “We’re hoping to build up enough inventory to have some stock sales for some time … until the new product launches.”

The new product Feuell teases is mostly electric in nature, as Chrysler is leaning heavily into electric vehicles for its future, just as many other automakers are doing.

Chrysler plans to roll out its first battery electric car in 2025, but the electric switch is going to be fast: Within seven years, the brand expects to offer only vehicles powered by electricity, closing the book on internal combustion engines.

“Our transition really starts in the next couple of years as we migrate to full electrification,” Feuell said.

While the displays at the auto show in Detroit have the familiar brand names that car buyers have become used to, there are some newcomers to the event that hint at the industry’s electric future.

A Detroit-based startup called Plug Zen is there, showing off its lineup of charging stations and infrastructure. So is Harbinger Motors, an aptly named electric vehicle van maker whose product lineup is a signal of what’s to come for delivery trucks.

The truck unit of Swedish brand Volvo announced plans for six new electric-powered trucks, with a view toward half of its fleet being electric by the end of the decade.

The buzz over electricity is so great that U.S. President Joe Biden is slated to make an appearance in Detroit, trumpeting his administration’s plan to spend $900 million US building a network of charging stations over 85,300 kilometres of road across 35 states.

His recent infrastructure bill includes a new federal tax credit of up to $7,500 for anyone who buys an electric vehicle, as long as it is built in North America. Batteries for qualifying vehicles also must be made in North America, and there are requirements for battery minerals to be produced or recycled on the continent.

The tax credit is aimed at creating a U.S. electric vehicle supply chain and ending dependence on other countries, mainly China.

Family seeks justice after their dog was allegedly shot, killed by neighbor