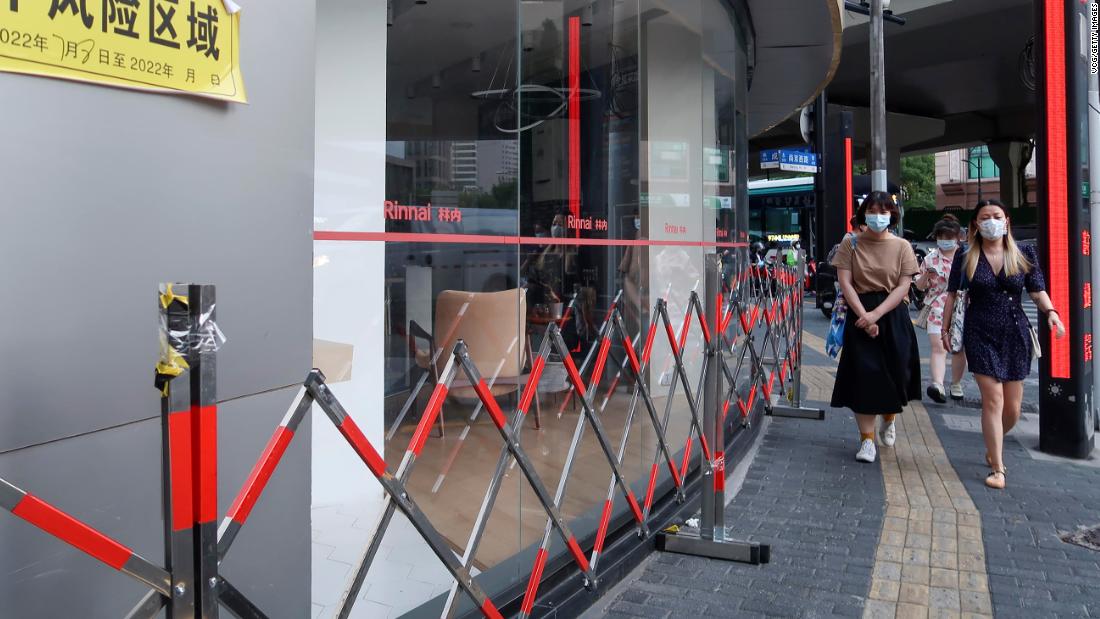 The report by China Real Estate Information Corp. (CRIC), published late last month, quickly went viral. It claimed that vacancy rates in the city’s malls were surging to an alarming level because of the restrictions and said 34% of shops were closed in a landmark mall in Shanghai’s Lujiazui financial district.

On average, 9% of shops in Shanghai’s 20 major malls have been closed since the Covid situation worsened in the second quarter, significantly higher than the 5% level at which the malls’ overall operations would be affected, according to the research firm.

The Shanghai Observer, a website run by the Shanghai government’s official newspaper, on Friday said the methodology used by CRIC was at odds with industry practice.

According to statistics it attributed to CBRE Group — a global commercial real estate service firm — the average vacancy rate in Shanghai’s malls was between 6.7% and 8.2% over the past three years. The Shanghai Observer also attacked some media outlets who picked up the report for “exaggerating the truth” and “taking the numbers out of context.”

CRIC and CBRE did not respond to requests for comment.

Shanghai was under a strict lockdown for two months earlier this year, and continues to face restrictions in parts of the city where new cases have flared up.
In recent weeks, the Chinese government has significantly tightened Covid restrictions to contain the spread of the highly transmissible Omicron variant. Analysts say that the country is unlikely to relax its Covid rules before the Communist Party congress beginning on October 16.

President Xi Jinping, who is expected to seek an unprecedented third term, will not want to see any uncontrollable rise in Covid cases until his political future is secured, according to experts.

But the restrictions are hurting the economy — analysts are forecasting growth of just 3% this year — and leading to rising public discontent on the internet. In recent days, many social media users have complained about the havoc caused by frequent lockdowns and endless testing, from food shortages to poor job and income prospects.

The CRIC report isn’t the only piece of economic research on Covid to come under scrutiny recently in China.

A Chinese investment bank’s report about Covid was deleted shortly after it was published last week, generating a flurry of speculation online that it might have been censored.

Nanjing-based Huatai Securities pointed out in its report on Wednesday that the Omicron BA.5 subvariant has caused fewer deaths than flu in several countries and regions, such as Singapore, Vietnam, South Korea and Hong Kong.

Huatai Securities did not immediately respond to requests for comments.

And last month, Anbound Consulting, a Beijing-based economic research firm, published a report on its Weibo and WeChat accounts that was entitled “it’s time for China to change its Covid policy.” That report was removed from both platforms a day later.

B.C. woman who suffered stroke waited over an hour for an ambulance. Now she’s partially paralyzed

World No. 1 and US Open champion Iga Swiatek speaks to CNN