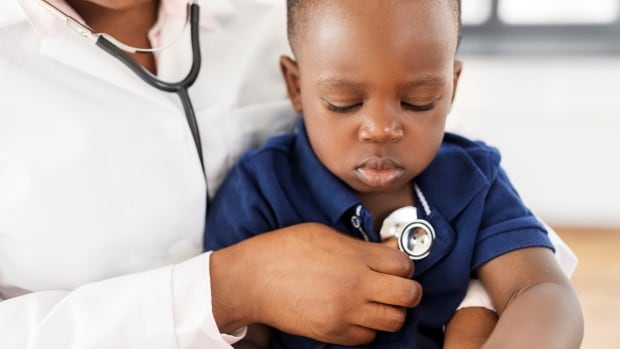 Children’s viruses that disappeared during pandemic lockdowns are back, doctors say


As children emerge from their homes after COVID-19-related lockdowns, common viruses that all but disappeared during the pandemic are re-emerging too, doctors say.

The level of non-COVID illnesses is what Kakkar usually sees in the fall, she said, when children are out and about in daycares or schools.

While the public health measures taken in the last year — including physical distancing, masking and staying home — were used to stop the spread of COVID-19, they also had the side benefit of preventing other respiratory viruses, including colds, respiratory syncytial virus (RSV) and human parainfluenza virus, which causes croup.

But experts say that also means because children haven’t come in contact with those viruses for a long time, they haven’t built up the antibodies they normally would — and they won’t have the immunity they might otherwise have.

“What’s happened to us is we … had no exposure,” said Dr. Allison McGeer, an infectious diseases specialist and microbiologist at Sinai Health in Toronto.

“Now that we’re getting back to normal and kids can see each other, we’re starting to see those infections [again] in children.”

Kids will usually recover from most of these illnesses on their own, but Kakkar said pediatricians are especially worried about a rise in RSV. Although it’s a common virus, it can cause breathing problems in infants and toddlers that are so severe they require hospital care, she said.

Last month, the U.S. Centers for Disease Control and Prevention issued a health advisory notifying health-care providers that RSV cases were on the rise in parts of the country, and asking them to test children with acute respiratory symptoms for RSV if COVID-19 was ruled out.

According to the CDC, RSV is the most common cause of bronchiolitis and pneumonia in children under one.

One respiratory virus that doctors aren’t seeing yet is the flu, Kakkar said.

But after a year with essentially no flu season, largely due to COVID-19 precautions, influenza is expected to return this fall.

Even though our immune systems may not be ready for the flu this year, there’s good news, doctors say.

“People are worried about the flu coming back. But for the flu, we have a safe and effective vaccine,” said Dr. Ellen Foxman, an immunologist at the Yale School of Medicine in New Haven, Conn.

“This is a great year to get your flu shot if you haven’t done it before,” said Foxman, noting that she gets her three children vaccinated every year.

Although children are getting more respiratory infections, doctors say parents shouldn’t be alarmed.

“This is not a big deal for most children,” McGeer said.

Plus, she said, parents can use several of the same precautions they’ve learned during the COVID-19 pandemic to help prevent the spread of re-emerging childhood viruses.

“[There’s] good evidence that washing your hands five times a day reduces the risk by about 30 per cent, give or take.”

Staying home when you’re sick and keeping your child at home if they have symptoms is also a behaviour adopted during COVID-19 that needs to continue, Kakkar said.

Plus, parents should be prepared now to deal with viruses they wouldn’t normally expect until the fall.