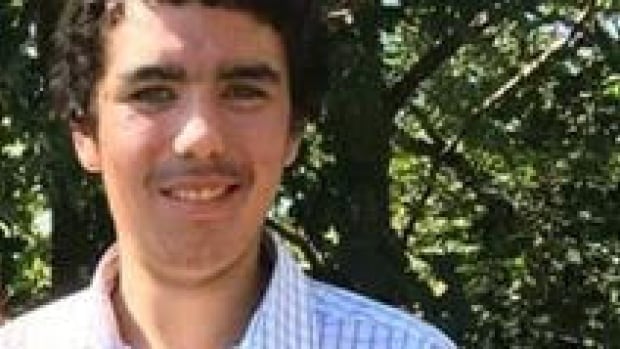 
A child welfare worker told a coroner’s inquest Tuesday that had she known an Indigenous teen in her care had a history of suicidal thoughts and self-harm, she would have tried to talk to him about it.

Kim Loiselle was the child services worker with the Children’s Aid Society of Hamilton assigned to Devon Freeman starting in late 2016 until he became a ward of the Crown in June 2017.

The inquest has heard that a residential program Freeman participated in shortly before going into the CAS’s care documented his suicidal ideation, which included plans to hang himself.

Loiselle told the jury she didn’t receive any records from that program, and having that information would have made a difference in how she approached the 16-year-old.

At times tearing up during her testimony Tuesday, Loiselle said she would have tried to broach the issue with Freeman — particularly after learning he had tried to take his own life after running away from the Lynwood Charlton Centre group home in Flamborough in May 2017.

“I know that I would have tried to talk to him about it … because then I would have seen a pattern of behaviour,” she said.

The inquest has heard Freeman went missing from the group home on Oct. 7 and his body was found on the property more than six months later, in April 2018. An autopsy determined he died by hanging.

Jurors have heard police weren’t told of Freeman’s suicidal ideation, or his suicide attempt, when he was reported missing. No safety concerns were listed on the missing persons report, the inquest has heard.

Loiselle said she was on vacation when the May incident took place, and she learned about it by reading the case notes in Freeman’s file on her return in early June.

The inquest has heard Freeman left the home without permission — something he did regularly — and when he returned days later, he told staff he had tried to hang himself. The teen said a friend had intervened and cut him down, jurors heard.

As a result, a plan was put in place to monitor him more closely for a time, they heard.

Without knowing his history, and seeing the safety plan put in place, Loiselle said she thought it was “an isolated incident,” noting he “said he felt fine hours later … and he always described that he was feeling in a good place.”

In late June, Freeman became a ward of the Crown, and Loiselle handed over his case to another CAS worker, she said. The three of them had a meeting to go over his file and his plan of care, and the issue of suicide “did not come up,” she said.

“That is a huge regret,” she said.

Loiselle broke down in tears on the stand as she shared some of her memories of Freeman, who she described as a “great kid” who was fun to be around and polite. “He never let me open my own door,” she said.

“He always had aspirations, he always wanted to do better, but just maintaining (what he had) was so hard,” she said.

Freeman “knew what struggle felt like” and could empathize with others who also had it hard, often going out of his way to help, she said.

Earlier in her testimony, Loiselle said the CAS first became involved with Freeman’s family after an incident with his grandmother, and he spent some time in foster care before moving to the Lynwood Charlton Centre.

Even if a family has been involved with children’s aid for years, a new, separate file is created when a child is taken into care, she said. Records that may be in the family’s file are not automatically transferred, and often those handling the child’s file are unaware of what’s in there, she said.

Workers “vigorously” request health, school and other records from various bodies, but those documents can take months to arrive, she said.

Most toxic drug deaths are now from smoking. Advocates ask when B.C. will adjust to that reality