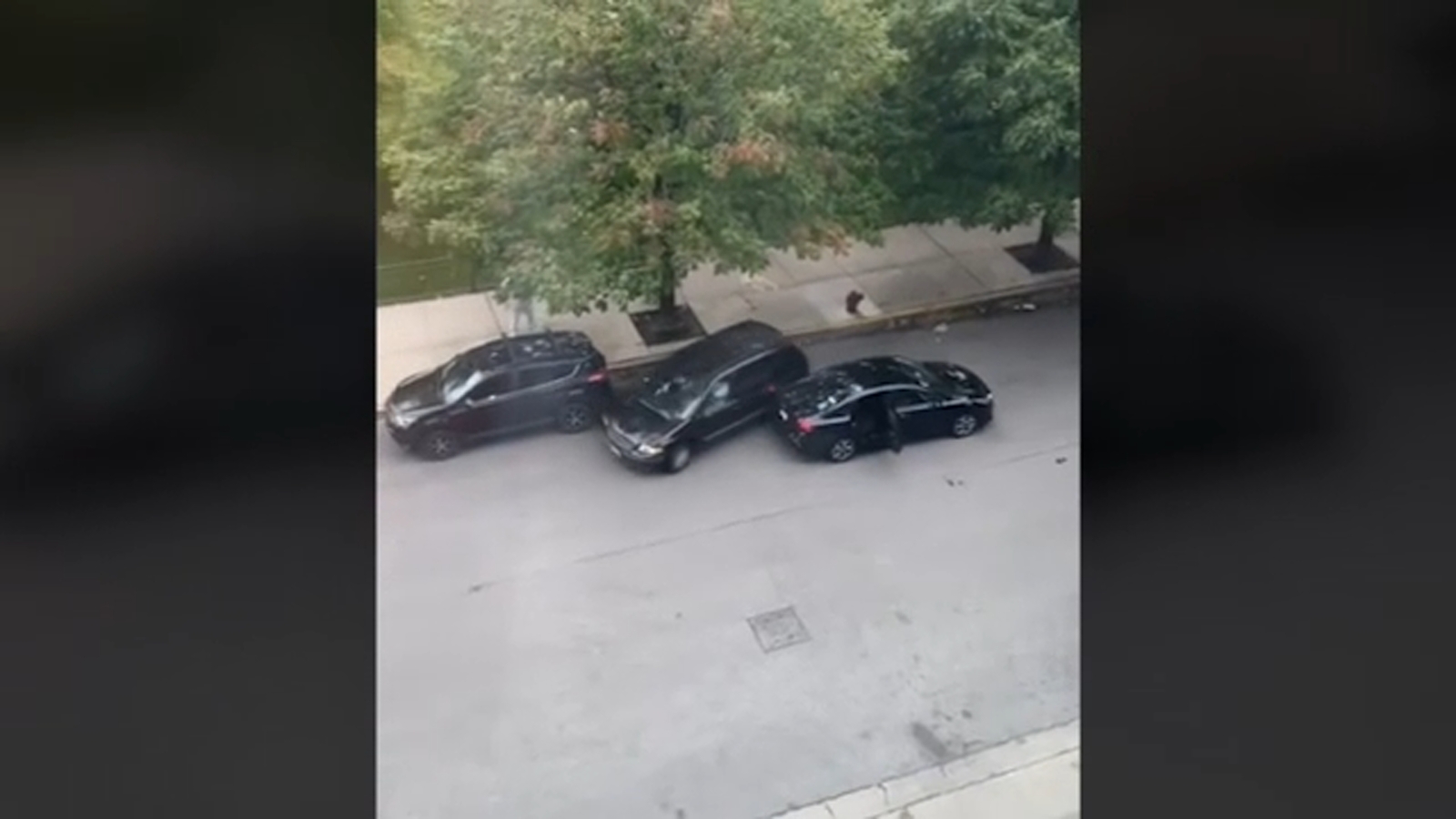 A 45-year-old woman was walking in the 200-block of S. Sangamon Street around 8:45 a.m. when a van stopped near her. An unidentified offender then exited the vehicle and approached her. They then grabbed both of the victim’s arms and attempted to pull her inside a maroon Dodge Plymouth minivan, police said.

The woman screams and was able to fight off the offender to escape.

A passenger in a rideshare vehicle then tried to confront the offender who fled in the minivan.

Neighbors said this case has eerily similar circumstances to an attempted kidnapping just weeks ago but this time, the getaway was caught on camera.

A cell phone video was shared with ABC7 from a neighbor who started recording seconds after hearing a woman scream.

A person can be heard yelling, “Block him in,” as a sedan reverses before the minivan speeds off.

“A little scared because I like to go walking myself and everything and just to be able to walk, and that could happen to me, you know, is a little terrifying,” said Liza Alvarez, who goes to church just a block away.

“It’s discouraging, especially for people like us, as women, to feel like, ‘Can I be out at a certain time? Do I need to be with other people?’ It feels very vulnerable,” added fellow church-member, Deb Gorton.

Police have since recovered the minivan but no one is in custody, officials said. They also noted that no injuries were reported.

“Who wouldn’t be scared of that? That’s just something out of a nightmare,” said Julie Darling, with West Loop Community Organization. “Right now, people are talking about banding together and walking together, and don’t walk alone and what can we do as a group together.”

This incident comes a month after an attempted kidnapping on that same block. A Good Samaritan walking his dog also intervened in that incident but the suspect was able to get away.

“It’s really now gotten to the point where, if people aren’t taking matters into their own hands from a self-awareness and self-protective measure, I think more and more, it’s going to become-it’s the crimes of opportunity,” Darling said.

Chicago Police say at this point it’s not clear if this case is related to the one that happened weeks ago but the incident is still under investigation.

Police remind people to always be aware of their surroundings. Pay special attention to suspicious people loitering in an area and report them to police. If confronted by an offender, police say to stay calm and remember any unique descriptive characteristics of the person (scars, limp, acne, teeth, etc.). Dial 911 immediately and provide a detailed description of the offender. Police also say to never pursue a fleeing suspect and suggest to always walk in pairs.

Anyone with information should call police at (312) 744-8261 or anonymously sublit a tip at CPDTIP.com.