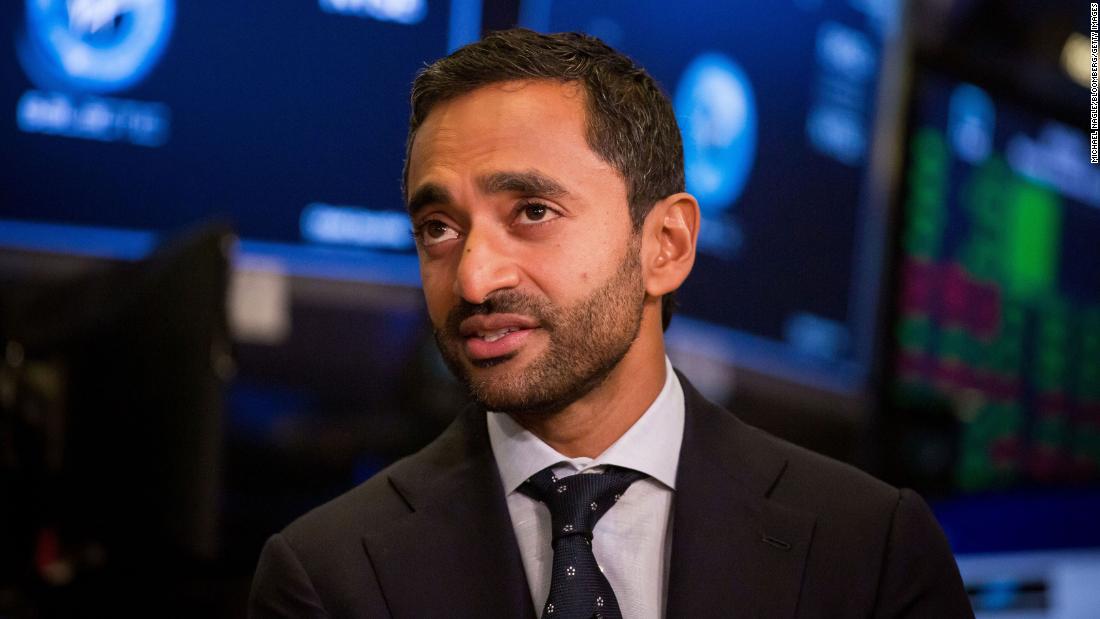 Chamath Palihapitiya out as chairman of Virgin Galactic

The company didn’t say why Palihapitiya was leaving. Evan Lovell, the chief investment officer of Vigin Group, will take his place as interim chairman.

Virgin Galactic, founded by Virgin Group’s Richard Branson, went public through a special purpose acquisition company in 2019, closing its first day of trading at $11.50. Shares soared as high as $62.80 in February of 2021 on investors’ excitement about the potential of space tourism and commercial space travel.

But shares have steadily lost value since then. One of the things that prompted the slide was the disclosure in March last year that Palihapitiya had sold off about $200 million of his stake in the company. The filing at the time disclosed he had sold 6.2 million shares for an average price of $34.32.
Shares of Virgin Galactic (SPCE) closed trading Thursday at $9.01.
Palihapitiya sparked a backlash last month he said on a podcast that “nobody cares about what’s happening to the Uyghurs,” referring to the mostly Muslim ethnic and religious minority group that the Chinese government has been accused of abusing. Several companies in which he is involved, including Virgin Galactic, distanced themselves from Palihapitiya, who later apologized for the comments.