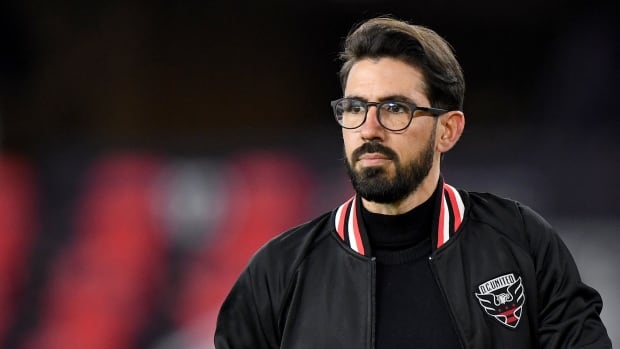 
CF Montreal has made major steps in restocking after a turbulent off-season.

The Major League Soccer club announced Wednesday that former D.C. United head coach Hernan Losada will take over from Wilfried Nancy on the sidelines for the 2023 season.

“It is with great excitement, motivation and gratitude that I approach this new opportunity,” Losada said in a release. “I am eager to put all my energy, enthusiasm, and abilities into this great project.”

Losada will take over a team in transition after Nancy left for Columbus and key players Djordje Mihailovic, Alistair Johnston and Ismael Kone moved on to European clubs.

“We were looking for a coach who could continue the sporting project we have been building since my arrival in 2020 and we are convinced that Hernan checks all the boxes at this level,” Renard said in a release. “With the philosophy put forward at the club over the past few years, both on and off the field, we are very pleased with our choice.”

Losada was hired by D.C. United to replace longtime coach Ben Olson, who was fired after the 2020 season.

The Argentine was 38 at the time and entered MLS as the league’s youngest active head coach.

Losada had been manager of Beerschot before moving to North America. He joined the Belgian club for the 2018-19 season and led the under-21 team before taking over the first team and guiding it to promotion from the second division to the first tier.

He entered coaching after a 16-year playing career as an attacking midfielder for clubs in Argentina, Belgium and the Netherlands.

Nancy was a finalist for MLS coach of the year after leading Montreal to a franchise-best 20-9-5 record. But he reached an agreement with Montreal earlier this month to terminate his contract, allowing him to take over as coach of the Crew.

Nancy’s departure was another step in an off-season of change in Montreal. Star midfielder Mihailovic moved on to Dutch club AZ Alkmaar, while defender Johnston and midfielder Kone, who were part of Canada’s World Cup squad in Qatar, signed deals with Scotland’s Celtic and England’s Watford respectively.

Salt Lake may also retain a percentage of a future transfer fee for Herrera, should his fee meet a certain threshold.

“[Herrera] can play a variety of positions, both as a central defender in a three-man backline, and on the flanks, on the right and on the left,” Renard said.

“We had contacted Real Salt Lake in the past to acquire him, but without success. We are very happy that this transaction is now taking place.”

Herrera, 25, played in 27 games with Salt Lake last season, including 25 as a starter, collecting three assists in 2,267 minutes played.

The defender signed his first professional contract with Salt Lake in 2017 as a homegrown player.