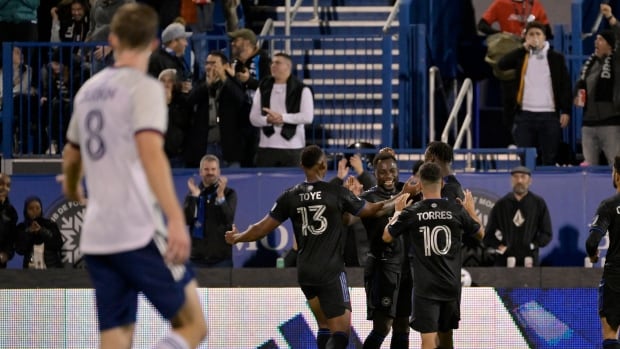 
CF Montreal will have it all to play for on Decision Day, sitting only two points behind first place in the Eastern Conference after a nervy 1-0 win over D.C. United on Saturday evening.

A Donovan Pines own goal was the sole difference between Montreal (19-9-5) and United (7-20-6), who suffered their 20th loss of the Major League Soccer season.

Montreal got on the front foot immediately, dictating the pace, dominating possession, and creating a golden opportunity inside the first 10 minutes. Lassi Lappalainen was played in perfectly and circled around the keeper but missed the wide-open net.

United began to sit in a low block, stacking the defence with two banks of four players. This is a strategy many teams have employed while visiting the Stade Saputo, finding lots of success in the process.

United was having that same success in repelling Montreal’s attacks and even had a few shots on Montreal keeper James Pantemis. However, they were punished for venturing forward just three minutes before halftime.

An own goal by DC United Donovan Pines proved to be the winner as Montreal claimed a 1-nil win.

Searching for an equalizer, D.C. began to press higher and higher up the field and found their best opportunity of the half with 15 minutes left. Benteke got on the end of an inch-perfect through ball, forcing another excellent stop by Pantemis.

Only a minute later, Ismael Kone was played in on goal and drew a penalty after being brought down by Pines, who was sent off. Torres stepped up to take the spot kick but was denied when he placed it to the keeper’s left.

With the Philadelphia Union losing 4-0 to Charlotte FC, Montreal now heads into Decision Day with a chance at first place in the Eastern Conference and a first-round bye in the playoffs.

Both teams will close out their regular season on Oct. 9 as Montreal heads to South Beach to square off against Inter Miami while D.C. hosts FC Cincinnati.