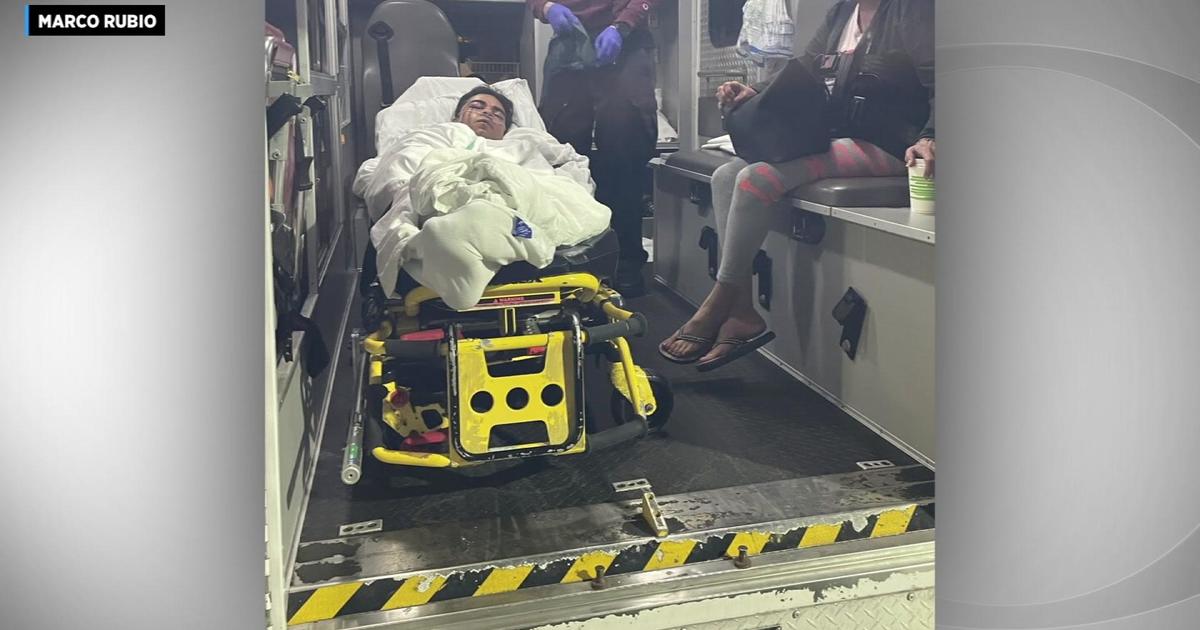 
MIAMI – A second man has been arrested for reportedly taking part in Sunday’s brutal attack on a Republican canvasser who was passing out political flyers for Senator Marco Rubio and Governor Ron DeSantis in Hialeah.

Jonathan Casanova, 26, has been charged with aggravated battery.

In an exclusive interview with CBS4’S Peter D’Oench, Reynaldo Cedeno, the father of the victim Christopher Monzon, said, “It is very sad that these animals attacked a human. You might not like his ideology but you don’t do this to any human being, not even to an animal. My son is a decent honest person who helps out people and who helps elderly people get their groceries. He goes to church on Sundays. He doesn’t smoke and he doesn’t drink, He barely watches TV at all he does is read. He is an amazing individual and a good person.”

Cedeno said, “I feel like what they did was a cowardly act. I do believe this was a political attack, an attack that was politically motivated. I do look at it as a hate crime. I don’t look at it as an aggravated battery. I look at it as attempted murder. Just a little built more and we might have been going to a vigil. We might have been lighting up candles and he’d be gone. Thank the Lord this did not happen. There was no reason for them to do damage like this because of what party he is in. I love my son and he is a good person. I am not just saying that because he is my son. He is a decent human being and he did not deserve what happened to him.”

Cedeno is worried about his son’s vision.

“His right eye was practically destroyed,” he said. “He may have to have surgery on his right eye. He is in excruciating pain and under medication. Yesterday, he needed morphine.”

Javier Lopez, 25, is also facing a charge of aggravated in the attack on Monzon.

During a hearing Tuesday, a judge ruled that Lopez will remain in jail until his next hearing on November 14th.

According to police, Lopez and Casanova approached Monzon who was walking on the sidewalk along E 60th Street. The two men reportedly told him he could not pass them on the sidewalk because he was a Republican. An argument ensued and at one point Lopez reportedly pushed Monzon to the ground and started punching him.

Casanova also kicked Monzon in the head, according to the arrest report. After that, he reportedly went to his car and got two German shepherds, and told them to attack Monzon. Before they could neighborhood residents intervened and separated the three men.

At a hearing Wednesday, Casanova was ordered to stay away from Monzon. Bond for him was set at $7500.

On Wednesday Hialeah Police Sgt. Jose Torres told CBS4 that “Based on the victim’s statements he did say they said no Republican can walk in this neighborhood.”

Senator Marco Rubio has defended Monzon as he was wearing a Rubio campaign t shirt when the attack happened.

In one post on Twitter, he called the attackers “thugs.” In another tweet on Wednesday, he attached an arrest report and wrote “Local media spent 2 days treating the GOP canvasser who was attacked as a criminal & denying the attack was politically motivated. Now a second arrest, a police report & surveillance video shows how biased & irresponsible the narrative they were pushing was”

Police have not confirmed a motive for Sunday’s violent attack.

CBS4 first interviewed Monzon of Hialeah in 2017. We were covering a story about changing the names of street signs that honored confederate generals and one-time leader of the KKK.

Monzon was at the rally holding a confederate flag and got into a shouting match with the crowd. Police arrested Monzon and charged him with aggravated assault, inciting a riot, and disorderly conduct.

Hialeah officials said Monzon ran for a city council seat in 2021 and lost.

According to the Federal Election Commission, Monzon has been paid thousands of dollars by the Republican party.