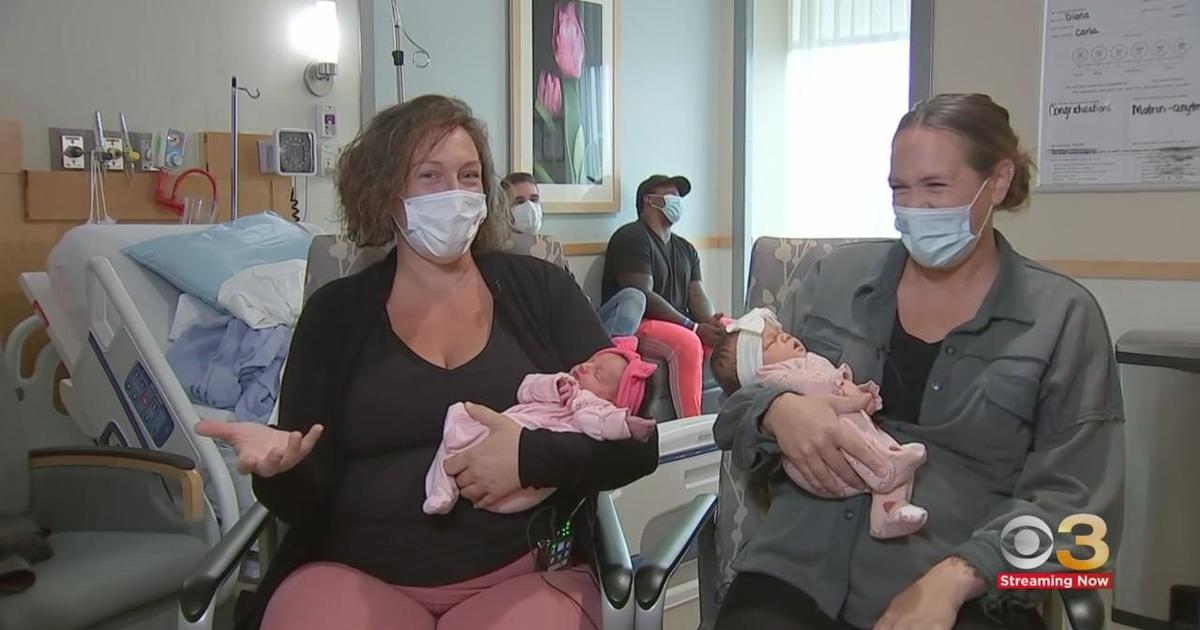 Cape May County sisters give birth to daughters on same day


PHILADELPHIA (CBS) — A sister act from Atlantic City. Siblings who’ve shared a lifetime of memories now have one that’s extra special. Mother nature works on her own schedule and sometimes ignores due dates for babies. For sisters who live in Cape May County, their babies will now share a birthday, and that wasn’t supposed to happen.

They were supposed to deliver three weeks apart, but Cape May sisters Kerry Player and Jennifer Mercado ended up in labor at the same time.

“I immediately texted and said I’m having the first baby,” Jennifer said.

They ended up in rooms next to each other at AtlanticCare’s Center for Childbirth in Pomona.

“The midwife stopped in my room to say think your sister is going to be ready before you and my nurse was like you better check her I don’t think so,” Jennifer said.

The texts were flying back and forth, including with their four other sisters.

“Between two of us trying to figure out what we were doing then all the rest of our sisters saying who doing what, where are you,” Kerry said.

Jennifer ended up having Sophia Rose first, at 4:15 a.m. Sunday.

“We heard through the wall, ‘It’s a girl’ which was a surprise, we didn’t know they were having a girl,” Kerry said.

“If I hadn’t won I would have said there was no competition, but since I came in first the competition was there,” Jennifer said.

“She’s been very good mostly. She does this and eats and that’s about it so we’re off to a good start,” Kerry said.

The parents say the girls are destinated to be best friends, who will be celebrating birthdays together.

They are headed home and discharged together.

The families are grateful to the hospital team for this unexpected family affair.

The girls are the 12th and 13th grandchildren of the family, and they have another sister who’s due any day.

Stephanie Stahl is an Emmy Award-winning health reporter. She can be seen daily on CBS3 Eyewitness News and The CW Philly.