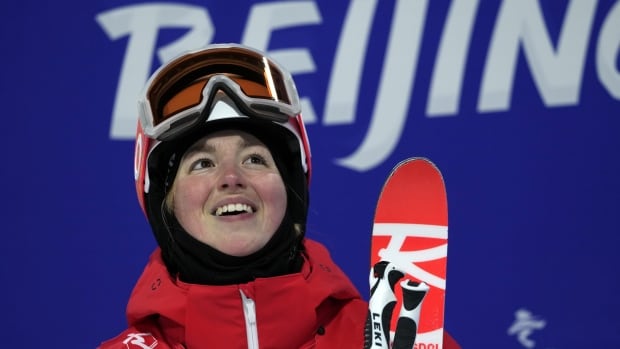 
Canadian freestyle skier Chloé Dufour-Lapointe announced her retirement on Wednesday, closing the book on an outstanding career that included an Olympic silver medal.

The 30-year-old from Montreal made history as the first female Canadian freestyle skier to compete at four Olympics, with the Beijing Games in February being her last. Dufour-Lapointe made her Olympic debut at the 2010 Vancouver Games at 18 years old.

Dufour-Lapointe’s list of career accomplishments also includes a Crystal Globe in 2016 and 27 World Cup podium finishes, with two victories. She competed in her first World Cup at 16 and went on to earn the 2007-08 FIS World Cup Rookie of the Year award following six top-10 finishes.

“I’m proud of everything … I wouldn’t change anything,” Dufour-Lapointe told CBC News.

“I’m healthy, and this is the main that I’m really proud of … [I don’t have] any injuries, so to decide to go onto my next chapter, it’s good to be able to decide when is the time [to retire].”

The 2014 Olympic moguls silver medallist tells CBC it was time to move on.

Dufour-Lapointe won silver in the women’s moguls competition at the Sochi Olympics in 2014, finishing one spot behind younger sister Justine. Dufour-Lapointe’s older sister, Maxime, also competed in the event.

In 2016, the three sisters became the first trio of Canadian women to sweep a freestyle skiing moguls World Cup podium.

A testament to their family bond, Chloé hugged and comforted Justine at the Beijing Games after the youngest Dufour-Lapointe sister crashed in the women’s moguls final, ending her chances of reaching the podium at a third straight Olympics.

Heading into the moguls final looking for a medal, Canadian Justine Dufour-Lapointe crashed, ending her chances at reaching the podium for the third straight Olympics. After her run, sister and fellow moguls skier Chloé Dufour-Lapointe embraced and consoled her younger sister.

Dufour-Lapointe had to quickly refocus for her own run, which would ultimately be her last on the Olympic stage. She looked up to the sky and cried after finishing, knowing it was the final chapter in her Olympic career.

“I love the sport, I love to jump, I love to ski, I will always. I knew that this feeling would never be in something else,” Dufour-Lapointe said.

She has more FIS starts in freestyle skiing moguls (186), than any other Canadian athlete, as well as well as the most FIS starts in singles moguls (127). She shares the record for the most World Cup starts with Pierre-Alexandre Rousseau (142).

“Although we are sad to see her leave the competitive side of our sport she will indelibly be etched in our memories, not only with what she achieved in her remarkable career but more importantly through her fighting spirit,” said Freestyle Canada CEO Peter Judge.

The sisters also have their own company that includes a clothing brand called Tissées Serrées, something Dufour-Lapointe is excited to focus on in post-retirement life.

“I have many other passions, but for sure the brand with my sisters is really important to me,” Dufour-Lapointe said. “I would like to make it grow bigger and invest more time into it.”

Dufour-Lapointe is now back at school studying fashion management, but it will take some time to adjust to her new life as she leaves the bright lights of competition behind her.

“I feel more comfortable on top of an Olympic hill than in the classroom right now,” she said with a laugh.