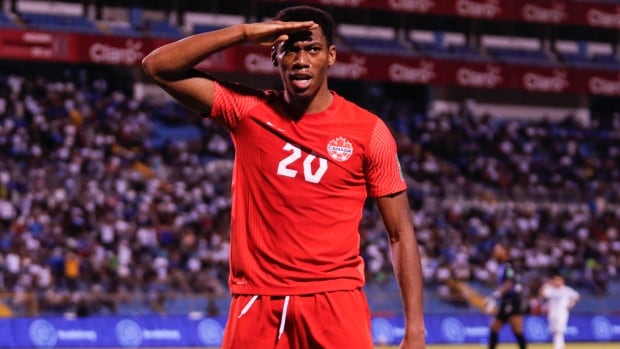 
How would Canada do without Alphonso Davies? Perfectly fine, as it turned out.

Denied the services of one of world soccer’s brightest attacking stars, the Canadian men’s team faced serious questions about how it would navigate its tricky CONCACAF World Cup qualifying match against Honduras on Thursday night in San Pedro Sula. Davies would not be available, sidelined by myocarditis, an inflammation of the heart muscle, after testing positive for COVID while on duty for his German club Bayern Munich.

On top of that, history had not been kind to the Canadians in the Central American country, their only win in 11 previous games on Honduran soil coming in 1985. A decade ago, Canada suffered a humiliating 8-1 loss to Honduras, a result that knocked them out of World Cup qualifying in embarrassing fashion. The bitter taste of that humiliation still lingered, and now they had to go back to Estadio Olimpico Metropolitano without Davies.

But the demons were successfully exorcised, and the absence of Davies proved to be a complete non-factor, as Canada rolled to a comfortable 2-0 win to remain top of the table in CONCACAF and move one step closer to qualifying for the 2022 FIFA World Cup in Qatar.

Canadian coach John Herdman heralded the professional nature of his team’s performance on a night when he felt they were going to have to fight for everything they earned.

“To get a 2-nil on the road was important for the team, to get our first win on the road, as well. More than anything, it was just about three points — that’s all it comes down to. …We bent a little bit, but we didn’t break. I think that’s the story of this team,” Herdman stated.

Davies not only one producing magic moments

Davies so often provides the Canadians with moments of pure genius, spurring on the team with his breathtaking pace and dynamic attacking play. But he is not the only player on this team able to conjure moments of pure magic, as Honduras discovered to its peril.

The hosts got off to a bright start on Thursday, putting Canada under immediate pressure. But it was the visitors who opened the scoring when Tajon Buchanan went on a probing solo run down the right, wrong-footed his marker with a series of tantalizing step overs, and then delivered a dangerous ball from the end line into the six-yard box that Honduras defender Denil Maldonado mistakenly headed into the back of his net.

A bit of fortune, to be sure. But make no mistake, Buchanan’s graft and skill created Canada’s opening goal.

Streaming his reactions to the match live on Twitch, Davies screamed out “Golazo! Come on! Tajon, give it to him!” after Buchanan’s brilliant play forced the own goal.

In desperate need of a goal, Honduras began to turn the screws on Canada as the second half trudged on. But goalkeeper Milan Borjan made a fabulous diving save on Kervin Arriaga’s glancing header in the 70th minute to deny the Honduran midfielder the equalizer.

Moments later, almost on cue, Jonathan David sealed the win for Canada with a highlight-reel strike.

Substitute Liam Fraser played a 40-yard, laser pass from deep inside his half to David, who skilfully controlled the ball with his chest, headed it forward, and then masterfully chipped onrushing Honduras goalkeeper Luis Lopez from 24 yards out. After three exquisite touches of the ball at full speed, the ball was in the back of the net. Game over.

“Johnny … Come on, man,” Davies screamed on his live stream.

Alphonso Davies wasn’t on the pitch Thursday against Honduras, but he still gave Canada something to watch, with his fun reactions to both of Canada’s goals in their 2-0 win. 0:29

Herdman was equally impressed: “Watching (David) on that transition, and the goal that he scored, I mean, that was special.”

Beyond the goals, the Canadians benefited from the stellar form of veteran midfielder Atiba Hutchinson, it’s 38-year-old captain who played in that 8-1 debacle nearly 10 years ago.

So much of Herdman’s tactics are built around Stephen Eustáquio, a sublime two-way player who makes the midfield tick. But he was unavailable on Thursday after reportedly testing positive for COVID-19. Hutchinson, Canada’s all-time caps leader, offset the absent Eustáquio, and was very much at the centre of things while effortlessly serving as his team’s chief organizer in the centre of the park.

One man goes down, another one seamlessly fills the void — that was the story of the game for Canada.

“The biggest thing I saw tonight was that next-man-up strategy,” Herdman said.

After the final whistle blew, Borjan, as has become the custom with this Canadian team, gathered his teammates and the entire coaching staff onto the field for a post-match huddle.

“What a f—king game! This is how you leave your heart for this shirt… We’re a team, we’re brothers, we’re one nation. We stand together, as brothers, as one big family,” Borjan passionately exclaimed.

That band-of-brothers mentality should serve Canada well as it hosts the U.S. on Sunday in Hamilton, Ont. (3 p.m. ET), and then visits El Salvador next Wednesday (9 p.m. ET) to close out this hugely important international window. It’s the last thing that Herdman would ever admit to believing, but you have to think if Canada can take points in their next two games that it will be Qatar-bound.

“It’s a special story that’s unfolding here. It seems like every (player) is able to contribute on the journey,” Herdman offered.