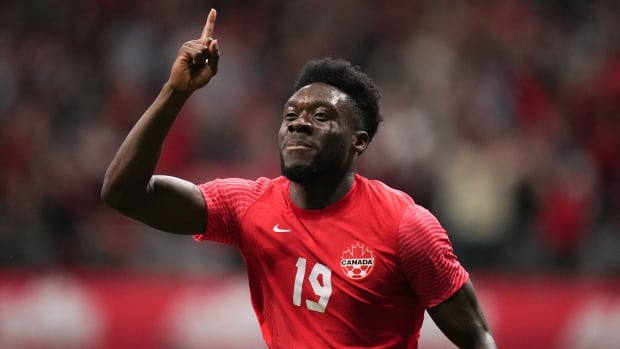 
Canada has moved up two places to No. 41 in the final FIFA rankings before next month’s World Cup.

The Canadian men, who topped the final round of qualifying in CONCACAF, will go to Qatar as the fourth-ranked team in the region covering North and Central America and the Caribbean, behind No. 13 Mexico, the 16th-ranked Americans and No. 31 Costa Rica.

The top five is unchanged with Brazil widening its lead atop the rankings over No. 2 Belgium, Canada’s first opponent at the World Cup. The Belgians lost to the Netherlands in Nations League play.

Argentina is third, followed by France and England. Italy switches places with Spain, moving up to No. 6 with the Dutch, Portugal and Denmark completing the top 10.

Croatia and Morocco, Canada’s other first-round opponents in Qatar, both climb the rankings. Croatia jumped three places to No. 12 while Morocco moved up one rung to No. 22.

CBC Sports’ Anastasia Bucsis is joined by Senior Contributor Chris Jones to get his reactions to the CanMNT’s friendlies against Qatar and Uruguay.

The Canadian men reached their all-time high at No. 33 in February 2022, erasing their previous best of No. 40.

Canada was 94th, sandwiched between Gabon and the Faroe Islands, when John Herdman took over as coach in January 2018. Back then the Canadian men ranked 10th among CONCACAF countries, looking up at Mexico, the U.S., Costa Rica, Jamaica, Panama, Haiti, Honduras, Curacao, and Trinidad and Tobago.

Canada’s lowest-ever ranking was 122nd in both August and October 2014.

A total of 53 UEFA Nations League matches and 119 friendlies were played in the last international break before the World Cup, which kicks off Nov. 20.

The biggest movers in the new rankings were teams that failed to qualify for Qatar. Scotland and Azerbaijan moved up five places, to No. 40 and No. 123, respectively.