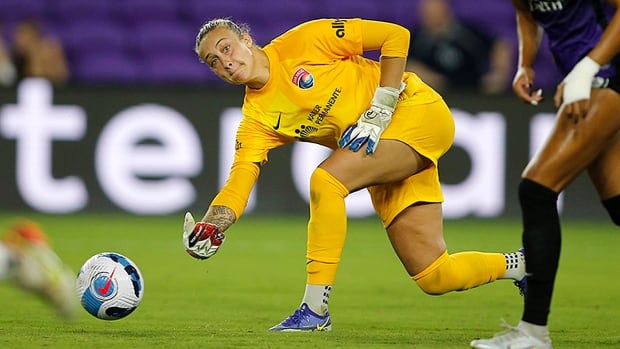 The 27-year-old from Whitby, Ont., who plays for the San Diego Wave, stopped 56 shots in 18 matches for a 0.95 goals-against average. She led the league in saving three of four penalty-kick attempts during throughout the regular season.

Sheridan, the Canadian No. 1, has 16 shutouts in 29 appearances for Canada.

League-leading OL Reign placed Alana Cook and Sofia Huerta on the first team and three others on the second.

The Best XI first and second teams were based on a weighted voting scale comprised of players (50 per cent), owners/GMs/coaches (20 per cent), media (20 per cent) and fans (10 per cent.).

Each player on the Best XI teams receives a cash bonus. The awards are sponsored by Mastercard.