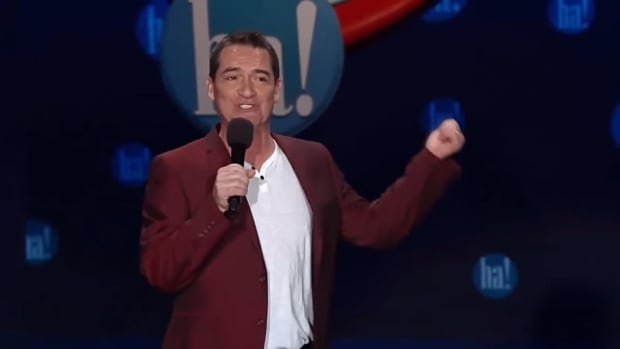 
A New Brunswick comedian best known for his time as a writer for CBC comedy programs has died.

Tim Steeves, born and raised in Sussex, was a well-known standup comedian on the Canadian comedy scene. He was 58.

In June, Steeves announced on his Facebook page that he had been diagnosed with pancreatic cancer.

He had undergone several rounds of chemotherapy with the aim of having surgery.

Last night, a hugely talented pillar of the Canadian comedy scene passed away. <a href=”https://twitter.com/TimSteeves?ref_src=twsrc%5Etfw”>@TimSteeves</a> was scrappy, edgy, and fearless – a guy who you’d be glad to have at your back in any sordid side-road bar gig. Above all, he was damn funny. RIP mister.

“I’m getting the best care and guidance through this,” said Steeves. “Not to mention huge support from everyone around me, especially my superhuman wife.”

Pancreatic cancer eventually took his life. He died Friday at his home in Toronto.

But he is probably best known for his work as a writer on both This Hour has 22 Minutes and The Rick Mercer Report.

In a Facebook post, Mercer called Steeves a “proud Maritimer” and said Canada had “lost a great comic mind.”

“[He] could always be relied on to find the funny. He found the funny right up to the end,” said Mercer.

“While fighting the most vicious of cancers, Tim said to me, ‘I told my wife if I beat cancer we can get a dog, so I guess either way she’s getting a dog.'”

Mark Critch, who has starred on This Hour has 22 Minutes since 2003, called Steeves “supportive and wickedly funny.”

“He was always in your corner and always laughing the hardest at his friend’s jokes,” said Critch in a post on Facebook.

“The Canadian comedy community is a lot less funny today.”

In a tweet, Corner Gas creator Brent Butt said Steeves “was scrappy, edgy, and fearless — a guy who you’d be glad to have at your back in any sordid side-road bar gig. Above all, he was damn funny.”

Steeves’s first cousin, Katie Brinston, remembers him as someone who was “always on” and “naturally took centre stage wherever he went.”

She said he did comedy just for the love of it.

“He did it just for the sole purpose of connecting people and making them laugh,” said Brinston.

The family is planning a memorial service for Steeves to be held in Sussex.