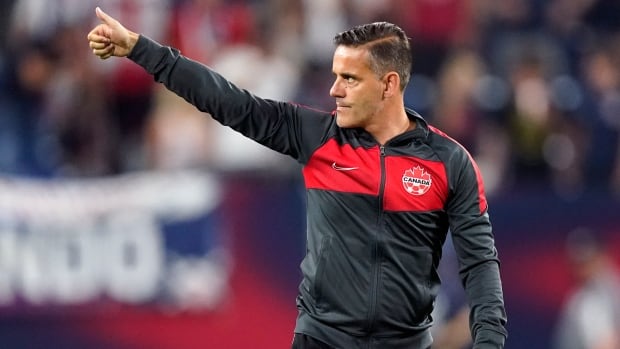 
John Herdman has never shrieked in the face of a challenge during his time as coach of both the Canadian women’s and men’s soccer teams. His tenure in charge of both programs is defined by his ability to keep his cool, even under the most adverse circumstances.

Herdman’s managerial acumen and reputation as a problem solver will face the ultimate test this month when the men’s side resumes its World Cup qualifying campaign after a successful start in September. Canada opened its account in the final stage of the CONCACAF qualifiers with a pair of draws against the United States and Honduras, before earning a comprehensive 3-0 home win over El Salvador.

With five points, Canada sits in a three-way tie for second place with the U.S., and Panama. Mexico tops the group with seven points (two wins and a draw). The top three teams in the eight-nation field at the end of the marathon 14-match group stage, which runs until next March, automatically qualify for the World Cup. The Canadians are off to a good start, but things are about to get a whole lot more serious.

Canada is scheduled to play three games in a seven day period, including a road trip to Jamaica (Oct. 10) and home date against Panama in Toronto (Oct. 13). But sandwiched between those two days is a visit to Mexico City’s Estadio Azteca on Thursday night for a showdown against CONCACAF top dogs Mexico in what is the biggest game in years for the Canadian team.

Estadio Azteca hasn’t been very kind to Canada over the years, as the team has never won at the venerable stadium that staged the 1970 and 1986 FIFA World Cup finals. Several heavy losses have been suffered there by the Canadians at the hands of the merciless Mexicans, including an 8-0 drubbing in 1993.

So on paper, it would appear that Canada, No. 51 in the current FIFA world rankings, has some work to do against ninth-ranked Mexico. But this is not the same Canadian side that the CONCACAF heavyweights have long used as a punching bag.

Canada has been on the upswing ever since Herdman took over the coaching reins three years ago, and has emerged as one of CONCACAF’s up-and-coming nations. More Canadian players than ever before are playing for top clubs in Europe — most notably Alphonso Davies with German giants Bayern Munich. Closer to home, a deep crop of national team members have established themselves amongst the best players in MLS at their positions, including Jonathan Osorio (Toronto FC), Samuel Piette (CF Montreal) and Mark-Anthony Kaye (Colorado Rapids).

Canada and Mexico met as recently as July when they went toe-to-toe in a thrilling semifinal match at the CONCACAF Gold Cup in Houston. Even with two of its main protagonists unavailable due to injury — Davies and forward Jonathan David, who plays with Lille in France’s first division — Canada pushed the Mexicans to their limits before El Tri eked out a 2-1 win via a goal deep into injury time.

Such a performance by Canada  against Mexico would have been unimaginable as little as three years ago. But a final four appearance at the Gold Cup, coupled with its strong showing in World Cup qualifying to date, has sent a message to the rest of CONCACAF that Herdman’s team is for real, and shouldn’t be taken lightly.

Canada tied for 2nd in World Cup qualifiers after 3 matches

Signa Butler sits down with John Molinaro to break down Canada’s opening fixtures in the final round of qualifiers for the 2022 Qatar World Cup. 3:50

Mexico test a barometer for Canadians

Still, Thursday night will be a tough test for Canada, and will serve as a barometer of just how far it has come under Herdman. Overall, the Canadian men’s team has played 30 games and racked up 22 wins with only six losses since Herdman took charge in 2018. But the overwhelming majority of those victories came against CONCACAF minnows, and only twice has Canada defeated a higher-ranked nation in the Herdman era. What’s more, Mexico is undefeated at Azteca dating back to 2013, and it has never lost a World Cup qualifier to Canada.

Herdman also faces some major roster issues going into the match against Mexico. Captain Atiba Hutchinson, starting goalkeeper Milan Borjan and red-hot striker Cyle Larin have been called up, but Herdman admitted last week that he’s not sure they’ll play any part in the three games this month due to health issues.

On top of that, promising young defender Scott Kennedy has been ruled out with an injury, while winger Junior Hoillett and midfielder David Wotherspoon won’t be able to play in Mexico due to health restrictions that deny travel from UK-based players to certain red-list countries. Canada also has five players on yellow cards from last month, which means any of them will earn a one-game suspension if they pick up another caution on Thursday.

At the same time, Herdman recognizes that this month’s slate of games, and in particular the match versus Mexico, presents Canada with a chance to take a giant step towards qualifying for the World Cup.

“I’m excited. It’s a window that we’re going to suffer a little bit in… but it’s a real opportunity for us to show the quality of our depth and to strengthen this group,” Herdman offered.

If Joyce Echaquan were white, she would still be alive, Quebec coroner says