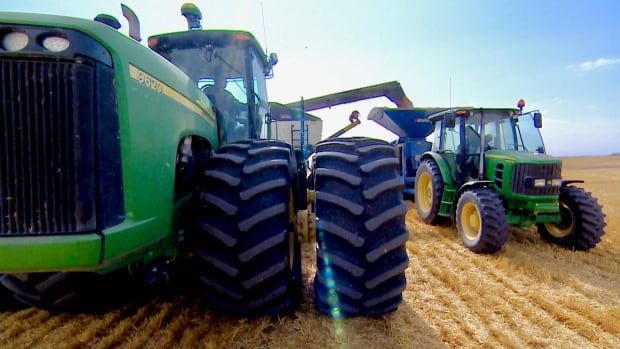 
This year’s harvest has farmers hopeful it will make up for last year’s poor crop yield, yet supply chain stalls could put a further wrench in agriculture profits.

Western Canada’s grain harvest is an estimated 75 million tonnes this year, said Wade Sobkowich, executive director for the Western Grain Elevator Association, as drought, floods and wildfires contributed to a below-average harvest of 49 billion tonnes the year prior.

Sobkowich said 85 per cent is an acceptable fulfilment level. When the rate drops below that, railcar delays impact the entire supply chain, leading to a buildup at the grain elevators and slowing down farmer deliveries.

“Farmer’s don’t get paid until they deliver,” he said.

Last year, one in nine people were employed by the agriculture sector, contributing $135 billion to Canada’s gross domestic product, according to Agriculture and Agri-Food Canada.

Currently, farmers are ordering around 10,000 to 11,000 railcars per week, said Sobkowich.

CP spokeswoman Salem Woodrow, said in a statement that the company is prepared to meet the transportation needs of grain customers this crop year.

She said CP ramped up hopper car delivery at the start of the crop year, matching record order fulfilment and port unload levels over September.

Sobkowich said the discrepancy in the numbers between CP and CN is due to the recording methods of CP as the railway company calculates the demand they accept rather than legitimate demand.

“Probably, in CP’s view, they are performing better than what our numbers show,” said Sobkowich.

Although, Abecassis said CN did have a slow start to the season, as the harvest was slow to get underway and grain supplies were tight given the impact of last year’s drought.

“Unfortunately, getting trains moving again is a progressive process, it doesn’t all just happen at once,” said Abecassis in a statement.

Sobkowich said CN seems to be holding at an acceptable level, “although of course we would like to see them get closer to 100 per cent.”

He said the WGEA will continue to watch fulfilment levels closely but has some concerns about how delivery stalls could persist into the fall.

Transport Minister Omar Alghabra announced an $8 million investment in new grain terminal equipment in the Port of Montreal earlier this month to improve the quality of the grain-cleaning service, optimize traffic flow in the yard, and increase capacity for loading and handling containers.

“Thanks to these funds, grain exports here at the Port of Montreal will be able to move more than double,” said Alghabra at a news conference.

In a phone interview, Alghabra said a new rail regulation will come into force, that requires rail companies to provide more information about operations and performance. However, the details of the regulation have yet to be announced.

The Minister’s announcements come after the National Supply Chain Task Force said in a final report that urgent action from both government and industry is needed to keep goods flowing in Canada.

‘Be the teacher I wish I had’: These aspiring Ontario teachers hope to diversify the field