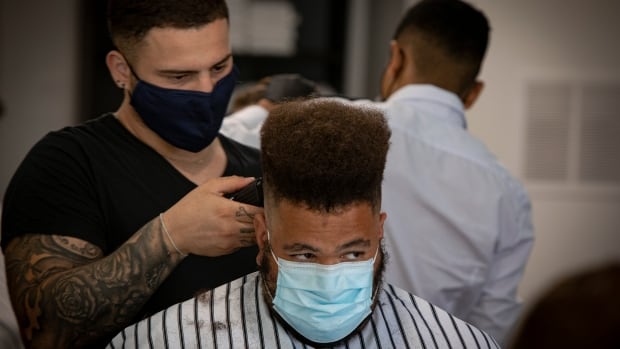 Canada’s economy was flat in May, stoking fears a slowdown is already underway


Canada’s economy didn’t expand at all in May, the second month of the year that its failed to eke out any gains, Statistics Canada said Friday.

The data agency said that a slight uptick in the service sector wasn’t enough to offset a decline in goods-producing industries, so the total value of all economic output during the month was essentially unchanged from what it was a month earlier.

The flat showing was actually better than the slight decrease of 0.2 per cent that economists had been expecting.

An advanced estimate for June suggests that the economy fared only slightly better last month, too, with an increase of 0.1 per cent.

Final numbers won’t be available until the end of August, but if June’s advanced figure bears out, that means Canada’s economy grew by 1.1 per cent in the second quarter — not a strong showing by any metric, but at least better than the contraction of 0.9 per cent seen in the U.S. over the same period.

“Today’s GDP data suggest that the Canadian economy was slowing even before the largest of the Bank of Canada’s rate hikes was delivered,” CIBC economist Andrew Grantham said.

EU moves ahead with plans to standardize phone chargers by 2024