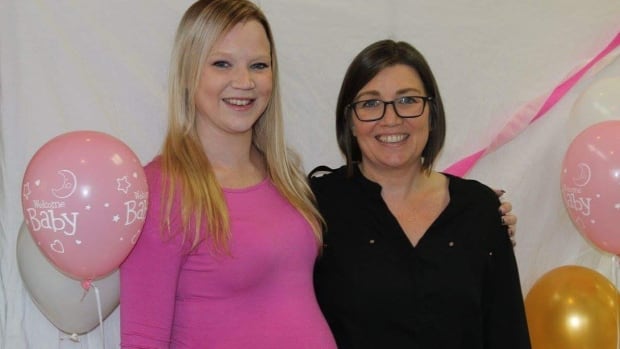 
At five months pregnant, Claudia Wong knew it was normal to be uncomfortable some of the time. But she couldn’t shake the feeling something was wrong.

The Pickering, Ont., woman had already gained about 14 pounds, significant on her small frame. She’d become so swollen her legs were “like sausages” when she tried to put on pants. Her vision sometimes blurred.

Wong, who works in health care, mentioned everything to her obstetrician, but said she was told to “watch and wait.”

One night in October 2019, Wong had painful, fiery heartburn that no amount of antacid would dispel. She considered going to the hospital, but “it just felt like another thing that people would have brushed off,” she explained.

Instead, she and her husband, Denis Beaulne, checked into a float spa to relax. When Wong took a long time in the change room, the attendant unlocked the door and Beaulne found his wife passed out in the shower.

They went to a Durham-region hospital and waited several hours. Suddenly, as Beaulne watched in horror, his wife’s arm shot out violently. Then she began convulsing and foaming at the mouth.

Wong had eclampsia, one of the most common severe complications women experience during pregnancy. It’s a blood-pressure condition that ranges in severity and sometimes leads to death. Wong had many typical symptoms that had gone untreated for weeks.

Near misses like Wong’s happen in Canada every day, but maternal health experts say they don’t have to. Deaths of mothers are less common, but doctors are sounding the alarm that there are no consistent or reliable systems here to collect and share information on maternal deaths and close calls. It’s particularly tragic, they say, because most deaths and adverse outcomes are preventable. It also means mothers in Canada die from conditions like pre-eclampsia that no longer kill women in countries with better maternal health monitoring systems.

Dr. Jon Barrett, chair of McMaster University’s obstetrics department, has been advocating for such a system for two decades.

“It’s like having a near-miss aircraft crash at Pearson Airport, or one of the other major airports and not … trying to find out: What have we learned from it to avoid the next time?”

It’s like having a near-miss aircraft crash at Pearson Airport and not … trying to find out: What have we learned from it to avoid the next time?– Jon Barrett, chair of the department of obstetrics and gynecology at McMaster University

Patti Farnan doesn’t know if her daughter Kayla’s death was investigated, if anyone learned from it, or if it could have been prevented.

In January 2017, two and a half years before Wong’s seizure in a Toronto-area ER, 25-year-old Kayla Farnan had a seizure in a Niagara-region recovery ward.

She had just given birth to her first child by emergency C-section.

When her mother heard the code blue and saw medical staff running toward her daughter, she knew her worst fears had been confirmed.

Kayla’s pregnancy had been difficult, she said. Her daughter often complained she didn’t feel well and had frequent headaches, swelling and nausea.

“I was worried about her,” Farnan said. “I did have a gut feeling that things weren’t quite right.”

Kayla’s blood pressure was also high and she was told to monitor it, but was never put on medication, her mother said.

Like Wong, Kayla had been pre-eclamptic and undiagnosed. In her case, she developed HELLP Syndrome, one of the most severe forms of pre-eclampsia. HELLP stands for hemolysis — the destruction of red blood cells — elevated liver enzymes and low platelets.  A blood clot the size of a baseball had formed in her brain.

The family only learned of Kayla’s diagnosis after she was sent to a trauma hospital for emergency brain surgery.

“And then we started doing research on HELLP and she checked every single box,” Farnan said. “I couldn’t believe it.”

Kayla never regained consciousness after the brain surgery. A week later, the family made the devastating decision to remove life support.

When Farnan looks back on it, she wishes she’d been more forceful in her demands that Kayla receive closer medical attention.

“Be vigilant for your daughters,” she said. “This needs to be taken seriously. Somebody died. And I’m sure she’s not the only one.”

Kayla Farnan isn’t the only one. According to Statistics Canada, 523 women died from complications of pregnancy or childbirth between 2000 and 2020.

But Canada’s count of maternal deaths is so incomplete that Dr. Jocelynn Cook, the chief scientific officer of the Society of Obstetricians and Gynecologists of Canada (SOGC), says no one really knows how many mothers die during pregnancy or in the months after.

She says the true number is probably closer to 800, possibly higher.

She’s not alone in her suspicion that Canada undercounts the deaths of mothers.

This country’s data is so incomplete that an international report by the World Health Organization (WHO), UNICEF and others estimates Canada’s maternal mortality rate to be as much as 60 per cent higher than what is reported by StatsCan.

If those estimates are correct, Canada’s maternal mortality rate, while still low by global standards, was in the top third of countries in the Organization for Economic Co-operation and Development (OECD) in 2017 — and was double the rate of other high-income countries such as the Netherlands, Ireland and Japan.

The holes in Canada’s system

There are a number of reasons the death of a mother might slip through the cracks, Cook explains. Canada’s national maternal death count is calculated from death certificates. A death is considered maternal if it has been flagged as either a death of a pregnant woman or a woman in postpartum. But experts told CBC that these forms are routinely filled in incorrectly.

Even what counts as a maternal death is different depending on the province or territory where it happened.

Some provinces use WHO’s definition of up to 42 days after the end of pregnancy. Others count up to a year postpartum. Others may not count the postpartum period at all.

Only six provinces have mandated maternal death reviews, which means that if a woman dies in the other seven Canadian provinces or territories, her death will not be independently investigated.

“If we don’t capture information the same way across systems, if we don’t ask the same questions, we’re never going to be able to really understand what’s happening,” said Cook.

She has created a checklist to help provinces record consistent information when maternal deaths happen.

“We do know from the data from other countries that … a significant proportion of those cases are preventable,” Cook said. “And nobody wants anybody to die.”

In the U.K., maternal deaths have been tracked and investigated by the country’s MBRRACE monitoring program since 1952. Whenever a woman dies in her childbearing years, the team checks to see if she gave birth in the last year, says Dr. Marian Knight, a professor of maternal and child population health at the University of Oxford, and leader of the program.

“If we didn’t do that, we would potentially miss up to half of the maternal deaths that occur in the U.K. because … if you die by suicide, the fact that you have a six month old baby wouldn’t necessarily be written … on that death certificate.”

The law requires that maternal deaths to be reported to Knight’s team, and results from the confidential investigations are distributed widely.

Another U.K. program investigates near misses. One of its successes has been the virtual elimination of deaths related to pre-eclampsia, which killed Farnan and caused Wong to seizure. This is because recommendations around blood pressure control and fluid intake were written into national guidelines, Knight explains.

“It’s transformed the picture for women with pre-eclampsia,” she said.

After she had the seizure, Wong was airlifted to a Toronto hospital, where she had an emergency C-section.

Her daughter Sophie was born at just 750 grams and spent more than two months in intensive care.

As someone who lives with the trauma of her daughter’s birth and the lasting impacts of eclampsia, which included a detached retina and changes to her brain, Wong wonders whether any of it could have been avoided.

“The worst part, I think, is the moral injury of seeing that there’s something that could work and then knowing that that doesn’t exist here,” she reflected. “Why doesn’t it exist here?”

Studying close-call cases like Wong’s is the life’s work of Dr. Rohan D’Souza, an associate professor of obstetrics and gynecology at McMaster University.

“They can tell you not only what factors resulted in these adverse outcomes, but also tell you what measures were put into place to prevent mortality and worse outcomes from happening.”

There is no point in having state-of-the-art review systems and keeping the knowledge to ourselves.– Dr. Rohan D’Souza, associate professor of obstetrics and gynecology at McMaster University

For D’Souza, surviving birth shouldn’t be the only goal.

When a near miss happens, hospitals often do internal reviews, but that information isn’t made public.

“There is no point in having state-of-the-art review systems and keeping the knowledge to ourselves,” he said. “If it could happen in one institution, it can happen in another institution.”

D’Souza is working to establish a national surveillance system to determine what the most common complications of pregnancy are and collect lessons every doctor can learn from.

In Canada, health care is a provincial responsibility. This means the federal government has no authority to mandate independent investigations into maternal deaths and near misses in each province, according to the Public Health Agency of Canada.

The department declined an interview request, but said in an emailed statement that it’s working to improve its understanding of maternal health by linking datasets on hospitalizations, vital statistics and the census. This will help policy makers understand how factors such as ethnicity and income affect maternal health, the statement said.

“However, these initiatives do not involve medical practitioners confidentially sharing information on maternal deaths or near misses.”

Barrett, who trained in the U.K., says he recognizes the fact that health care in Canada is a provincial responsibility poses challenges for re-creating the U.K.’s top-down system here.

“I think that’s part of the reason we haven’t really got our act together, is everyone saying it’s somebody else’s issue. I think women have not been prioritized,” said Barrett. “I really believe it is an equity issue in terms of the correct amount of emphasis given to maternal health.”

It was such a disgrace that we lost my daughter in such a way that it could have been salvageable. She could still be here.– Patti Farnan

For Patti Farnan, any changes will come too late.

“It was such a disgrace that we lost my daughter in such a way that it could have been salvageable,” she said. “She could still be here.”

“It needs to change, and my selfish reason is that Kayla’s death has to count for something.”