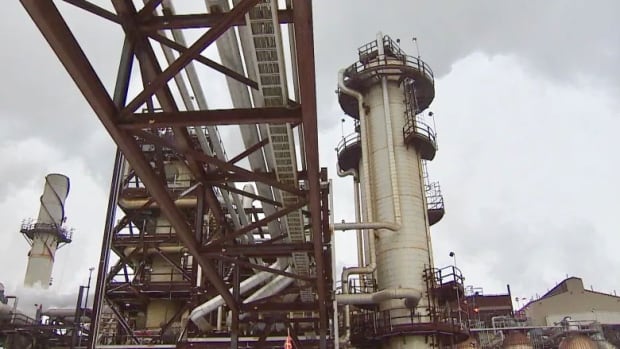 Canada examining how to keep its carbon capture competitive in wake of U.S. incentives


The federal government is looking at how it could alter its carbon capture offerings to keep Canada’s energy industry competitive as the United States moves forward with a more aggressive plan to green its economy.

The U.S. is investing $369 billion US in energy security and climate change programs over the next decade through the Inflation Reduction Act (IRA).

That legislation also dramatically increases the tax credits available to facilities that capture and store carbon emissions. Carbon capture, utilization and storage (CCUS) has been a push from governments and industry as many countries work to decarbonize energy production.

“We want to make sure that Canadian companies remain competitive and that international investors that come to our jurisdiction are able to take full advantage of the tax credits,” Randy Boissonnault, the associate minister of finance and minister of tourism, told CBC News.

“Our government is very seized with this issue of the Inflation Reduction Act and how to make sure we don’t have a big gap between our two countries.”

The finance department is examining the U.S. legislation and consulting with the industry to determine next steps, Boissonnault said.

Last week, Deputy Prime Minister Chrystia Freeland hinted there would be a response to the IRA in the upcoming fall economic statement and more in the next budget.

“We definitely want a solution that is done with industry, that makes sense to industry, because the good paying jobs in the future can be had here in Canada and we want them to be here in Canada. So we’re going to continue to work on it,” Boissonnault said.

Canada’s budget this spring promised immediate and long-term financial backing for CCUS, with a tax credit expected to cost $1.5 billion annually starting in 2026.

The federal government is pledging to cover 60 per cent of equipment used in direct air capture projects and 50 per cent for other types of CCUS projects. The tax credit also covers 37.5 per cent of other eligible equipment used for transport and storing the carbon dioxide.

With it came a reminder for the industry to not drag its feet on reducing emissions — the incentives will be halved in 2031 through 2040.

At the time, Canada’s plan was comparable to the Q45 carbon capture incentive in the U.S.

The new IRA has changed that.

“Canada really is at about half of where the [U.S. program] is under the Inflation Reduction Act,” said Mark Cameron, the vice-president of external relations with the Pathways Alliance, a group representing 95 per cent of oilsands producers.

Cameron added they’ve asked the federal government to look at adding to the existing CCUS programs, including allowing the investment tax credit to cover operating costs or introducing a production tax credit. And they’ll be looking for a nod to those requests in the fall economic update.

“If the government was to make changes to the investment tax credit or to supplement it with some additional measures, that would put us a lot closer to making final investment decisions on these projects,” he said.

“If we don’t get that kind of certainty by the middle of next year, then those timelines for 2030 are going to slip.”

The federal government’s emissions reduction plan would require the oil and gas sector to reduce its emissions by 42 per cent below 2019 levels by the end of the decade. It’s a feat the industry says is unrealistic. Pathways has committed to getting the participating companies to net-zero emissions by 2050.

But Ottawa also wants the provinces to step up with their own clean energy incentives.

“What we need is [Alberta] to come to the table and be very clear about what they’re going to put on the table for their carbon capture use and storage credit,” Boissonnault said.

CBC News has reached out to the Alberta government for comment.

The oilpatch is revelling in its most lucrative year ever, as high prices for oil and natural gas have delivered massive profits for companies — forecasting a $147-billion year after tax, according to the ARC Energy Research Institute.

Boissonnault added the government is also focused on hydrogen and critical mineral strategies, as well as battery production and semiconductors.