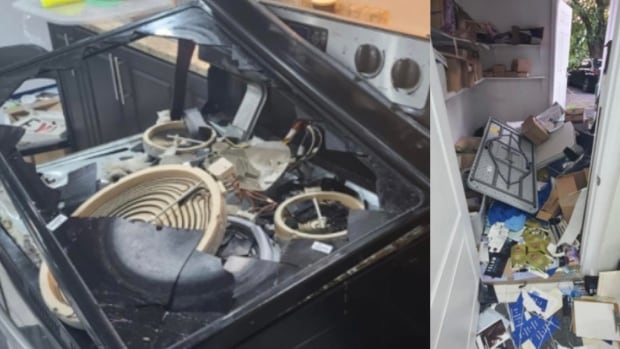 
A mosque in Cambridge, Ont., has been vandalized in what officials are calling an act of hate.

Baitul Kareem Mosque had extensive damages and stolen property, according to a statement by the Ahmadiyya Muslim Jama’at Canada on Thursday.

The statement calls it an “act of hate, with damages exceeding tens of thousands of dollars.”

“We are deeply troubled to learn of this attack on the Baitul Kareem Mosque,” said Lal Khan Malik, national president of the Ahmadiyya Muslim Jama’at Canada said in a release.

“Our mosques have always served as symbols of peace in the community, and it is hurtful for us to see our mosque attacked and vandalized in this fashion.”

Asif Khan, national public relations director for Ahmadiyya Muslim Jama’at Canada, said in an interview that it’s believed the damage was done between 2 p.m. and 4 p.m. ET on Wednesday, “in the middle of the day, which is alarming.”

Khan said police were called when the imam went to the mosque at 4 p.m. and heard a commotion inside. Officers arrived at the scene and spoke with people outside the mosque, he said.

“There’s quite a bit of damage,” Khan said, noting the door had been smashed in, the kitchen area was ripped apart, with the stove and other appliances being damaged. As well, electronics were taken and the surveillance system was damaged.

Islamic literature was “tossed all over the room,” he added.

In a release sent out Thursday, Waterloo Regional Police Service (WRPS) said they received a report of a break-in and property damage at the mosque around 5:30 p.m. on Wednesday.

Police said they believe the entry was forced and a suspect or suspects caused “significant damage to the mosque and stole property.”

“We are deeply disturbed by this senseless criminal act and the significant destruction,” WRPS Chief Bryan Larkin said in the release.

“Places of worship are sacred, and this criminal act cannot and will not be tolerated in Waterloo Region. Rest assured, we are actively investigating and committing appropriate resources to this investigation. My thoughts are with our Muslim community as they cope with this destructive and hateful crime.”

Members of the WRPS forensic team processed the scene. Police said they have also offered support and a discussion on safety measures with the mosque and the Muslim community.

The statement said the national Canadian Muslim community is “shocked” to learn about the incident.

It said police are investigating and “have collected evidence at the scene.”

We hope that we can change hearts. We’re not out to get anybody. Whoever did this damage, if you’re willing to come to the table, we’re willing to forgive.– Asif Khan, Ahmadiyya Muslim Jama’at Canada

Meanwhile, the organization said it has heightened security measure at its mosques and prayer centres across Canada.

The National Council of Canadian Muslims said on Facebook it was “greatly disturbed to hear about the ransacking and vandalism.”

The council called on police “to conduct a thorough investigation, and to investigate as potentially hate motivated.”

The damage to the Cambridge mosque comes as there has been a rise in anti-Muslim hate across Canada in recent weeks.

Members of a mosque in Hamilton have said they are “gravely concerned” for the family of Imam Kamal Gurgi, as police investigate what they’re calling a hate crime against a Muslim woman and her adult daughter Monday evening.

A 40-year-old man from Cambridge faces a number of charges, including assault with a weapon, dangerous operation of a motor vehicle and uttering death threats.

It also comes just over a month after four members of a Muslim family were killed in London, Ont., after police say a 20-year-old driver motivated by hate ran them over. Salman Afzaal, 46, his wife Madiha Salman, 44, their daughter Yumna Afzaal, 15, and Salman’s mother, Talat Afzaal, 74, were killed after a pickup truck jumped a curb and ran into them.

The couple’s son, nine-year-old Fayez, was injured but is recovering.

Last month, an Edmonton mosque was vandalized with a swastika, and police at the time said it may have been related to two other instances of hate vandalism in the area.

The federal government has previously announced an emergency national summit on Islamophobia would occur July 22.

Khan said members of the mosque are preparing for Eid Al-Adha next Tuesday. The mosque opened in 2006 and they’ve done a number of outreach events in the community.

“Our local community is obviously distraught,” Khan said. “It does have the members confused and I guess a little bit alarmed.”

He said young members of the mosque will help clean up the vandalism and they’re prepared to complete whatever repairs are needed. He said it may also be a chance to educate the person or persons behind the act.

“If these people who may have done this act, if there’s an opportunity to reach out to them and to create some understanding that we’re not unfriendly. We’re here as a part of the community,” Khan said.

“We hope that we can change hearts. We’re not out to get anybody. Whoever did this damage, if you’re willing to come to the table, we’re willing to forgive.”