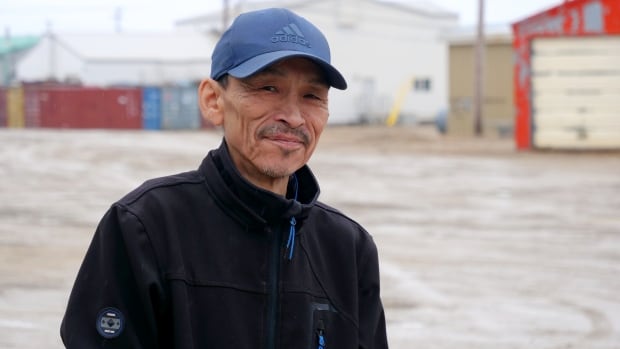 
It was a happy moment for Peter Avalak this summer as visitors stopping in by the boatload arrived in Cambridge Bay, Nunavut.

Avalak, who was born and raised in the hamlet and is a carver, has often led group tours there over the years.

“I look forward to this every year,” he said. “I’m proud to show off my community.”

In recent years, traffic into the community came pretty much to a stop. Pleasure craft and ocean liners were not allowed to navigate Arctic coastal waters in 2020 and 2021 due to the pandemic.

But this year, between the end of July and the beginning of September, nine cruise ships, carrying some 1,800 passengers, visited Cambridge Bay, according to Angela Gerbrandt, the hamlet’s economic development officer. The community’s total population is only 1,760, according to the 2021 census.

About 13 cruise ships have passed through the waters of the Northwest Passage and stopped in more than half of Nunavut’s communities, according to the territorial Department of Economic Development and Transportation.

On Sept. 8, the Greg Mortimer cruise ship, operated by Australian company Aurora Expeditions, came in, carrying about 125 tourists, 95 passengers of which could come ashore. About 30 people could not disembark because they were positive for COVID-19, said the deputy expedition leader, Christian Genillard.

On a windy September afternoon, Alan Smith, a tourist from Vancouver, was among the dozens of tourists all dressed in the same blue and black coat crowded in the Cambridge Bay airport, waiting to board his flight back to southern Canada.

Smith had just completed a crossing in the Northwest Passage, which started two weeks earlier in Kangerlussuaq, on the west coast of Greenland.

He had been to northern Alaska before, but had been thinking for several years about discovering the Canadian Arctic. He said it was, above all, the majestic cliffs of Baffin Island that marked his trip.

The cruise ship, he said, was just “a means to an end to see the places that, you know, you read about in the books.”

This type of cruise attracts thousands of tourists every year who are fond of adventure and unusual vacations. Some visitors looking to do a 30-day trip in the Arctic pay up to $40,000. Some hope to see polar bears while others dream of sailing in the wake of the Arctic expedition of John Franklin, who perished with his crew trying to discover the Northwest Passage in the mid-19th century.

Cambridge Bay is considered one of the gateways to the Northwest Passage. In 2019, the opening of the Canadian High Arctic Research Station (CHARS), a project supported by former Canadian Prime Minister Stephen Harper, helped put the community at the forefront of the Arctic geostrategic scene.

In August, the Canadian Armed Forces military operation Nanook-Nunakput, combined with the visit of Prime Minister Justin Trudeau and NATO Secretary General Jens Stoltenberg, confirmed this enthusiasm for the North.

Like Cambridge Bay, other Nunavut communities such as Pond Inlet, Gjoa Haven and Resolute Bay are also summer cruise ship stops. The boating season generally runs from June to November, according to the Canadian Coast Guard.

To be allowed to visit the community, passengers must be fully immunized and tested before the cruise begins and during the cruise. Those who are positive for COVID-19 are put in isolation for 10 days, Genillard said.

Passengers whose COVID-19 screening tests are negative are transported by inflatable boat to the banks for a visit to the community. Their guided city tour includes stops at CHARS and the May Hakongak Community Library and Cultural Centre, as well as a local food tasting and craft sale at the Red Fish Arts Studio.

This year, the municipality imposed a service fee of $100 on all cruise ship passengers who enter the community.

While tourism in Cambridge Bay is generally welcomed, there are some mixed thoughts among locals about the tourists.

For many, these tourists are perceived as a window into the world, an opportunity to learn about cultures foreign to their own while introducing them to local traditions.

Apart from the two years of calm caused by the pandemic, the community has become accustomed over the past 10 years to frequent cruise ships stopping by during the summer season.

In the sewing room of the May Hakongak Community Library and Cultural Centre, elders sit on the floor with their legs crossed, taking painstaking care with the clothes they make by hand. A soothing silence envelops the cramped room, which overflows with materials of heterogeneous textures.

For Mary Kaotalok, an elder in the community, towering cruise ships were not something she was used to seeing in the harbour of Cambridge Bay growing up. Sometimes, she wonders what motivates visitors to come.

“Do they bring help? Or do we bring our help to them? Because there are so many different kinds of people that come into our communities. Are they curious?” she said in Inuinnaqtun.

Meanwhile Elder Annie Atighioyak said she doesn’t mind having the tourists, and that they can bring benefits — even inadvertently.

“These tourists are like us. They’re curious,” she said in Inuinnaqtun. “And … sometimes these big ships bring whales in with them, so that will benefit the Inuit with whale hunting.

“It’s a good thing that tourists visit our communities, because it allows them to learn more … about our culture, our way of life and our traditions.”

“We’re often told by tourists that we’re one of the nicest communities they’ve visited, so that’s very positive for us,” said Langan, who has lived in Cambridge Bay since 2007.

However, she notes that some products, such as fur garments, are more difficult to sell due to import restrictions in some countries. This is why sculptures made from soapstone are generally more lucrative.

“I do notice that the cruise ships, a lot of them, they really don’t buy a lot of stuff. Maybe it’s because of the small cabin space or just the logistics of trying to get it back home,” Langan said.

“But as far as the cruise ships, the people, they’re very friendly. We haven’t had any trouble this year with anything.”

She said one group of visitors spent a couple of hours in town, while other ones had maybe just half an hour to 10 minutes at the cultural centre.

Meanwhile, Avalak said he too thinks the short time the visitors spend in the hamlet is not long enough to really take in the community, like visiting the grocery store to see the high price of food that residents regularly pay.

“A couple hours is just not quite enough to show our community,” he said, adding the tourists should see “how we budget our money and how we compromise with these expensive [items].”

He also wishes elders could be a bit more involved with some aspects — like being able to charge visitors for taking their photos.

“Would be nice if the cruise ships [stayed] overnight, then they would really know the community and go home and tell these beautiful stories, and consort with elders too,” he said. “That’d be a beautiful thing.”