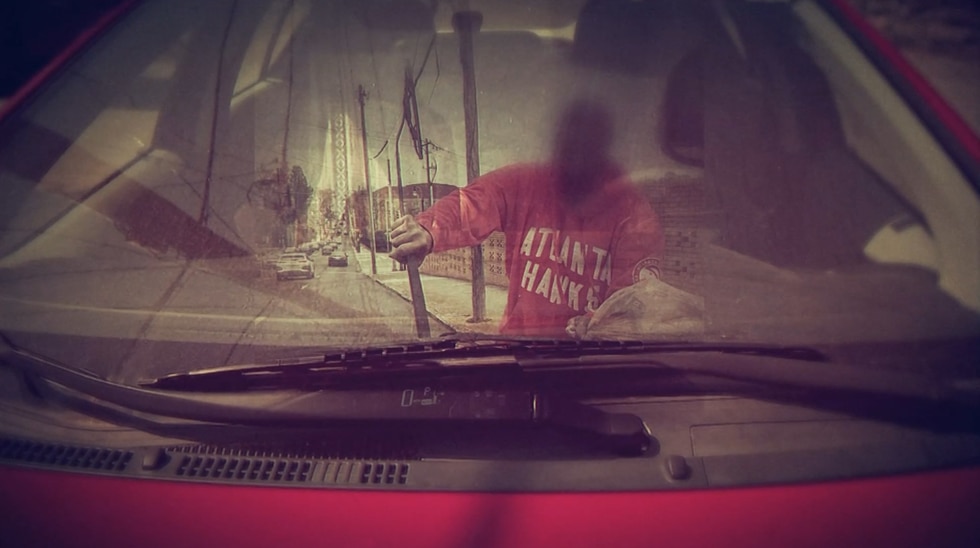 Bystanders jump in as Atlanta woman waits on hold for 911


ATLANTA, Ga. (CBS46) – You might expect to hear an automated recording when you call your power company or your cell phone provider – not when you call 911. But that’s exactly what’s happening to thousands of 911 callers in Atlanta.

In an emergency when every second counts, a CBS46 investigation uncovered a frightening trend. In 2020, roughly 5% of Atlanta’s 911 callers waited on hold for more than 40 seconds. In 2021, that number grew to 9% and in the first four months of 2022, that number jumped to nearly 13%.

The Atlanta E-911 Center receives roughly 3,000 calls every day and 1.2 million calls per year. Right now, their phone systems do not separate 911 calls from non-emergency calls.

‘Please do not hang up’

While waiting at a stop light in northwest Atlanta, a man walked in front of Alexandria Hadd’s car and began screaming.

“He started hitting the hood, then he eventually broke off the wiper blade,” Hadd said. In a panic, she put her car in park. “When I put it in park, my doors automatically unlocked and that’s when he came into my car,” Hadd explained.

She grabbed her phone and dialed 911. She was greeted with this recording: “You have reached the city of Atlanta 911. Your call is very important to us. Please do not hang up. The next available operator will answer your call.”

Desperate for help, she hung up and re-dialed but she heard the same recording. While waiting on hold, bystanders pulled the man from her car.

“I don’t know if he was having an acute mental episode or was otherwise distressed in that moment. I don’t really know why he picked my car to stand in front of and attack, but he did,” Hadd said. “If it hadn’t been for bystanders pulling the man from my car, I don’t know how long I would’ve been in that moment.”

She drove home and called 911 again. This time, she talked to a dispatcher.

“I called twice but it didn’t go through. And then I hung up. It was in the middle of like, an emergency,” Hadd told the dispatcher. “He snapped the windshield wiper off of my car. I, I was trying to call you guys.”

“I thought you get through right away, all the time,” Stephen Canavan said.

Stephen Canavan was also greeted with a recording when he called 911 in North Atlanta, last month.

“I called to report an alarm [going off] here at the Lindbergh MARTA station. I was placed on hold and ended up in a loop,” Canavan said.

The recording played over and over again for more than five minutes before a dispatcher answered. Canavan recorded the call and shared it with CBS46 Investigates.

“Obviously 911, it could be a life or death situation,” Canavan said. “In my case, it wasn’t, but there needs to be a better response time.”

“If you want to help us resolve the issues, come be a part of the team,” Arnold said. “Along with everyone else, we’re experiencing staffing shortages. It’s a nationwide issue. We’re not immune to it. We are working to hire. We have conducted job fairs. We’re actively and continuously recruiting.”

According to vacancy data, Atlanta budgets 170 positions for E-911. Currently, 141 of them are filled. Arnold said 18 of those positions were created last year because of an increase in 911 calls.

“City Council approved pay raises for our employees last year. It was a significant pay raise, 15% to 20% for some employees, to make us more competitive in the industry,” Arnold said.

Staffing is not the only factor impacting wait times.

Through public records, CBS46 Investigates found that three power outages have taken place at the Atlanta E-911 Center since November. Two took place in November and one took place in February. After the February incident, a city worker recommended the city buy a new power supply because the old one was “20 years old and at end of life.”

Also in February, the chiller went down resulting in AC failure and 911 on-site dismissal.

Arnold said she could not address outages and infrastructure and sent Polansky to the Department of Enterprise Assets Management (DEAM), the department that oversees city buildings, facilities and maintenance. A DEAM spokesperson told us that a $3.6 million dollar plan is now in the works to replace and upgrade equipment at the E-911 center.

“The project includes the design and construction scope. The project will assess and replace HVAC, Electrical and Mechanical equipment including upgrading electrical room gear and other needed infrastructure. The work also includes replacing the building’s Chiller. initial assessment of the electrical systems has been completed and the design is in progress. Repairs have also been made to the existing backup Generator,”

Burden went on to say that construction is expected to begin in August 2022 and finish in May 2023.

Right now, their phone systems do not separate 911 calls from non-emergency calls.

“We’re looking to upgrade the phone system so that we can differentiate the two, so we’ll have 911 calls going into one queue and non-emergency calls going into another queue,” Arnold said.

Arnold expects that upgrade to be implemented by the end of 2022.

In the meantime, if you call 911 and you hear a recording, do NOT hang up. Arnold said hanging up and calling back will not put you at the front of the call line. In fact, it will only create more issues for call takers.

“Do not hang up the phone. Someone will answer the phone,” Arnold reiterated.

Why Covid-19 vaccine boosters may be more important than ever