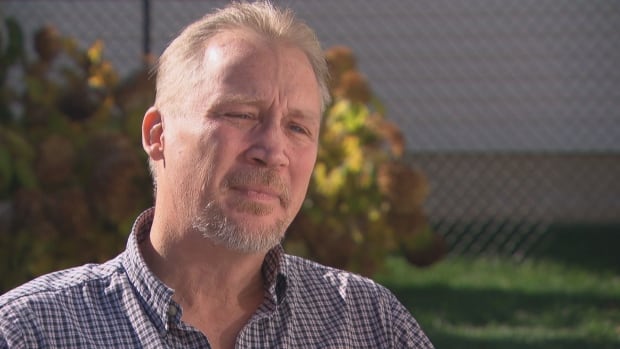 Busted at 18, an Ontario man says he lost his career to Ottawa’s broken pot pardon process


Chris O’Neill of Stittsville, Ont., says he lost his job last week because of a 33-year-old conviction for possession of cannabis — the only criminal conviction he’s ever had.

And he tells CBC News he’s getting no help at all from the federal government’s process for suspending criminal records for marijuana use.

The 51-year-old operations manager worked at a records management company that does business with the federal government. Because of his conviction, he couldn’t get the necessary security clearance.

He was just 18 years old when he was caught smoking a joint by the Trenton Police Service — a police force that no longer exists.

After he lost a business to the pandemic’s economic effects, O’Neill said, securing the job with the records management company seemed to him a sign that he was starting “to bounce back out of that … the effect that that has on your mind to find gainful employment, respected employment, with a good income.”

Now, he said, he’s back at square one. “I’m a married father of three. I have a mortgage, car payments, loan payments like everybody else. So you need to make a decent wage, and to lose it cuts our household income in half.”

O’Neill said he doesn’t blame his employer — but he does blame the government of Prime Minister Justin Trudeau.

O’Neill is prevented from getting the record suspension promised by the Trudeau government because of a Catch-22 situation that is beyond his power to fix.

The Trudeau government limited access to record suspensions to those who can prove they were convicted of cannabis possession in the first place. But O’Neill’s record mentions only possession of a narcotic in contravention of the Criminal Code.

O’Neill said he attempted to get his original court record but was told it no longer exists.

“I was told that their records are to be kept for 30 years, and unfortunately this happened to be 33 years ago, so my records have all been destroyed,” he said. “Even the courthouse that I appeared in is no longer there.”

The Trenton Police Service that arrested the teenage O’Neill no longer exists; it was replaced years ago by the Ontario Provincial Police.

Ottawa introduced new legislation making it easier for people convicted of cannabis possession to receive pardons. Officials says about 80,000 Canadians will be eligible to apply, but if they think that pardon will make it easier to travel outside Canada, they’d better think again.

“Their records have been destroyed and the onus is on me to prove to them what they charged me with,” said O’Neill. “They should know this.”

The pardon process announced by the Trudeau government was supposed to be streamlined and easy to use. For O’Neill, it has proved to be anything but.

“It takes a lot of effort, only to find out that you don’t get what you asked for, and you’ve done everything that you were asked to do,” he said.

Cases like O’Neill’s help to explain why the results of the record suspension process have fallen so dismally short of the government’s predictions.

Instead of the 10,000 applications the government expected, it has received only 972 — and 335 of those were rejected because of technical issues like those that affected O’Neill.

“We had this selective, streamlined application process for cannabis suspension,” said Abby Deshman, director of the criminal justice program at the Canadian Civil Liberties Association. “And it’s been very unsuccessful.”

The poor uptake and high fail rate of the Canadian process were thrown into stark relief this month when U.S. President Joe Biden chose to take a different approach. Biden ordered the federal government to proactively pardon all such convictions without requiring applications.

The Biden administration took that approach even though cannabis remains illegal under U.S. federal law — while in Canada, the federal government has legalized recreational cannabis use and profits from its sale.

‘No headaches, no red tape’

“There are more and more employers, community-based organizations, volunteer managers, landlords that are asking for police record checks,” she said.

“There are countless stories we’ve heard in our work of people who can’t get jobs, who can’t volunteer in their kids’ schools, who can’t cross the border, who’ve lost their trucker’s licence because they can’t get a NEXUS pass. It really is incredibly disruptive and an enormous barrier to full participation in society.”

While people can apply for pardons on their own, the process is complicated enough to support a cottage industry for legal intermediaries who promise faster processing for a price.

O’Neill said the Biden approach, if applied here, would have saved his job.

“No headaches, no red tape. No having to jump through hoops. No having to prove what you know they did to you, as in my case,” he said. “It’s just going to be a push of a button and it’s gone.

“Why is that not here? Why do we have to fight for this?

“Eventually, I’m sure it’s going to get there, where everything is gone and it’s erased. But it’s going to be a push and there’s going to be collateral damage along the way. And I happen to be one of them … and I can’t be the only person.”

Relief does appear to be on the way in the form of an NDP amendment to the government’s Bill C-5, which is now before the Senate.

NDP MP Randall Garrison (Esquimalt-Saanich-Sooke) tabled an amendment that became part of the bill before it cleared the House of Commons in June. He said he was driven to act by the poor results coming from what he called the “very, very ineffective system” created by the Trudeau government.

He said he was approached by a constituent who wanted to volunteer on his child’s softball team but could not because of a 15-year-old cannabis conviction.

“Even though the government said there are low fees, when you talk to people who have accessed that process, most of them end up using a lawyer and spending quite a lot of money to try and get through that process,” he said. “And many, many applications were rejected on technicalities.”

Not everyone can afford to engage in the process, said Garrison. “The people who really need the benefit of the expungement or sequestration of records are those who are the least likely to be able to manoeuvre their way through a bureaucratic process requiring legal assistance,” he said.

Records to be hidden

Garrison said he initially sought an amendment that would allow for complete expungement of cannabis records. The government said that would be too complicated an approach in a system where records are held both federally and provincially.

Instead, he said, the amendment allows for sequestration of cannabis records — shielding them from criminal record checks.

“Meaning that records for drug possession for all drugs will not show up in criminal record checks,” he said.

“[The government] argued that’s the best they could do technically, and my goal was to make sure those practical impacts were removed for people. And so I was assured that it’ll have the same impact on people’s lives as a complete expungement of those records.”

For people in O’Neill’s situation, the most important aspect of Garrison’s sequestration amendment is that it wouldn’t force him to prove the existence of the original possession charge. Sequestration, Garrison said, would apply to “all records of personal possession for drugs of all kinds within two years … after the completion of any sentence or community service.”

Unfortunately, said Garrison, there is no remedy for the many people who are unable to travel freely across the Canada-U.S. border because of past cannabis convictions.

“If you’re already in the U.S. system, we don’t have any ability to get your name out of their system,” he said. “Going forward, your name would not end up in their system.”

Garrison said he hopes the Senate passes the amended bill before Christmas.

O’Neill said he’s just glad that a solution is in the works for “everybody else out there that’s going through this ridiculous process.”

But any change the government accepts at this point comes too late in the day for him.

“I mean, it truly is asinine and it’s all for nothing,” he said. “Because if this bill passes, why all the issues now? Why not just get it over with and help me out, you know? You could have helped me save a job yesterday. A career.”