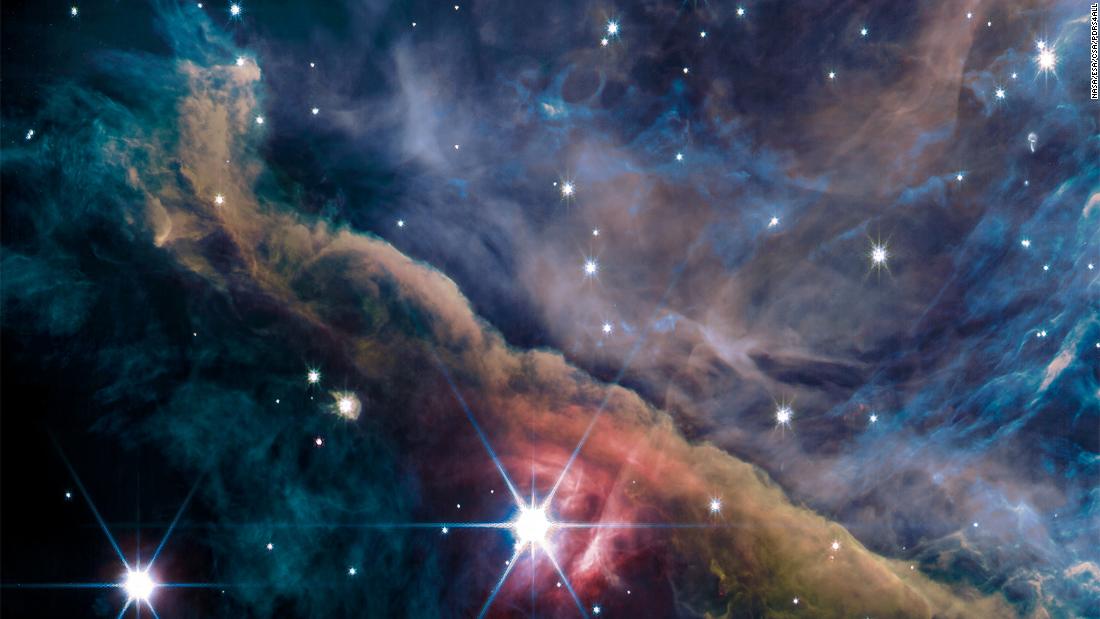 ‘Breathtaking’ Webb images to reveal the secrets of star birth

The images, released Monday, shed light on an environment similar to our own solar system when it formed more than 4.5 billion years ago. Observing the Orion Nebula will help space scientists better understand what happened during the first million years of the Milky Way’s planetary evolution, said Western University astrophysicist Els Peeters in a news release.

“We are blown away by the breathtaking images of the Orion Nebula. We started this project in 2017, so we have been waiting more than five years to get these data,” Peeters said.

“These new observations allow us to better understand how massive stars transform the gas and dust cloud in which they are born,” Peeters added.

The hearts of stellar nurseries like the Orion Nebula are obscured by large amounts of stardust, making it impossible to study what is happening inside with instruments like the Hubble Space Telescope, which rely mainly on visible light.

Webb, however, detects the infrared light of the cosmos, which allows observers to see through these layers of dust, revealing the action happening deeply inside the Orion Nebula, the release said. The images are the most detailed and sharpest taken of the nebula — which is situated in the Orion constellation 1,350 light-years away from Earth — and the latest offering from the Webb telescope, which began operating in July.

“Observing the Orion Nebula was a challenge because it is very bright for Webb’s unprecedented sensitive instruments. But Webb is incredible, Webb can observe distant and faint galaxies, as well as Jupiter and Orion, which are some of the brightest sources in the infrared sky,” said research scientist Olivier Berné at CNRS, the French National Center for Scientific Research, in the news release.

The new images reveal numerous structures inside the nebula, including proplyds — a central protostar surrounded by a disk of dust and gas in which planets form.

“We have never been able to see the intricate fine details of how interstellar matter is structured in these environments, and to figure out how planetary systems can form in the presence of this harsh radiation. These images reveal the heritage of the interstellar medium in planetary systems,” said Emilie Habart, an associate professor at Institut d’Astrophysique Spatiale (IAS) in France.

Also clearly visible at the heart of the Orion Nebula is the trapezium cluster of young massive stars that shape the cloud of dust and gas with their intense ultraviolet radiation, according to the news release. Understanding how this radiation impacts the cluster’s surroundings is key to understanding the formation of stellar systems.

“Massive young stars emit large quantities of ultraviolet radiation directly into the native cloud that still surrounds them, and this changes the physical shape of the cloud as well as its chemical makeup. How precisely this works, and how it affects further star and planet formation is not yet well known,” Peeters said.

The images will be studied by an international collaboration of more than 100 scientists in 18 countries known as PDRs4All.