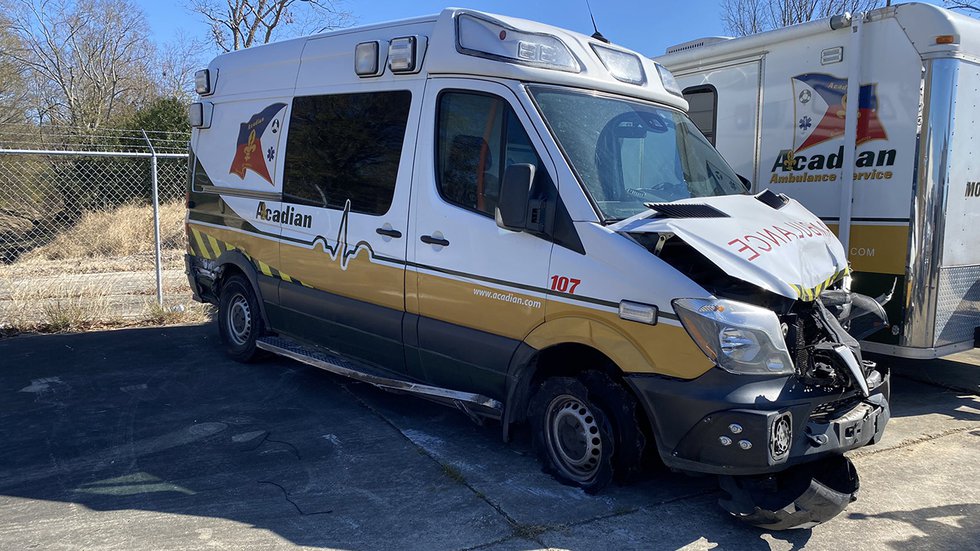 Officials said Jeremy McCurley, 38, of Baton Rouge, will be booked on several criminal charges, including theft and possession of a stolen motor vehicle, aggravated flight from officers, and other traffic violations once he is released from the hospital.

The St. Charles Parish Sheriff’s Office reported its deputies were called out to St. Charles Parish Ochsner Hospital in Boutte around 3 a.m. in reference to a stolen vehicle. According to investigators, deputies learned McCurley was being dropped off at the hospital for treatment by an ambulance and just as paramedics were getting ready to unload him, he jumped in the driver’s seat and drove off.

According to Tpr. Taylor Scrantz with LSP, troopers were then notified that a SCPSO deputy was chasing a stolen Acadian Ambulance on I-10. He added the sheriff’s office decided to end the pursuit for public safety reasons. However, a short time later the St. John Parish Sheriff’s Office saw the ambulance and started a second chase, Scrantz noted. LSP said the chase continued into St. James Parish where troopers also tried to stop the ambulance.

According to Scrantz, another trooper rammed the ambulance and ended the chase. He said McCurley then ran away and jumped off the Perkins Road overpass, resulting in moderate injuries from the fall. McCurley was taken to Our Lady of the Lake Regional Medical Center.